In his book 'The Coalition Years', former president Pranab Mukherjee, who passed away on Monday at the age of 84, had disfavoured the Congress' 2003 decision to forge alliances to defeat the BJP in the 2004 general elections. Below is an excerpt from the book. 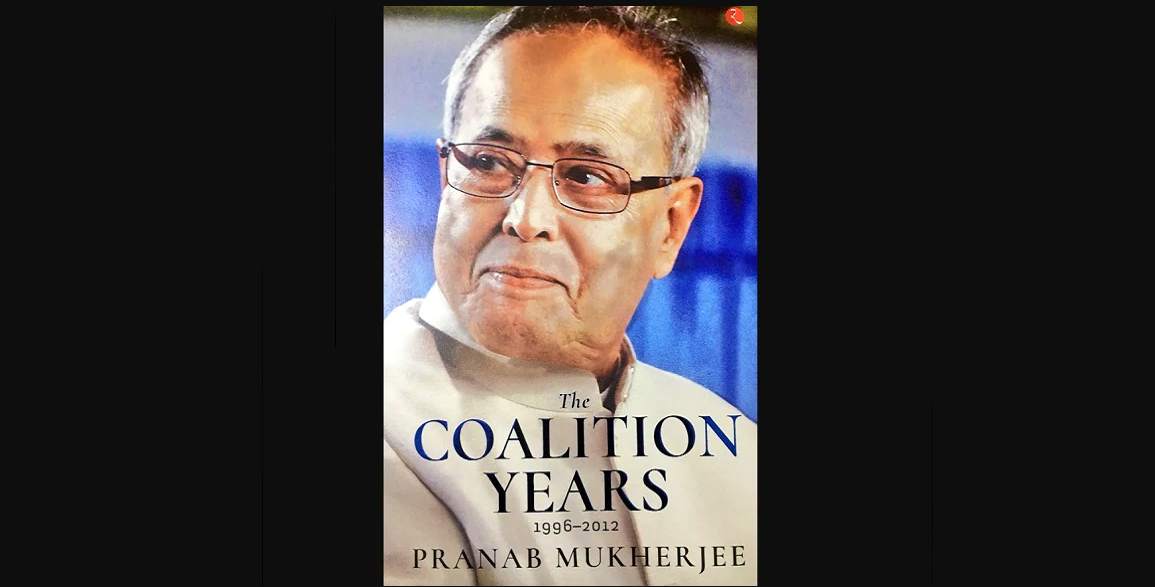 The Congress had contested these elections in some sort of alliance with 19 parties and got the largest number of seats. These were later brought together to form the United Progressive Alliance (UPA). The CPP met in the Central Hall of the Parliament at 11 a.m. on 15 May and unanimously elected Sonia Gandhi as the leader of the Congress Legislature Party (CLP). Manmohan Singh was to propose her name first and then it was to be seconded by me. I took the microphone and began by saying, ‘I welcome the members of the Congress Parliamentary Party; perhaps as the oldest Congress Member in the Parliament and one of the newest Members in the Lok Sabha.’ I could not conceal my joy at having finally entered the Lok Sabha after two unsuccessful attempts. Everyone laughed.

I continued, ‘I propose the name of Sonia Gandhi for the Leader of the Congress Party in the Parliament.’ Everybody applauded and expressed unanimous support. Thereafter, I gave the microphone to Sonia Gandhi who gave a brief analytical account of the political situation, and then thanked everyone.

On 16 May, the very next day, the UPA and its supporters elected Sonia Gandhi as the  coalition’s prime ministerial candidate. On 18 May, she declined this offer. She said:

Throughout these past six years that I have been in politics, one thing has been clear to me. And that is, as I have often stated, that the post of prime minister is not my aim… Power in itself has never attracted me, nor has position been my goal. I was always certain that, if ever I found myself in the position I am in today, I would follow my inner voice. I humbly decline the post. I request that you accept my decision; it is my inner voice, my conscience. My aim has always been to defend the secular foundation of our country and the poor of our country…

Following the announcement, scores of newly elected Congress MPs shouted and appealed to Ms Gandhi to change her mind. I heard of this announcement from Ahmed Patel, following which I rushed to 10 Janpath along with Manmohan Singh and Ghulam Nabi Azad. We met Sonia Gandhi and insisted that she was the electorate’s choice for the post of prime minister. It was a responsibility that she could not shun. We impressed upon her the need to reconsider her decision and accept this responsibility. She told me that she did not want to be the reason for sharp divisions in society because of her elevation to the position of prime minister.

Other leaders too, including Shibu Soren, K. Chandrashekhar Rao, Natwar Singh, Harkishan Singh Surjeet and Lalu Prasad Yadav tried to dissuade her. Finally, it was left to her to choose the prime minister.

There was intense speculation in the party and the media about her choice.62  Within the Congress party, the consensus was that the incumbent must be a political leader with experience in party affairs and administration. Finally, she named Dr Manmohan Singh as her choice and he accepted.

The prevalent expectation was that I would be the next choice for prime minister after Sonia Gandhi declined. This expectation was possibly based on the fact that I had extensive experience in government, while Singh’s vast experience was as a civil servant with five years as a reformist finance minister.

The media speculation and frenzy began. Some media commentators reported that I would not join the government because I could not work under Manmohan Singh, who had been my junior when I was the finance minister. The fact was that I was reluctant to join the government, and informed Sonia Gandhi accordingly. She, however, insisted that I should join the government since I would be vital to its functioning, and also be of support to Dr Singh. As it turned out, Dr Singh would talk to me on all important issues and seemed to depend on me. We shared out a good working relationship.

Meanwhile, consultations with other parties were in full swing. I was informed by Ahmed Patel that I should initiate talks with Sharad Pawar, Lalu Prasad Yadav, Ram Vilas Paswan, Shibu Soren, K. Chandrasekhar Rao (K.C.R.) of the TRS, and a few others. Sonia Gandhi met the leaders of the Left (Harkishan Singh Surjeet and Jyoti Basu); after which Ahmed Patel and I took the discussions forward.

The formula which I worked out in the presence of Sonia Gandhi, Manmohan Singh, Natwar Singh and Ahmed Patel, was that political parties with a minimum of five Lok Sabha seats would get a Cabinet rank minister. An exception was made in the case of Ram Vilas Paswan for his strength was only four seats. He had been a Cabinet minister earlier, and was an important scheduled caste leader. He had also acted as the leader of the Lok Sabha at some point.

I told Shibu Soren that his party would get one Cabinet rank minister, and he was given the Coal Ministry. He asked for another ministerial berth, which I declined.

The Congress had already decided to retain the four major portfolios of Defence, Home, External Affairs and Finance. I anticipated that Sharad Pawar would stake claim to one of the four. But he surprised me by saying that he would not join the government and instead, suggested other names from his party. I insisted that he join the government and pointed out that if the government was to survive a full term, it could not start with an inherent weakness. My approach was that basic principles should not be compromised merely to form the government. Sharad Pawar said he would accept Agriculture and asked for an additional MoS, which we readily agreed to.

Lalu Prasad Yadav wanted one of the four big portfolios, preferably Home. I told him very clearly that these four were out of the question. It was conveyed that if Raghuvansh Prasad Singh  wanted to join, he would be given an important portfolio. Ultimately, Sonia Gandhi offered him Rural Development.

I asked Sonia Gandhi to speak to Karunanidhi. She passed on the job to Manmohan Singh, who in turn requested Kamal Nath. After the discussion with Karunanidhi, it was decided that Dayanidhi Maran would get Communications & IT, while T.R. Baalu would be given Shipping, Road Transport & Highways, and A. Raja was made minister for Environment & Forests.

Sonia Gandhi and Manmohan Singh discussed likely ministers from the Congress. In that context, Sonia called me and asked which of the four portfolios I would prefer to take. Her inclination was for me to take up Finance. However, I told her that I would not like to be charged with Finance due to my ideological differences on economic policy with the Prime Minister-designate. I also told her that I would prefer Home over External Affairs—I had worked as the chairman of the Standing Committee on Home Affairs for over six years and was conversant with the ministry—and that I had no experience in Defence. She heard me out, making no commitment, nor indicating a decision other than saying that Defence was a world in itself and the Defence Ministry would offer me maximum autonomy, taking into account my seniority.

It was at the swearing-in that I got to know that I was to be the minister for Defence.

The media speculation on the reasons for Defence being given to me saw no respite. Many stories circulated, with one being that a senior Congress leader had blocked me from the Home Ministry. The media also said that the Congress President was keen that I hold the Defence portfolio as it had, under my predecessor and  the Gandhi family baiter, George Fernandes, become embroiled in several controversies. She had reportedly concluded that I would unearth many of them. A leading journalist, Shekhar Gupta, was to later write that, ‘When Congress unexpectedly returned to power in 2004, it was desperate to find something on NDA’s defence “scandals”.

I was not able to fathom what exactly was in the mind of the Congress President when she chose me to be the Defence Minister. However, I chose not to give credence to any of the rumours.

Manmohan Singh was keen on either Montek Singh Ahluwalia or P. Chidambaram for the job of Finance Minister. Although Chidambaram was not from Congress (he represented Tamil Maanila Congress, but had fought the election on a Congress ticket), he was chosen. Shivraj Patil was made Home Minister and Natwar Singh was the External Affairs Minister.

Then the question of Deputy Chairman, Planning Commission came up. Two rounds of talks were held. Sonia wanted me to hold dual responsibility, as I had done under P.V.—a major ministerial portfolio and Deputy Chairman, Planning Commission. I suggested other names. Manmohan Singh wanted Montek. Finally, Manmohan Singh’s views prevailed and Montek was assigned the position.

Once the portfolios were allocated, the second challenge was to finalize seating arrangements. Manmohan Singh was No. 1 and I was no. 2. Lalu wanted to be no. 3, but the decision was to have the Home Minister as no. 3. Lalu was hence designated no. 4, with Sharad Pawar at no. 5. I told Lalu, ‘I am putting all ex-CMs together. I am not going by any other seniority; former chief ministers in the Cabinet would sit side-by-side.’

(Excerpted from 'The Coalition Years 1996-2016' by Pranab Mukherjee with permission from Rupa Publications.)