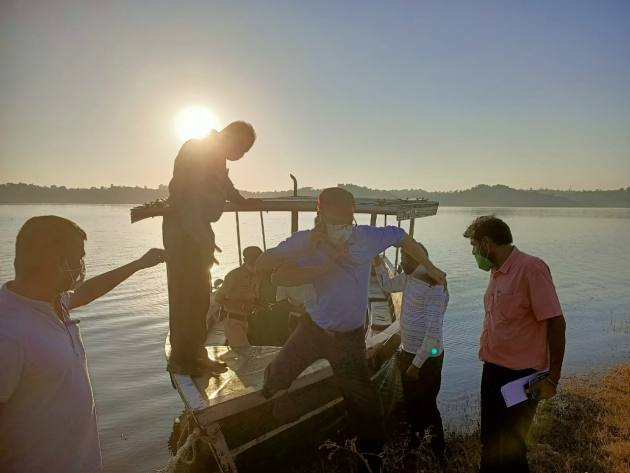 Till now, it was well known that the Election Commission of India (ECI) had to adopt special measures to facilitate voters in the toughest  and farthest valleys amid snow-bound high altitude cold deserts of Spiti in Himachal Pradesh.

Here is an encouraging story about a landlocked village located in an island .

The EC has set-up a polling booth at village Sat Kuthera, which is located inside the Pong Dam in Fatehpur constituency of Kangra district, the biggest district in Himachal Pradesh.

The village with 96 -odd voters has zero access to electricity and motorable road. Almost every family of the village owns a boat as that is the only means of conveyance here.

“They commute through their boats .We will also hire boats to send the polling party at least a day before the polling on October 30” said state’s Chief Electoral Officer (CEO) C Paulrasu.

Infact, local Sub-divisional Magistrate (SDM) Ankush Sharma has already made a trip to the village on boat to review the arrangements made for the polling as well as to motivate the villagers to ensure maximum participation in the polls.

“ We have already identified and inspected the place where the polling booth will be set-up .Arrangements have been made to provide solar lights .Some additional solar power batteries have also been arranged," Sharma told Outlook over phone.

He informed owing to the elvation of water level in the Pong dam lake after monsoon, the  entire village loses connectivity with the rest of the Kangra district. The village population uses boats to commute and even get their essentials from nearest villages and towns .

During the winters, the water level diminishes, giving the  villagers the chance to  cultivate their fields for next seven to eight months.

On Tuesday Ankush Sharma also made headlines when he reached out to a 83-year-old voter Nanku Ram, a Covid positive senior citizen and helped him to cast his vote under " Absentee voter Senior Citizen (AVSC) " category. The polling party and SDM donned PPE kits to visit the family and facilitated Nanku Ram to exercise his right to vote . 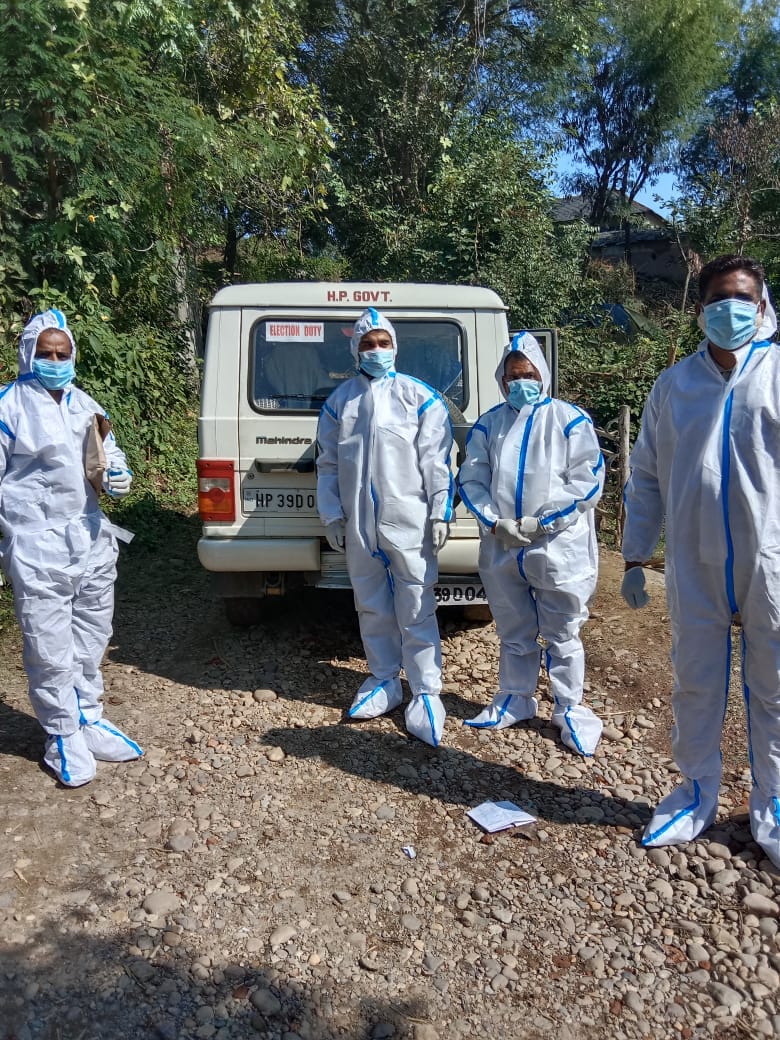 Officer on Special Duty (OSD) to Chief Electoral Officer Neeraj Kumar Sharma said “Under this category the polling parties visit senior voters and Persons With Disabilities (PWD) and make them cast their vote from home through secret postal ballot” .

There are total 371 AVSC voters above  the age of 80 years in Fatehpur assembly constituency. Of these,  362 have already voted through secret postal ballots .

“ In the case of Nanku Ram , I myself chose to accompany the polling party to ensure adherence to Covid SoPs ,as per EC guidelines, and also ensure secrecy of the vote.  The rest of the family (of Nanku Ram) is also in quarantine till October 29 and they will be able to vote in October at the local booth” informed Sharma .