BJP has claimed it can count on the support of 119 MLAs and will form government in Maharashtra. 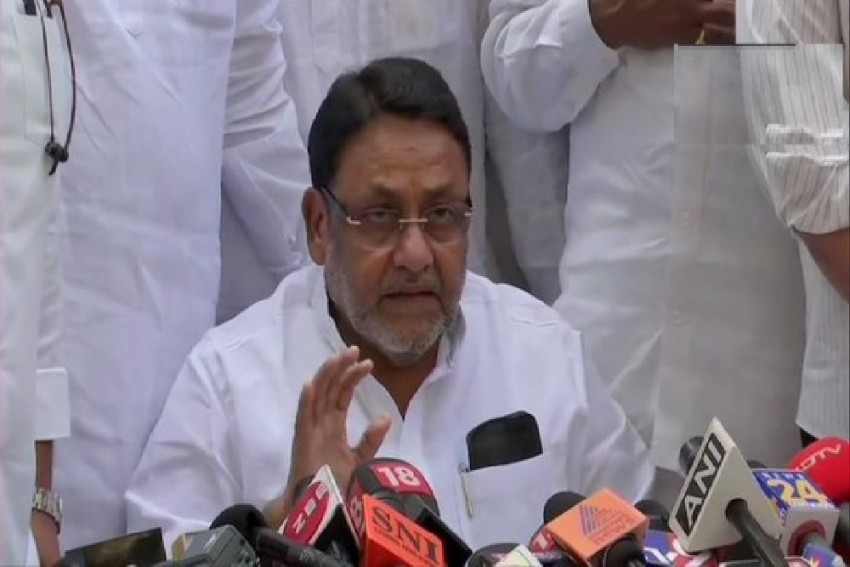 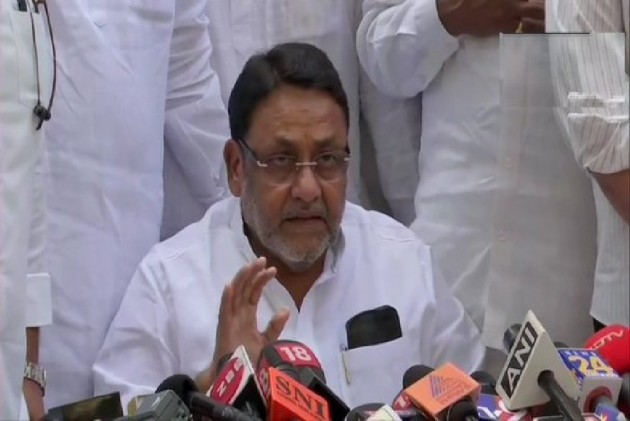 The Maharashtra BJP is bedevilled by the trepidation that politicians who joined the party ahead of the October 21 Assembly polls will defect and, hence, its leaders are claiming they will form government in the state, the NCP said on Saturday.

NCP chief spokesperson Nawab Malik made the remarks a day after Maharashtra BJP chief Chandrakant Patil said his party will soon form the government and claimed it can count on the support of 119 MLAs, including Independents, in the 288-member Assembly.

Meanwhile, a meeting of Maharashtra BJP leaders is underway in Mumbai. Former Maharashtra CM Devendra Fadnavis and Patil are also present there.

As BJP had earlier backed off from staking claim to form government, its sudden comeback in the arena has sparked a row, drawing sharp reactions from both Shiv Sena and NCP. The Uddhav Thackeray-led party is in talks with NCP and Congress for creating an alliance to form government.

"Those with 105 seats had earlier conveyed to the governor that they do not have the majority. How come are they now claiming that only they will form the government?" asked Shiv Sena's mouthpiece Saamana, saying that this made evident BJP's intention of horse-trading under the guise of President's rule.

NCP leader Malik also attacked former Maharashtra Chief Minister Devendra Fadnavis over his recent remark that a non-BJP government will not last for more than six months, saying the latter spoke, like the general of a defeated army, to boost the morale of his party men.

"The former chief minister is trying to boost the morale of his party workers like the general of a defeated army. We think they have been defeated and they will have to accept this. They are not ready to accept defeat, but one takes time," Malik said.

On Patil's remark, Malik questioned why the BJP did not form a government earlier if it had the numbers as claimed by its Maharashtra unit chief.

"None can form government (in Maharashtra) without the backing of at least 145 MLAs. They (the BJP) do not have their own MLAs, it brought leaders from other parties into its fold," Malik said.

He was referring to slew of leaders from the Congress and NCP joining the BJP ahead of the October 21 Assembly election.

"They (the BJP) now have trepidation that these MLAs (who joined BJP from other parties) will defect. Hence, they (BJP leaders) are making these statements to keep the flock together," Malik said.

Amid the current political stalemate in Maharashtra, Union minister and BJP leader Nitin Gadkari on Friday likened politics with cricket, saying "anything" could happen in both these fields as those who appear to be losing the match might actually win the game.

Queried on the Union minister's statement, Malik said he was not aware whether Gadkari had understood that people have "clean bowled" the BJP.

Maharashtra is at present under Presidents rule.

Politics in Maharashtra took a turn after the Shiv Sena walked away from its ally BJP over sharing the chief ministerial post.

The two parties fell out after having contested the October 21 Assembly polls together and coming up with 161 seats jointly.

At present, Shiv Sena is in the process of working out a new equation with erstwhile rivals NCP and Congress to form a non-BJP government in the state.