The election of Vishweshwar Hegde Kageri would be formally announced when the Assembly meets on Wednesday. 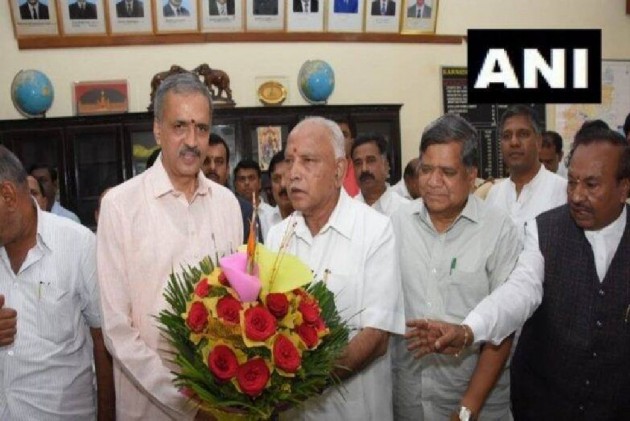 Senior Bharatiya Janata Party MLA Vishweshwar Hegde Kageri is all set to become the next Speaker of Karnataka Assembly as he is the only candidate to file his nomination papers for the post on Tuesday.

At the expiry of the deadline at 12 noon, six-time MLA, Kageri was the only one to have filed the nomination papers for the post, which fell vacant after K R Ramesh Kumar quit on Monday.

"We received only one nomination that was of Vishweshwar Hegde Kageri," PTI quoted an official in the Karnataka assembly secretariat as saying.

Ramesh Kumar had resigned after a 14-month-long tenure under the Congress-JDS coalition government on Monday after the 3-day-old B S Yediyurappa ministry won the vote of confidence in the Assembly.

A Congress spokesperson said the party did not field any candidate because the BJP has the majority and it has been the convention of electing the speaker unopposed. The JD(S) spokesperson too echoed the same views.

The election of Kageri would be formally announced when the Assembly meets on Wednesday, BJP sources said.

After being an active member of the Akhil Bharatiya Vidyarthi Parishad, the student wing of the Sangh Pariwar, Kageri climbed up the political ladder. Kageri got elected to the Karnataka assembly from Ankola assembly seat in 1994 and since then there has been no looking back.

Kageri had also served as the minister for primary and secondary education.