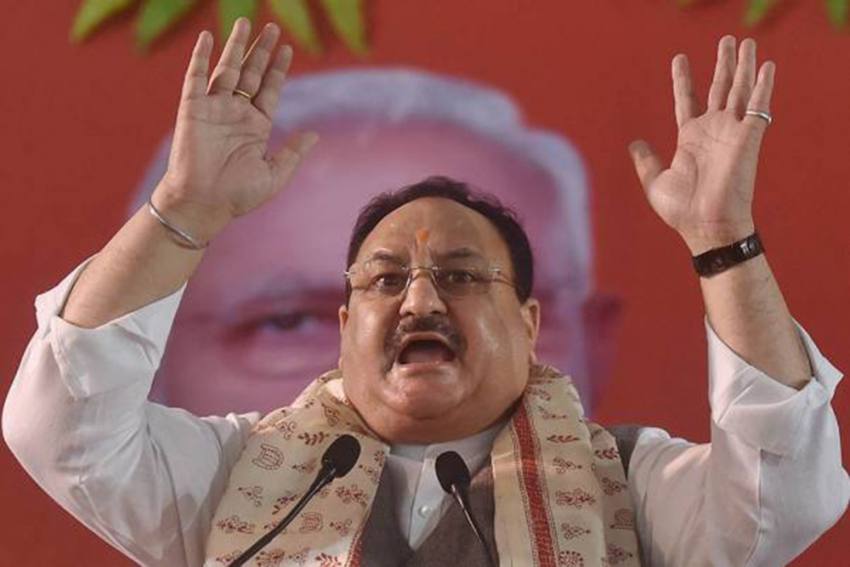 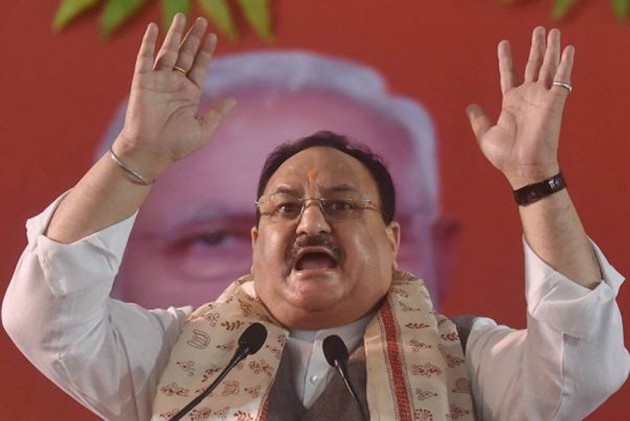 The BJP emerged victorious in every single poll conducted in Assam since 2016 because of the state government’s development-related initiatives, BJP chief JP Nadda said on Monday. While launching the party’s poll campaign in the state, Nadda also exuded confidence of the BJP returning to power after the Assembly elections scheduled to take place later this year.

BJP will win more than a hundred seats in the 126-member House, Nadda said while addressing 'Vijay Sankalp' rally at the police parade ground in Silchar.

Its BJP's "double engine" government at the centre and the state that has led to proper implementation of all schemes in various sectors, he added. "Throughout the country people have time and again reposed faith in Modi ji which has resulted in the BJP winning almost all elections at all levels", Nadda said.

Recent elections at Ladakh, Jammu and Kashmir, Gujarat, Karnataka, Telangana, Uttar Pradesh, Bihar and North East have shown that people want to be part of Modi’s "model of development" and they also served as an example of "how a party and the government can work together", the BJP president said.

Nadda’s move to launch the BJP's poll campaign from the state’s Barak valley, which has a sizeable population of Hindu Bengalis, is significant as it was here that the party first made inroads in the state by winning two Lok Sabha seats and nine Assembly seats in the early nineties. Barak valley comprises of 15 assembly segments in the three districts of Cachar, Karimganj and Hailakandi districts.

The BJP president, harping on the development agenda of the government, steered clear of the twin issues of National Register of Citizens (NRC) which was published in 2019 but is yet to be implemented and Citizenship Amendment Act (CAA) which created a stir in the rest of Assam but was welcomed in the Barak valley.

Nadda asserted that the BJP has given due recognition to Assam's culture, language and identity.

Highlighting the saffron party's attachment with Assam, Nadda said it was the BJP government that bestowed Bharat Ratna on Lokopriyo Gopinath Bordoloi and Bhupen Hazarika.

Prime Minister Modi and Union Home Minister Amit Shah resolved the 50-year-old Bodo issue by signing the Bodo Accord due to which the territorial integrity of the state remained intact and the militants were also brought to the mainstream, the BJP chief added.

More than four thousand people had lost their lives but the BJP took all the stakeholders into confidence and the Bodo Accord in January last year ensured that their demands were given due recognition along with a Rs 1500 crore as a rehabilitation package for the militants, Nadda pointed out.

In neighbouring Tripura, too, the long standing Bru-Reang standoff has been resolved with a package of Rs 600 crore and 36,000 internally displaced families rehabilitated, he added.
The Land Boundary Agreement with neighbouring Bangladesh and the subsequent land swap has also allayed the fear of the people of Assam, he said.

The subsequent smart fencing project at the border will also solve the problem of trafficking which is rampant in Assam, he added.

During the 15-year Congress rule in the state,2155 civilians and 284 security forces personnel were killed,1200 persons were kidnapped, 51 per cent of the population had no power and 56 per cent were without toilets, he alleged.

Attacking the Congress further, Nadda said they started projects and delayed the work which escalated the cost but never completed those projects.

After the BJP government came to power in Assam in 2016, it completed the Bhupen Hazarika Bridge, Bogibeel Bridge and the Gas Cracker Project in the state, he said.

New projects also include the setting up of the All India Institute of Medical Sciences at Guwahati at a cost of Rs 13,500 crore with a recurring cost of Rs 2000 crore annually and "I am fortunate to have sanctioned this when I was the Union Health Minister", Nadda said.

He also claimed that the Numaligarh Refinery was given a boost and the bio-refinery upgraded, 15 new national highways were created, 21 state highways upgraded and five new bridges will be set up over the river Brahmaputra.

It was due to Modi's initiative that 35 lakh toilets were built and Assam became Open Defecation Free, along with providing 17 lakh new gas connections, leading to women empowerment, he said.

Referring to the state government's initiative of providing scooty and cycles to girl students, Nadda said this was "a way of showing respect to women and providing them with an oppurtunity to pursue education and get empowered".
(With PTI inputs)