BJP Seethes At 'Unholy' Alliance Between NC, PDP To Help Congress in Jammu

While analysts say the Congress has not shown any gratitude to the regional parties over their radical move to abstain from contesting in Jammu, the BJP is angry with them and terms the decision of the PDP and the NC as a conspiracy. 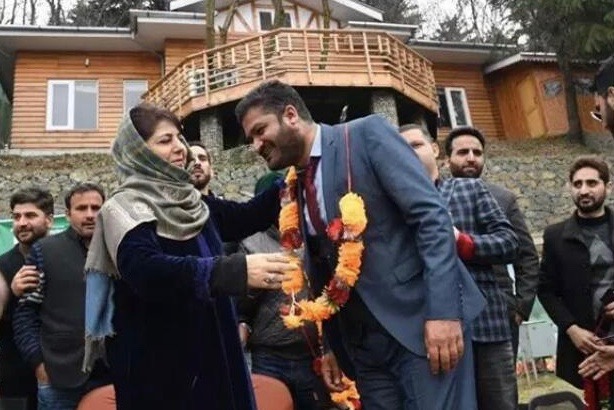 As two regional parties of the state, National Conference and the People’s Democratic Party (PDP), have given unconditional support to Congress candidates in Jammu by not fielding any candidates from two Lok Sabha seats of Jammu division, the BJP is seething with anger and has termed the action of NC and PDP as an “unholy” one.

Congress claims that it has not fielded any candidate against NC president Dr. Farooq Abdullah, who is contesting from Srinagar-Ganderbal constituency,  in response to the NC’s decision not to contest in Jammu. However, the Congress party has no presence in Srinagar, making it immaterial whether it fields any candidate or not.

The Congress party has fielded a candidate against the NC from North Kashmir’s Lok Sabha seat. In the 12th legislative assembly the party had only MLAs from North Kashmir’s Baramulla-Kupwara constituency. In similar fashion, Congress, which had only two MLAs from South Kashmir in the last Assembly, is going to field candidate against the NC candidate Justice (retired) Hasnain Masoodi. The PDP president Mehbooba Mufti is also contesting from South Kashmir’s Anantnag constituency.

The Congress terms the contest in the two seats of South and North Kashmir of Kashmir division as friendly contest, but the NC says there is nothing friendly in the contest. “We are contesting from North Kashmir’s Lok Sabha seat as well as South Kashmir seat. Contest means contest and there is nothing friendly in it,” says NC spokesman Imran Nabi. He said the NC didn’t field any candidate in Jammu for the sole reason to keep the secular vote intact.

The PDP leader Waheed Parra says the PDP didn’t field any candidate in Jammu hoping that the secular vote shouldn’t get divided. While analysts here say the Congress party has not shown any gratitude to the regional parties over their radical move to abstain from contesting in Jammu, the BJP is angry with them and terms the decision of the PDP and the NC as a conspiracy. Parra says both NC and PDP have huge chunk of vote in Jammu region but the parties by not contesting have ensured that the Congress candidate wins.

BJP State president, Ravinder Raina, on Tuesday devoted most of his time to criticise the NC and PDP’s decision to leave the field for Congress in Jammu, while addressing a press conference. He convened the press conference to spell out the BJP’s grand rally to be addressed by Prime Minister Narendra Modi on March 28 in Jammu. Raina described the NC-PDP and Congress coming together as an “alliance of traitors”.

BJP state spokesman, Brig Anil Gupta, Tuesday called the move of NC and PDP as  “in line with their (NC-PDP) agenda of maintaining Kashmiri hegemony”. He says it is precisely for this reason that PDP president Mehbooba Mufti has decided not to field any candidates in the two parliamentary seats of Jammu in order to “prevent division of secular votes while in Kashmir they continue to spit venom against each other.”

“It is amply clear that none of these parties have the confidence of beating BJP on their own strength. Therefore, they have entered into an ‘alliance of convenience’ in the imaginary hope of defeating BJP. The meteoric rise of BJP and the popularity of Prime Minister Modi when compared with the ever declining vote share of NC, PDP and Congress will ensure that this opportunistic alliance does not make any dent on the BJP,” Gupta says.

Former Deputy Chief Minister Kavinder Gupta, while addressing a gathering at Jammu on Tuesday, said, “the Congress is being supported by PDP and NC in Jammu division.  “These parties are playing the divisive politics just to befool the voters,” he added.