BJP's move comes after Madhya Pradesh Assembly speaker NP Prajapati adjourned the house till March 26, the date for the highly anticipated Rajya Sabha polls for three seats of the state. 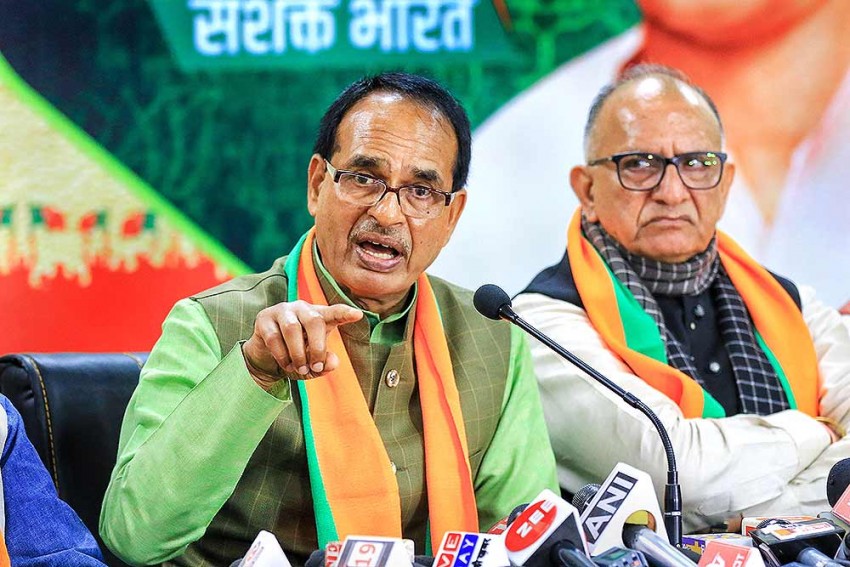 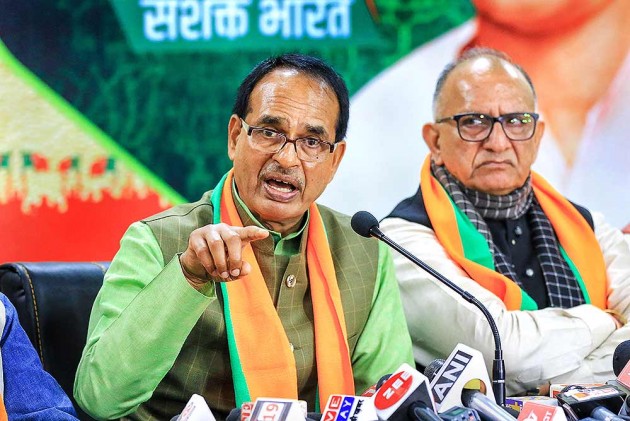 Not even an hour after the Supreme Court agreed to hear, on Tuesday, former Madhya Pradesh chief minister Shivraj Singh Chouhan's plea seeking a direction to the Kamal Nath-led government to take a floor test, 106 BJP MLAs have reached the governor's residence and demanded the same immediately.

The plea, mentioned before the mentioning officer of the apex court for urgent hearing, said the Speaker, the Chief Minister and the Principal Secretary of the Assembly be directed to "hold the floor test in the Madhya Pradesh Legislative Assembly within 12 hours of the passing of the order by this court and as directions...issued by Governor".=

Filed through lawyer Saurabh Mishra, the plea said: "It is submitted that on account of lack of confidence and resignation of 22 MLAs of Congress party out of which the resignation of six MLAs having been already accepted by Speaker, the government led by Chief Minister Kamal Nath has been reduced to minority. It has no moral legal, democratic or constitutional rights to remain in power even for a single day.

"All possible attempts are being made by the Chief Minister to convert his minority government into majority by giving all possible threats, allurements to the members of Madhya Pradesh Vidhan Sabha. The horse trading is at its peak. Therefore, it is essential that the floor test is conducted on March 16 itself as already directed by Governor so that it becomes absolutely clear as to whether the chief minister continues to enjoy the confidence of the majority of the Madhya Pradesh Vidhan Sabha".

It said any deferment of the floor test will further encourage "horse trading" and will be in utter violation of the directions issued by the Governor, law laid down by this court and the spirit and basic structure of the Constitution of india.

Besides Chouhan, nine other BJP MLAs, including Gopal Bhargava and Narottam Mishra, are the four petitioners in the case in which the state assembly speaker, Nath are made party as respondents.

On Saturday night, Governor Lalji Tandon wrote to Nath asking him to seek a trust vote in the Assembly soon after the Governor's address on Monday, saying his government was in minority.

The Governor had also directed that the trust vote be held by division of votes and the process be recorded on video by the Vidhan Sabha through independent persons.

"The above work must be completed under any circumstances on March 16, 2020 and it should not be adjourned, delayed or suspended," he had said in the letter.

READ ALSO: Scindia's Exit Embarrasses Congress, But Will He Also Muddy The Waters For BJP In MP?

Earlier in the day, Madhya Pradesh Assembly Speaker was adjourned till March 26 after the address of Governor Lalji Tondon without taking the floor test.

After the Speaker accepted the resignation of six Congress MLAs on Saturday, the party now has 108 legislators.

These include 16 rebel legislators who have also put in their papers but their resignations are yet to be accepted.

The BJP has 107 seats in the House, which now has an effective strength of 222, with the majority mark being 112.

The governor on Saturday night directed the chief minister to seek a trust vote in view of 22 MLAs of the ruling Congress resigning from the party on March 10 after Gwalior royal Jyotiraditya Scindia decided to quit the party and join the BJP.  Since then, the Nath government has been walking on thin ice and could fall anytime.