The Congress leader also said that the central government only understands the language of street protests. 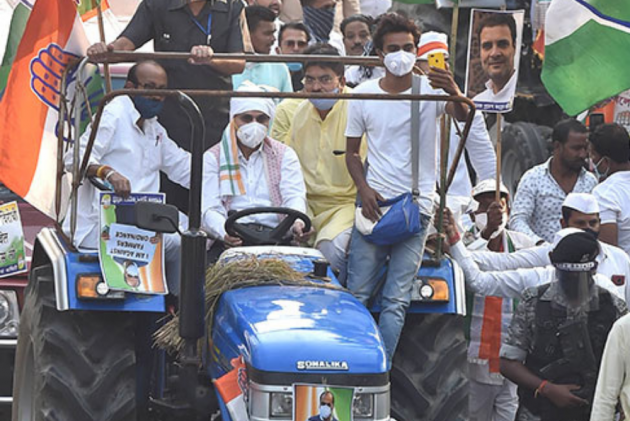 Ahead of the fifth-round of talks scheduled to be held between the Centre and protesting farmers to discuss the new farm laws, senior Congress leader Adhir Ranjan Chowdhury on Saturday hit out at the BJP and said that the Centre only understands the language of street protests.

He said that the Congress had sought more consultation and scrutiny of the legislations through the Parliament Standing Committee, but the party’s plea was turned down and instead Congress MPs were suspended from Parliament when they opposed it.

"When Congress opposed the anti-farmer bills, the ruling party accused us of undermining the interest of farmers, and even suspended our members in Parliament when division was sought before clearance of the legislations," Chowdhury, leader of the Congress party in the Lok Sabha, said.

When Congress opposed the Anti-Farmer bills, the ruling party accused us of undermining the interest of farmers, even suspended our members while division was sought after in the parliament,
1/3

Farmers’ Protest Enters Day 10, Fifth Round Of Talks With Centre To Be Held Today

"Now the same government has been forced to bow down and concede to demands of the farmers…the government only understands the language of agitation on the streets," he tweeted.

Now the same govt has been compelled to bow down and conceding to the demands of the farmers in a very reluctant manner, we asked for more consultation and scrutiny through standing committee.
2/3

Farmers are scheduled to meet with Union ministers for the fifth-round of talks over the issue on Saturday. Ahead of the crucial meeting, Rajnath Singh and Amit Shah met Prime Minister Narendra Modi to deliberate over proposals likely to be made to the agitating groups, sources said. Union agriculture minister Narendra Singh Tomar and railway minister Piyush Goyal were also present in the meeting. The fourth-round of talks between the government and the agitating farmer unions held on Thursday failed to end the standoff over the new farm laws.