Samantray's delayed apology, however, did not cut much ice with Twitteratti. 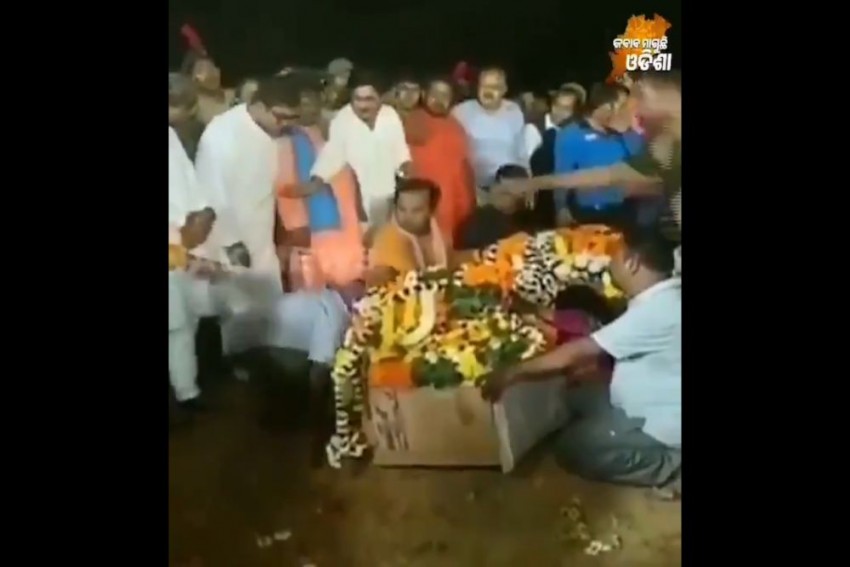 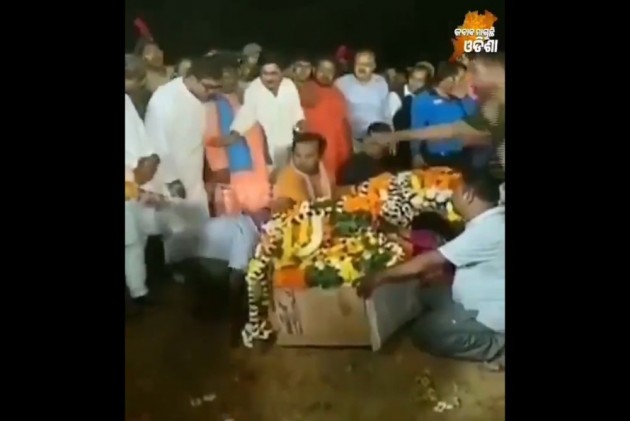 There was widespread outrage in Odisha over a video that went viral showing BJD MLA from Barabati-Cuttack, Debashish Samantray, pushing and shoving a relative of Manoj Behera, one of the 40 CRPF jawans killed in the February 14 terrorist attack in Pulwama, during the latter’s funeral on Sunday.

The video, captured by Kanak TV during its live telecast of the event at Madanpur village near Niali in Cuttack district, shows an angry Samantray holding a man by the scruff of his neck and forcing him to sit down. Ever since it was posted, the video has invited stinging criticism on social media of the ruling party MLA’s ‘unbecoming’ behaviour during such a sombre occasion.

After remaining incommunicado for two days, the lawmaker finally broke his silence on the matter in a telephonic conversation with Outlook.

“I have extreme respect for the martyr and was with his family for the whole day. In fact, I was also one of the pallbearers. During the time of guard of honour, it was a little chaotic. Unknowingly, I made the person sit without any intention. Still, if it has hurt someone, I am extremely sorry for it,” Samantray said.

Asked if there was some provocation from the person, the MLA said; “None at all. No one has complained – neither the person, who is a distant relative of the martyr, nor his family. Protocol demands there should be no movement in front of the coffin when the guard of honour is being given. That’s why I was trying to make the person sit down. But I am sorry if I have hurt anyone unwittingly,” he added.

His delayed apology, however, did not cut much ice with Twitteratti.

“If it was the case, why was he kept mum for so long time (sic)?” asked @niharrmohanty while @jyotsnadevi33 asked “Do you believe him? In the video, he is clearly manhandling Martyr’s Relation.”

Earlier in the day, Biju Janata Dal spokesperson Dr. Sasmit Patra had made light of the viral video, saying it was being blown out of proportion. “No one from the martyr’s family has complained. So, let there be no politics over it,” he said.