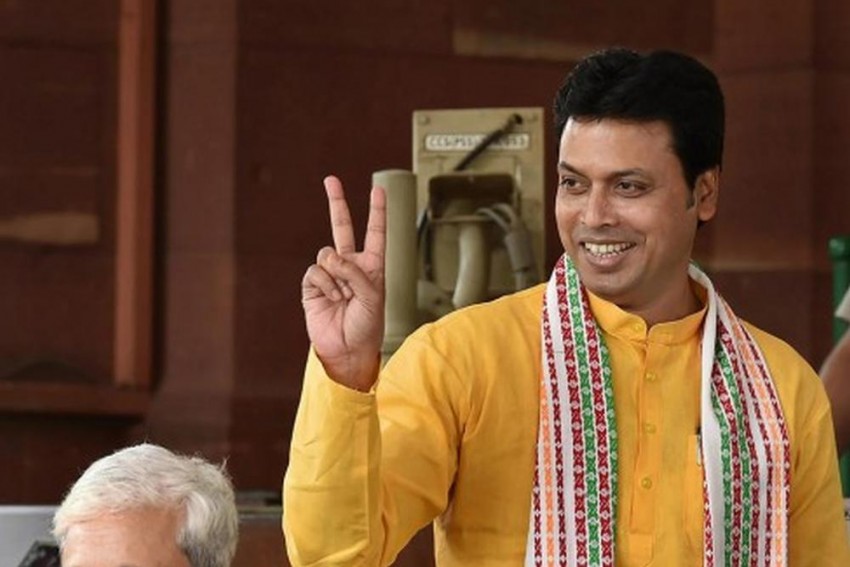 After completion of three years and four months, the BJP-IPFT government in Tripura led by Chief Minister Biplab Kumar Deb is likely to reshuffle and expand in the form of recent expansion of the union cabinet under Prime Minister Narendra Modi.

Since more than a year there have been whispers about expansion in Deb’s cabinet. Deb himself has been overloaded holding maximum number of departments including - Home, PWD (Including DWS), Industry & Commerce (Including IT), Health & Family Welfare, UDD, General Administration Department, Labour, Information & Cultural Affairs, all Policies and any other Department(s) which are not allocated to any Minister.

At present there are four vacancies in the Tripura cabinet. While three seats have been vacant since the government came to power in March 2018 and later in 2019, one more was added after the exit of former Health Minister Sudip Roy Barman.

In the TTAADC election which was held in April this year, the ruling BJP could manage only nine seats while merely a three months-old tribal based party Tipraland State Party (TSP), formed under the chairmanship of Tripura royal scion Pradyot Kishore Deb Barman and which fought on issues of ‘Greater Tipraland’, NRC and CAA had captured the district council winning18 out of 28 seats.

Meanwhile, there has been wide resentment amongst the party leaders, workers and even the MLAs over Deb keeping so many portfolios and being intrusive in the party decisions. The new president Dr Manik Saha is considered as his ‘yes man’.

The BJP central leadership after losing the West Bengal election gave a clear indication that the party cannot take a chance to go down in any state and it became more evident with twice changing guards in a four months period in poll bound Uttarakhand.

At least six MLAs on various occasions had openly come out against Deb’s leadership but silenced by the central leadership from time to time including an occasion when he (Deb) insisted for ‘public litmus test’ on his performance during an open public gathering at Vivekananda ground in reaction to dissident BJP MLAs and supporters seeking his removal.

There are also indications of reentry of Sudip Roy Barman in the cabinet and MLA Ramprashad Paul as office bearer in the party as the central leadership wants to bring down the collateral damage in Tripura.

According to sources, soon after Deb returns from Delhi meeting the top leadership including PM Modi, there shall be declaration of his cabinet expansion and reshuffle on the basis of including suitable legislature from assorted cast and community and also targeting to play down the resentment.

Along with new faces, chances of way out of a few ministers is also highly likely but the question remains will Deb be able to bring down the internal squabble or will it further add fuel to it?