Vegetable For 1 Lakh Per Kilo? This Bihar Farmer Is Growing World's Costliest Crop

Amresh Singh from Karamdih village under Navinagar block of Bihar's Aurangabad district is among the pioneers in hop-shoot cultivation in India. 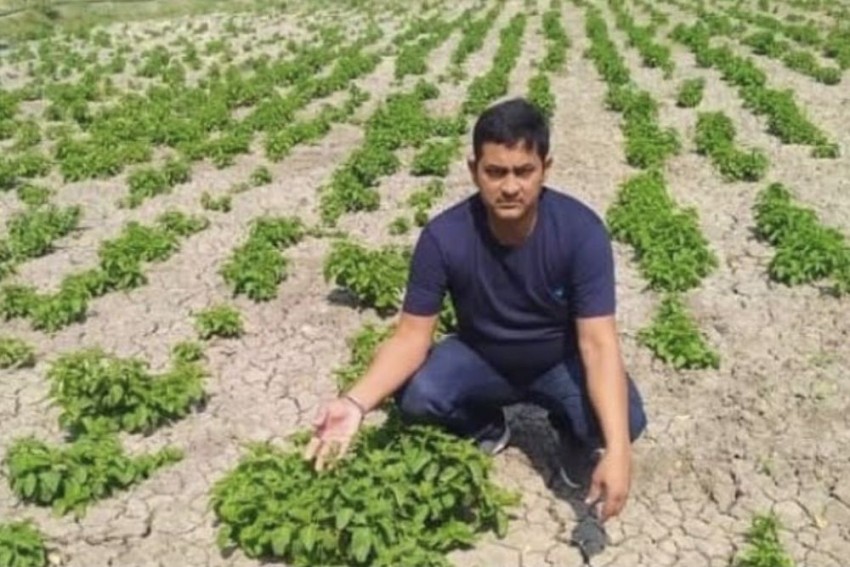 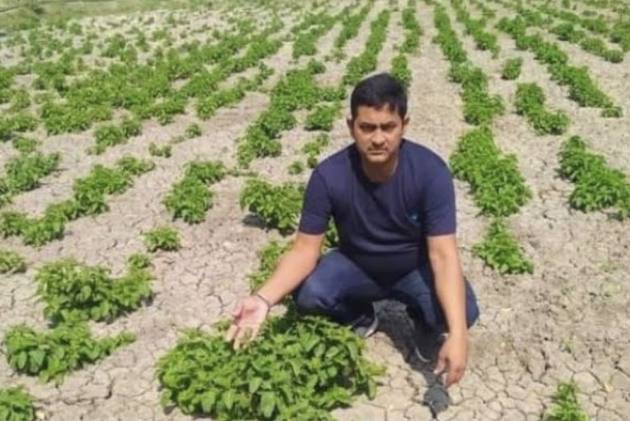 Amresh Singh from Karamdih village under Navinagar block of Bihar's Aurangabad district is among the pioneers in hop-shoot cultivation in India.

Pictures of Amresh in his farm were shared by IAS Supriya Sahu on Twitter. "One kilogram of this vegetable costs about Rs 1 lakh ! World's costliest vegetable, 'hop-shoots' is being cultivated by Amresh Singh an enterprising farmer from Bihar, the first one in India. Can be a game changer for Indian farmers", she wrote.

One kilogram of this vegetable costs about Rs 1 lakh ! World's costliest vegetable,'hop-shoots' is being cultivated by Amresh Singh an enterprising farmer from Bihar, the first one in India. Can be a game changer for Indian farmers ðÂÂÂÂÂÂÂÂªhttps://t.co/7pKEYLn2Wa @PMOIndia #hopshoots pic.twitter.com/4FCvVCdG1m

According to Amresh, while the fruit called hop-cone is used in making beer, the stem is used for medicinal purposes like making antibiotics.

The plant is also used as herb. In Europe, it is used for keeping the skin gleaming and young since it is also a source for antioxidants.

“A farmer growing this vegetable can make as much as Rs. 50-60 lakh from each katha,” he stated.

Singh invested Rs. 2.5 lakh for a trial over about five katha of land where he said that he is growing hop-cone organically, without using chemical fertilisers or pesticides.

Reports indicate the shoots have an acid called humulone and lupulone, believed to be effective in killing cancer cells.

It is also said to improve digestive system function, help those suffering from depression; acts as an analgesic and can even cure insomnia.

Singh said that in India, though hop-cone grew earlier in the cooler climes of Lahaul in Himachal Pradesh, his crop is growing well in Bihar too.

“My grandfather used to own about 200 bighas of land, but we faced some problems and I had no choice but to break my education midway and take up the family profession,” he explained.

He could not continue his studies after the intermediate or pre-college level due to family compulsions.

“I always like to think out of the box,” he said, adding that he specialises in medicinal and aromatic plants.

(A few days after we published this story, some media reports say that the farmer has made false claims. The news of hop shoots being cultivated in a Bihar village appeared in several media reports and went viral on the net. We had interviewed farmer Amresh Singh then who added that he was not keeping well. Now, according to a Dainik Jagran report, the crop was nowhere to be seen when its team reached the farm. It quoted Amresh, who said over phone that due to his ill health he could not tend to the crop and that his partner failed to take care of them. Thus, the crop dried. The report also said that Agriculture Department officials could not find such a crop. When asked, villagers said they are not aware of its cultivation. Assistant Director Horticulture Jitendra Kumar told Dainik Jagran website that when he went to investigate, he didn't find any hop shoots farm in Aurangabad. Meanwhile, Zee News also reported that family members of Amresh Singh, villagers, and the district agriculture department have dismissed Amresh’s claim saying no such crop is being grown in the area.)

Book Review: The Water Phoenix Is A Powerful Memoir Of Childhood Abuse, Anguish, And Redemption