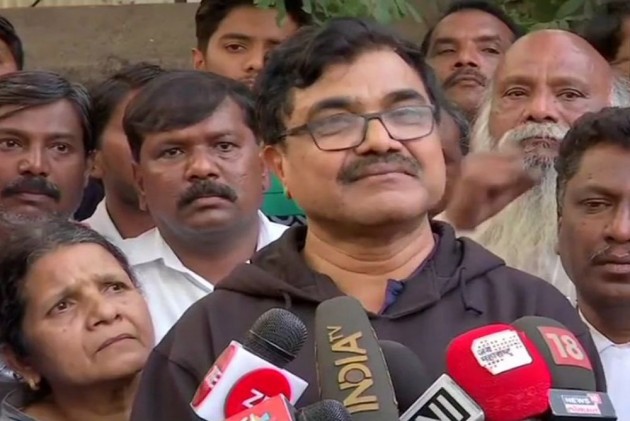 Pune Police told the Bombay High Court on Tuesday that it will not arrest activist Anand Teltumbde till February 12 midnight.

The statement was made by state's counsel Aruna Pai, representing Pune Police, before a bench of Justice N W Sambre.

Teltumbde was last week arrested by the Pune Police in the Elgar Parishad case and then released following a session court order.

Teltumbde is an accused in the Elgar Parishad-Koregaon Bhima case registered by the Pune police. The case was filed following violent clashes at Koregaon-Bhima village near Pune on January 1, 2018.

Earlier last year, Teltumbde, who the police claim has Maoist links, had filed another plea in the high court, denying all charges against him and sought quashing of the FIR against him in the case.

The Dalit scholar had said he was not part of anything illegal and that on December 30-31 2017, he was in Goa and not in Pune or anywhere near the site of violence.

The Pune police, however, had objected to Teltumbde's plea, saying while they were yet to arrest him as they were was "busy" probing other accused persons in the case, they had adequate incriminating evidence against him too.

The court had refused to quash the FIR.

Teltumbde then approached the Supreme Court and was given the liberty to file an anticipatory bail plea till February 11 this year.

However, Teltumbde was arrested from the Mumbai airport at around 3 am on Saturday. His arrest was deemed illegal by a sessions court and he was released from custody later in the day.

Teltumbde was booked by the police following an Elgar Parishad event on December 31 2017, which, the police alleged, triggered violent clashes the next day at Koregaon-Bhima.

According to police, the event was funded and supported by Maoists.

At the event, some activists made inflammatory speeches and provocative statements that contributed to the January 1 violence, they had said.

Several activists were named in the FIR. Some of them, including Arun Ferreira, Vernon Gonsalves, Sudha Bharadwaj, P Varavara Rao and Gautam Navlakha, were initially put under house arrest on the directions of the Supreme Court.

However, all of them, except Navlakha, were recently re-arrested and taken into custody by police.