Be Fair And Non-Discriminatory: Rahul Gandhi Tells EC On Show Cause Notice

Responding to a show cause notice by the EC, Congress president Rahul Gandhi told the poll panel that he had tried to summarise a proposed amendment to the Indian Forest Act in a simple language during a political speech. 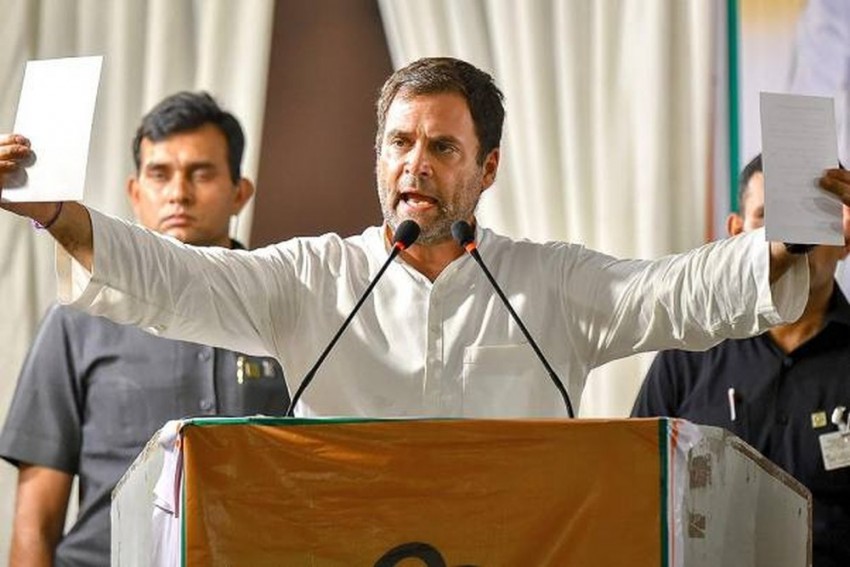 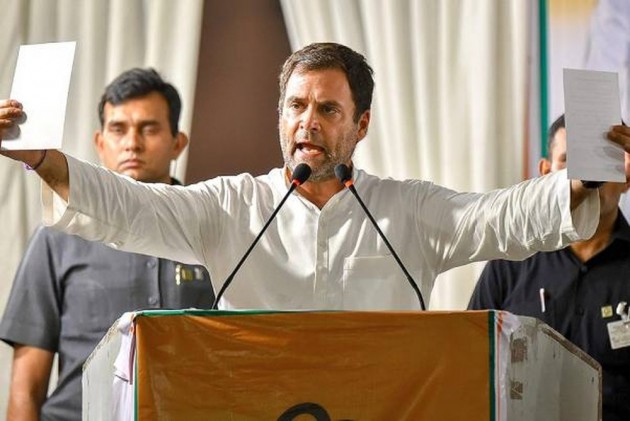 Congress President Rahul Gandhi is learnt to have told the Election Commission to be "fair and non-discriminatory" in dealing with complaints of poll code breach and claimed "not guilty" of its violation by his charge that the Narendra Modi government has enacted a new law that allowed tribals to be shot at.

Responding to a show cause notice by the EC, Gandhi is learnt to have told the poll panel that he had tried to summarise a proposed amendment to the Indian Forest Act in a simple language during a political speech.

He told the poll panel that his words, in Hindi, were used in a "free flow of a political speech" and there was no intention of "misleading, misrepresenting or stating false and non-existent facts".

He cited a number of statements of BJP leaders including that of Prime Minister Narendra Modi and BJP chief Amit Shah, made during campaigning, in which some "objectionable" words have been uttered and which have been decided by "unreasoned and cryptic orders" and that too after more than 40 days of the complaints.

The Congress chief is also learnt to have told the poll panel that the complaint was lodged against him by the BJP only to distract him from campaigning in the Lok Sabha elections as he is the head of a political party and also its star campaigner.

He claimed there was no violation of the Model Code of Conduct by him during his speech and his criticism was confined to the policies and programmes and work of Modi government.

Gandhi has argued that an election is an "expression of popular will" and the "object of elections cannot be achieved" unless there is freedom of speech and the merits or demerits of a policy are exposed for people to judge.

He claimed that his criticism is not based on unverified allegations.

Gandhi said the remarks made by him are part of present political rhetoric, confined to the BJP's "anti-tribal policies" and urged the commission to dismiss the complaint against him not initiate further action in the matter.

He has also provided a set of documents pertaining to the issue in question as evidence along with his reply.

Citing his speech in Shahdol in Madhya Pradesh on April 23, the poll panel had on May 1 issued the show-cause notice to Gandhi, highlighting a provision of the Model Code of Conduct that barred "unverified" allegations against political opponents.

Two BJP workers had approached the EC with the complaint, following which a report was sought from MP poll authorities.

According to a broad translation of the Hindi speech available on the Internet, Gandhi had alleged: "Narendra Modi government has made a new law for tribals in which there is a line that says tribals can be shot at... They snatch your land, take away your jungle and water and then say that tribals can be shot at."

Modi A Self-Obsessed Man, Has No Moral Right To Seek Votes In Punjab: Amarinder Singh