Home  »  Website  »  National  » Interviews  »  Babri Masjid Is A Mosque And It Will Always Remain As One: Asaduddin Owaisi
Exclusive Interview 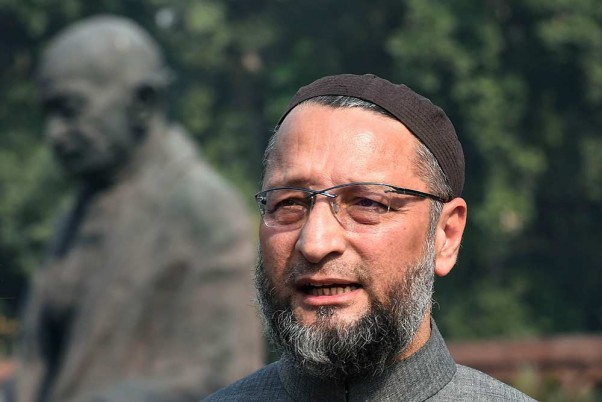 Ahead of the bhoomi pujan for Ram temple in Ayodhya on August 5, Asaduddin Owaisi, president of All India Majlis-e-Ittehad-ul-Muslimeen (AIMIM), says that Babri Masjid will always remain a mosque. In an interview with Outlook's Preetha Nair, Owaisi also says that Prime Minister Narendra Modi has to clarify whether he is visiting Ayodhya as the PM of the country or in individual capacity.

Q) Preparations are in full swing at Ayodhya ahead of the ground-breaking ceremony for the Ram temple. Your criticism of SC’s Ayodhya verdict is well known. Now after eight months, have you reconciled to it?

Babri Masjid is a mosque and it will always remain as one. This is my faith. That cannot be taken away from me or anyone. Had the masjid not been demolished on 6 December 1992, I don’t think this judgment would have come. History will remember what happened in December 1949, when the idols were placed surreptitiously in the Masjid and the events that led to the demolition in 1992. As far as Muslims and people who believe in justice are concerned, we will keep telling the new generation that our masjid was demolished. It doesn’t matter if our voices are suppressed. We will tell it in our own way.

Q) Prime Minister Modi will lay the foundation stone of Ram temple on August 5. Any political message in the visit?

The Prime Minister should tell the country whether he is going to Ayodhya in his capacity as the PM or in his individual capacity. As the Prime Minister, he represents all religions and also people who don’t believe in religion. 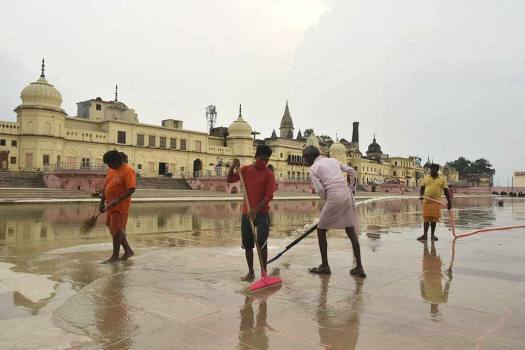 Q) Do you still believe that faith won against facts in the SC judgment?

In this whole Babri Masjid issue, starting from the intervening nights of December 22 and 23 in 1949, idols were placed inside the Masjid in a surreptitious way in the middle of the night. Then the masjid was locked and the Hindu side was allowed to do their prayers. Deputy Commissioner of Faizabad, K K Nair did not allow the removal of idols. Nair, later on, contested on Jan Sangh ticket and became an MP. Subsequently, the locks of the masjid were opened in 1986, within 50 minutes of the order by the district judge. The order was given at 4.10 pm and at 5 pm, locks were opened. Again the Muslims were taken for a ride.

The chief minister of the state and the Prime Minister of the country at that time failed to protect the masjid. December 6, 1992, wouldn’t have happened if the permission to perform shilanyas was not given.

Now that the Supreme Court has given the final verdict on Ayodhya, we have to accept it. As former CJI J S Verma rightly said, “the SC is supreme, but not infallible’’

Q) Recently, a petition was filed in the SC challenging the ‘Place of worship Act 1991’. Do you think the Ayodhya verdict will set precedence and lead to more disputes in the future?

The Muslim side didn’t accept the Ayodhya judgment because we said that it is based on faith and not facts. In the same Ayodhya verdict, SC had also praised the ‘1991 Place of Worship Act’, which protects the status of any place of worship as on August 15, 1947.  If the Act exists, why the Kashi Viswanath temple-Gyanvapi mosque case is still pending in the courts?  These cases should be thrown out. In fact, the other side has filed a petition in the district court that they do not accept this Act.

Q) Do you think the BJP government will dilute the 1991 Act or repeal it?

Yes, they can do it.  They have the majority in the Parliament and it is as simple as that. If that happens, we will definitely take the battle to the courts. If Article 370 can be removed for Jammu and Kashmir, the same can be done by the BJP. Stripping the special status of Jammu and Kashmir was a constitutional breach by the BJP government.

Kidnappings In UP On Rise, Fix Deteriorating Law And Order: Priyanka Gandhi To Yogi Adityanath