Home Ministry is monitoring the security situation across India and especially in Uttar Pradesh, where Ayodhya is located. 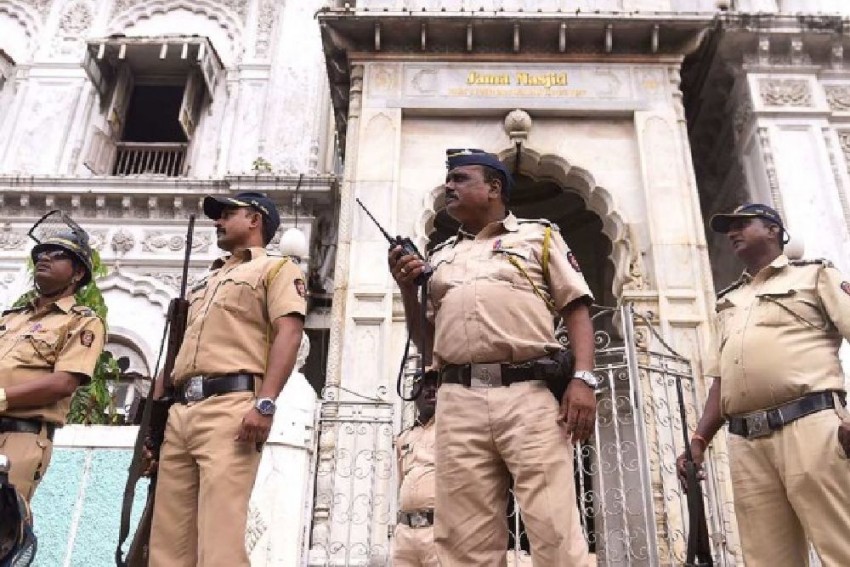 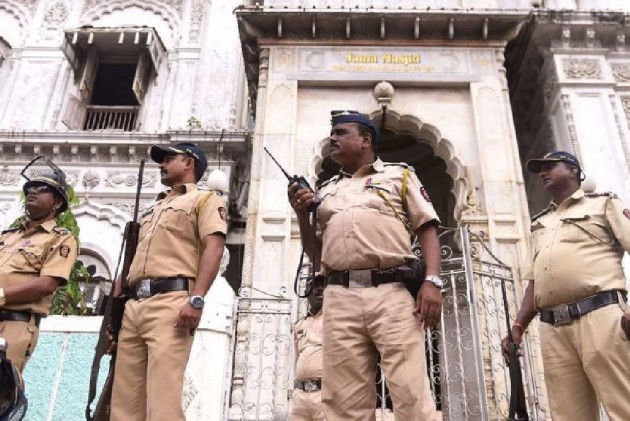 Security arrangements have been stepped up in major ways across the country as the Supreme Court delivered its much-awaited verdict on the politically- sensitive Ayodhya land dispute case on Saturday.

The police said one of the two detained persons had called up the police emergency number to report planned violence by a community but his claims were found untrue. “The other is an office-bearer of a local political outfit and has a history of making comments and remarks that incite communal discord,” the police said.

The Ministry of Home Affairs (MHA) is monitoring the security situation across India and especially in Uttar Pradesh, where Ayodhya is located. It also issued an advisory to all the states to remain vigil, especially in hypersensitive areas,

Section 144 of the Criminal Procedure Code (CrPC) was imposed in Uttar Pradesh, Jammu and Kashmir, and in parts of Rajasthan, Karnataka, Madhya Pradesh (including Bhopal), and Maharashtra (only Mumbai).

Section 144  prohibits an assembly of more than four people in the effective area.

Here is a lowdown of the security measures taken by different states:

"Special vigil is being maintained on more than 670 persons on social media. Police will not hesitate in stopping internet services if the need arises," the state’s DGP OP Singh said. Internet services in Aligarh and Agra were shut down shortly after midnight on Friday. Around 80 cases have been registered in the past 10 days against people using social media platforms to spread wrong information with an aim to trigger communal riots.

The DGP also said that the temporary prisons have been created in every district and there is a special focus on 31 sensitive districts including Agra, Aligarh and Meerut.

The Delhi police have stepped up security around several parts of the national capital region including the Supreme Court, High Court premises. The security of all VIP and VVIPs in Delhi has also been increased to the maximum level, the police said.

Delhi police have taken the help of paramilitary forces and some police personnel have been deployed in plain clothes. The deputy commissioners of police of all districts and the station house officers were directed to raise police visibility and patrolling in communally sensitive areas.

Internet services have been suspended in Jaipur and Bharatpur on for 24 hours, beginning from Saturday mid-night, while prohibitory orders have been issued in Ajmer and Bundi districts of the state. Security has been beefed up around the Ajmer Sharif Dargah and Pushkar, two religious places for Muslims and Hindus, respectively. Police personnel have been placed at all the critical places and section 144 has been imposed.

A 30-year-old man was arrested on Saturday for putting up an objectionable post related to the Ram Janmbhoomi-Babri Masjid land dispute case on the social media in Rajasthan's Bikaner district, police said.

The Maharashtra Cyber Department and the state's Director General of Information and Public Relations (DGIPR) are keeping a close eye on social media to curb rumour-mongering and are fully prepared to handle any situation after the verdict on the Ayodhya land dispute case. An in-house team has been set up that is keeping a close watch on any provocative social media posts related to the matter.

Maharashtra Police has also appealed to citizens to avoid forwarding any objectionable and unverified messages on social media and maintain peace and unity.

Security has been tightened across Madhya Pradesh, and schools, colleges and universities will remain shut on Saturday in view of the Supreme Court verdict in the Ram Janmabhoomi-Babri Masjid title dispute case. Section 144 of the CrPC has been imposed in several districts, including Bhopal.

Police officers in Punjab have been directed to remain on high alert and take all steps to ensure peace. CM Amrinder Singh has asked police and other security agencies to keep a tab on suspected troublemakers, and take immediate and stern action against anyone found trying to disturb law and order in Punjab.

The Haryana police said they have made all arrangements to maintain law and order. Necessary instructions were issued earlier to maintain peace and additional personnel have been allotted to some districts. Peace committees have also been formed in sensitive districts and areas.

Section 144 was imposed in the newly-created UT on Saturday until further orders while Kathua district administration has imposed prohibitory orders in the district. All political leaders were also requested to assist the administration in every possible way for the safety and security of people and property.

Ahead of the verdict, elaborate security arrangements were made in Uttarakhand, also known as Dev Bhoomi as many Hindu pilgrimage sites and temples are located in the state.

The police carried out a flag march today to maintain peace in Haridwar, which has a mixed population of Hindus and Muslims.

About 15,000 policemen and women were slated to be deployed on Saturday morning in and around Bengaluru to maintain law and order, the city police said. Social media monitoring to check provocative content has also started in the state. The sale of liquor has been banned today in Karnataka's capital Bengaluru and the twin cities Hubli-Dharwad.