In the midst of coronavirus pandemic, Indians have resolved to become self-reliant, PM Modi said, adding this is not a word but mantra for all people. 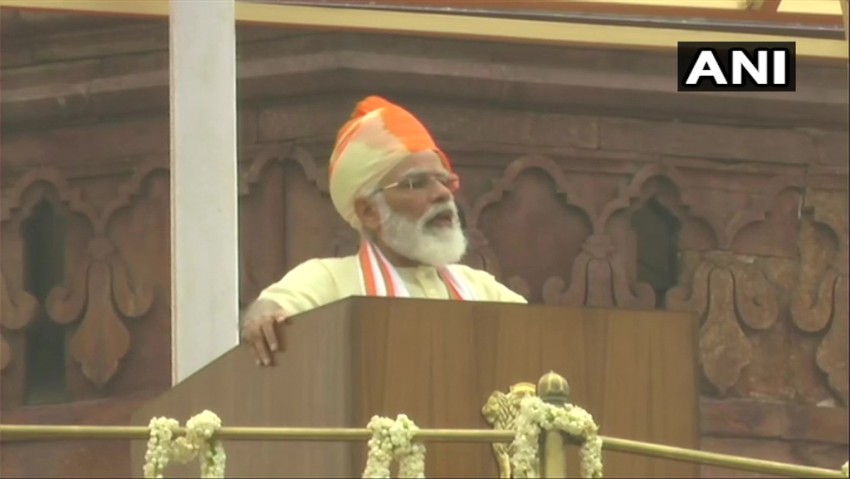 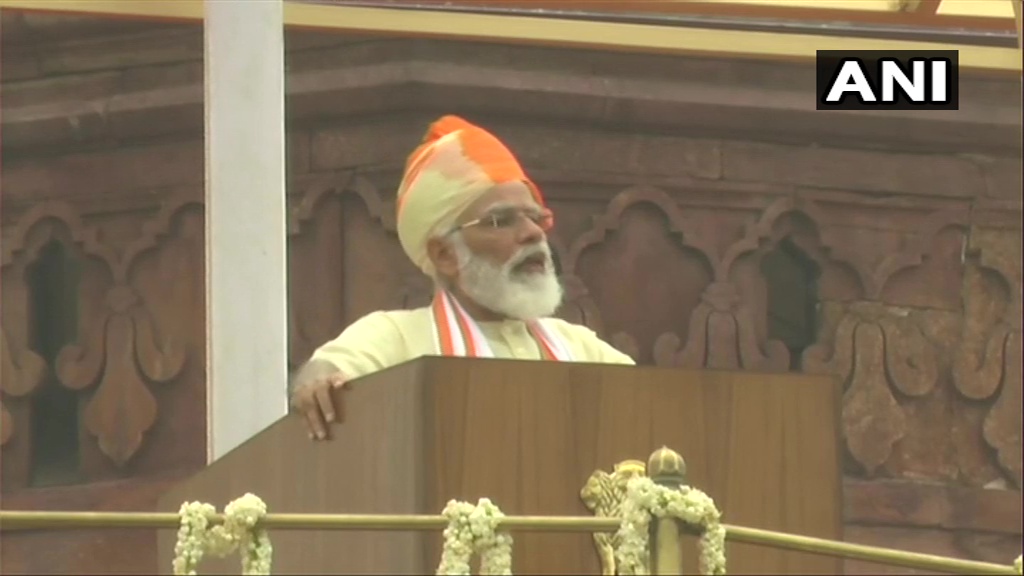 'Aatmanirbhar Bharat' was the centrepiece of Prime Minister Narendra Modi's Independence Day address as he presented a broad outline for spurring India's growth in diverse sectors and asserted that the coronavirus pandemic cannot halt the country's march towards self-reliance.

In his seventh straight Independence Day speech from the ramparts of Red Fort, Modi made a host of new announcements on Saturday including the launch of a national digital health mission under which health IDs will be given to everyone, connecting all six lakh villages with optical fibres in 100 days and promised the holding of assembly elections in Jammu and Kashmir after the delimitation exercise was over.

Modi also chose the occasion to deliver a warning to India's hostile neighbours saying the armed forces have given a befitting reply to those who challenged the country's sovereignty "from LoC to LAC" in their own language.

In a reference to the border row with China in eastern Ladakh, Modi said: "Respect for India's sovereignty is supreme for us and the world has seen in Ladakh what our brave jawans can do to maintain this resolve. I salute all those brave soldiers from the Red Fort."

"Whether it is terrorism or expansionism, India is fighting both with determination," Modi said.

Dressed in his customary 'kurta pyjama' and safa, the prime minister, in his nearly 90-minute address, dwelt at length on his 'Aatmanirbhar Bharat' campaign and gave a call for reducing imports and pushing exports of finished products in place raw material, saying the country will have to move forward with the mantra of 'Make in India' as well as 'Make for World'.

'Aatmanirbhar Bharat' is no longer merely a word but has become a mantra and captured people's imagination, he said.

Modi also touched upon the much-anticipated issue of vaccine for COVID-19 and said three vaccines are in various phases of trials in the country. He said that a roadmap is ready to innoculate all citizens at the shortest possible time with their mass production after scientists give a green signal.

He also listed out a number of reform measures undertaken by his government which he said have resulted in a record Foreign Direct Investment (FDI) in the country last year.

Hailing 'corona warriors', including doctors, nurses, paramedical staff, and sanitation workers who have been continuously fighting the coronavirus pandemic, he said the country will achieve victory over coronavirus with the resolve of its over 130 crore citizens.

In the midst of coronavirus pandemic, Indians have resolved to become self-reliant, the prime minister said, adding this is not a word but a mantra for all people.

Speaking of self-reliant India, he said many concerns are raised about it and acknowledged challenges ahead but asserted that there are "crores of solutions" offered by the country's citizens to "lakhs of challenges".

Vocal for local should be the mantra of India, he said.

He said his government has freed farmers of their constraints, and they can now trade their products freely on their terms.

India's freedom struggle, he said, became a challenge to forces of expansionism while attempts were made for hundreds of years by various rulers to root out India's culture and traditions.