'This government is for all people,' the Sena chief minister says. 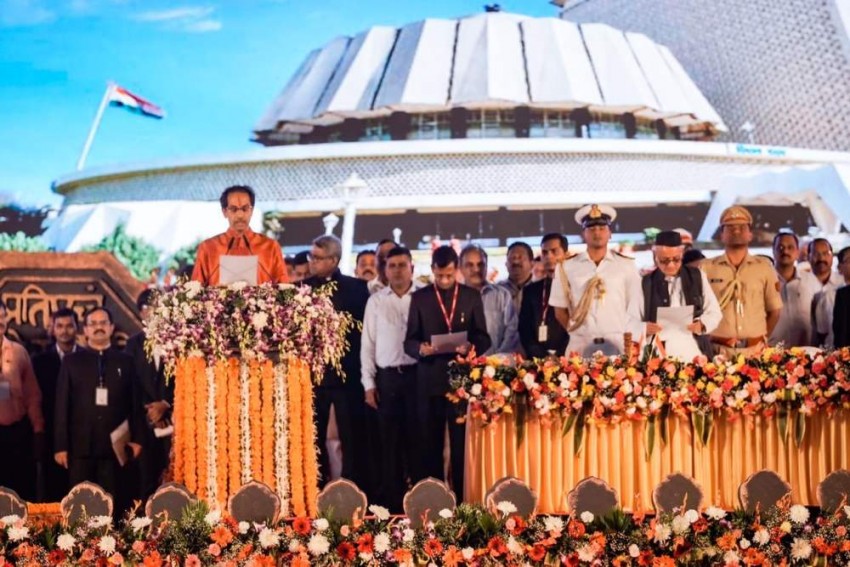 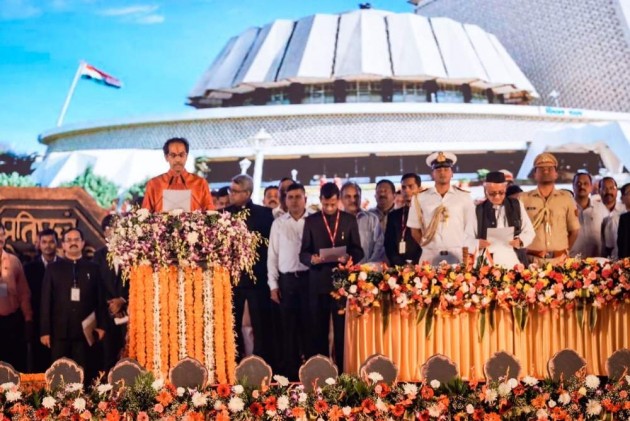 Maharashtra Chief Minister Uddhav Thackeray on Thursday chaired the first meeting of his cabinet hours after being sworn in.

After the meeting that marks the start of his tenure at the helm of India's richest state, Thackeray said he will ensure concrete assistance to the state's farmers and will work towards creating an atmosphere in which no one feels terrorised.

In the meeting held at Sahyadri Guest House in south Mumbai, Thackeray said the first decision of the cabinet was to approve Rs 20 crore fund for conserving Raigad Fort, which was the capital of Chhatrapati Shivaji Maharaj.

"We can paint a better picture if we know the reality. We have sought inputs. Farmers have not got anything, but only assurances. We want to provide concrete help to farmers," he
told reporters after the meeting.

"We want to ensure an atmosphere in the state wherein nobody will feel terrorised," he said.

"This is govt for all people," the new CM said after Devendra Fadnavis said that Vidarbha, Marathwada regions were ignored by new government.

At the media briefing, Thackeray was accompanied by his cabinet colleagues Chhagan Bhujbal, Jayant Patil, Balasaheb Thorat and Nitin Raut.

Two leaders from each of the three parties were sworn in as ministers along with him at a ceremony at Shivaji Park on Thursday evening.

The cabinet, in the first meeting, is supposed to decide on calling a special session of the Assembly to elect full-time Speaker who will conduct floor test, a senior IAS officer said.

Governor B K Koshyari has asked Thackeray to prove majority by December 3.