Assam Assembly To Adjourn For 30 Mins During Lovlina Borgohain's Bout

Speaker Biswajit Daimary has decided to suspend work for half an hour when Lovlina, the first woman Olympian from Assam, will be in the ring at the boxing semi-final of Tokyo Olympics. 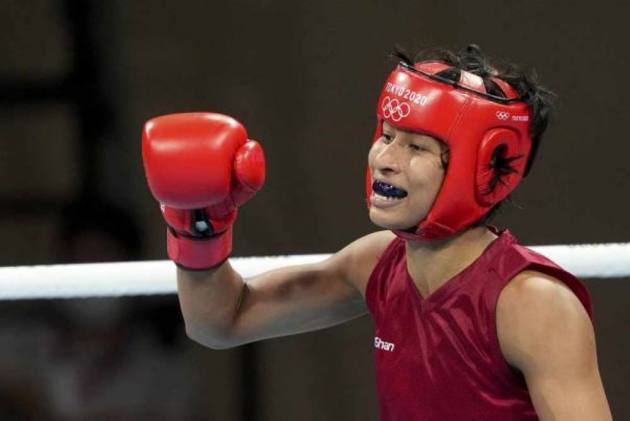 The Assam Assembly will resume its budget session on Wednesday, but all work will stop for 30 minutes from 11 am. The reason? Lovlina Borgohain will be taking on reigning world champion Busenaz Surmeneli of Turkey in the boxing semifinal of Tokyo Olympic and the MLAs don’t want to miss out on the excitement of watching the bout on television together.
Speaker Biswajit Daimary has decided to suspend work for half an hour when Lovlina will be in the ring throwing punches. She has set the first record in the context of Assam by being the first woman Olympian from the state. The next was when she assured herself a bronze medal after defeating Taiwan’s Chen Nien-chin 4-1 in the 69-kg category. A victory in the semis will take her closer to the gold.
As the hour draws closer, prayers are being offered in temples, mosques and churches besides other religious places across the state. In towns closer to her native nondescript Baro Mukhia village in Golaghat district, there is a touch of Diwali in the air with people lighting up diyas at their homes in the hope she wins again.
In Guwahati, Chief Minister Himanta Biswa Sarma and others lit lamps wishing her luck at Nehru Stadium. "I earnestly appeal to all people of Assam to pray for her success and light lamps in their houses tomorrow morning," Sarma tweeted later.

To wish Lovlina on the eve of her much-awaited bout, I lit a ceremonial lamp before 'Singhapurush' Radha Govinda Baruah's statue at Nehru Stadium, Guwahati.

I earnestly appeal to all people of Assam to pray for her success and light lamps in their houses tomorrow morning.
2/2 pic.twitter.com/EPYTLqGjQW

Lovlina’s father Tiken Borgohain though will conduct himself the way he did the other day when she secured the bronze medal—he will stay away from the television. The excitement is just too much to bear.
Victory or defeat, he will watch the recording later, he said. “She is in touch with her mother all the time, but they hardly discuss boxing,” he said. “If still, it comes up, she only says `don’t worry about it, I’ll see in the ring,’” Tiken said.
In the meantime, the residents of Baro Mukhia village must be thankful to her. It did not take too long for the road roller and materials to arrive after she made sure of the bronze medal. Work is now on to renovate the road to the village – from a muddy strip of land, which turns slushy in the rain, to an all-weather one. Once she returns home from Tokyo even if it is with the bronze medal, VIPs will still queue up to visit the family and their cars cannot take the road otherwise.
“She and her two elder twin sisters would carry their bicycles on their shoulders and their slippers in their hands and trudge through the slushy road after a shower. They would be able to ride only after reaching the road outside the village,"  her neighbour Horen Gogoi said.

It has been a long road to Tokyo, for an event that she has lived and boxed for with a tattoo of the five rings on her left wrist driving her.