Among the artifacts discovered were the sculptures of a Jain Upasaka measuring two feet in height. 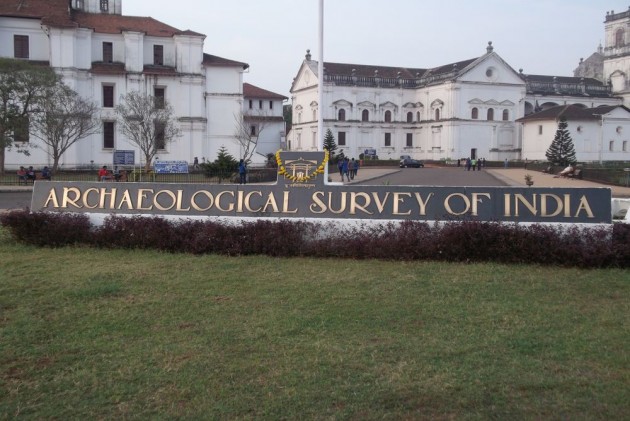 The Archaeological Survey of India (ASI) has recently unearthed an ancient temple dating back to the Hoysala era in Karnataka's Hassan district, an ASI official on Wednesday said.

The officer added that the ancient structure, which is presumably a Jain temple, with a grand platform carrying intricate carvings unique to the Hoysala era, was found at Shantinatha Basadi near Halebidu in Belur taluk.

The discovery is noteworthy because it shows that the Hoysala rulers had patronised Jainism as well. The excavation was carried out by a team led by Dr. G Maheshwari, Regional Director of ASI (Southern Region) on January 20.

"It was a mound measuring 30 metres by 20 metres. We have dug out the plinth of the temple and discovered many artifacts and sculptures from the site. It seems to be a Jain temple," Shivkant Bajpai, the Superintending Archaeologist of ASI, Bengaluru Circle told PTI. According to him, it could just be a beginning and there might exist some bigger temples nearby.

The ASI had been receiving reports of artifacts found around Halebidu, which already has a magnificent temple from the Hoysala period. Among the artifacts discovered were the sculptures of a Jain Upasaka measuring two feet in height.

The Hoysala dynasty, which ruled parts of the state from the 12th to 14th century, had patronised all sects of the prevailing time. The Hoysala rulers built the Chennakeshava temple for Vaishnavites in Belur and Kedareshwara (Shiva) temple for Shivaites at Halebidu.