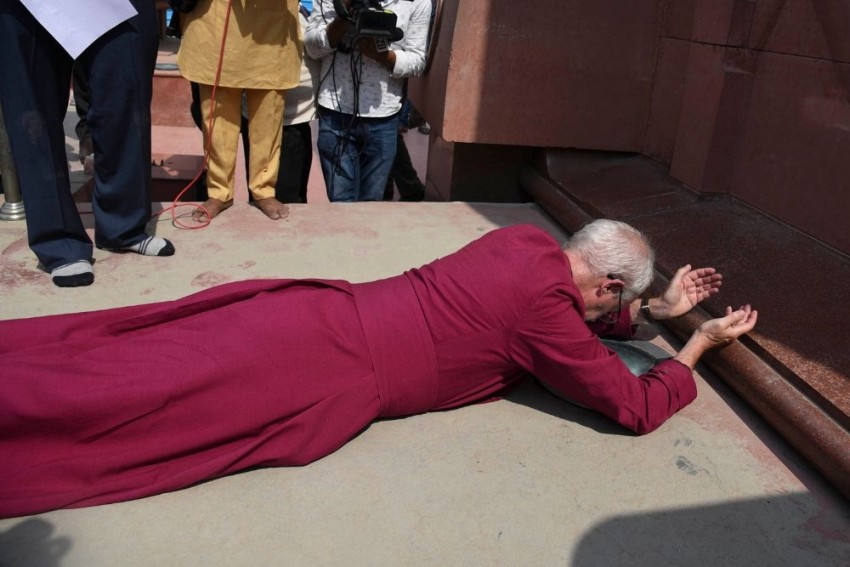 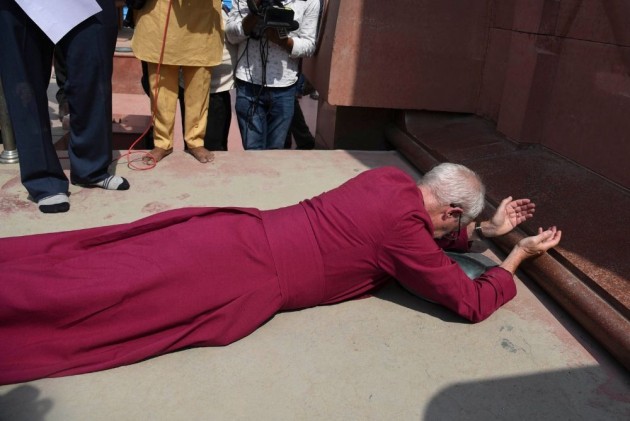 Archbishop of Canterbury Reverend Justin Welby on Tuesday visited Jallianwala Bagh, the site of British colonial era massacre, and said it was a "deeply humbling" experience and provoked "feelings of profound shame".

The massacre took place at Jallianwala Bagh in Amritsar during the Baisakhi festival in April 1919 when the British Indian Army under the command of Colonel Reginald Dyer opened fire at a crowd staging a pro-independence demonstration, leaving scores of people dead.

In the visitors' book, Welby wrote, "It is deeply humbling and provokes feelings of profound shame to visit this place that witnessed such atrocities hundred years ago."

"My first response is to pray for healing of relatives, of descendants, of our relationships with India and its wonderful people. But, that prayer renews in me a desire to pray and act so that together we may learn from history, root out hatred, promote reconciliation and globally seek the common good," he wrote.

I feel a deep sense of grief, humility and profound shame having visited the site of the horrific #JallianwalaBagh massacre in Amritsar today.

Here, a great number of Sikhs – as well as Hindus, Muslims and Christians – were shot dead by British troops in 1919. pic.twitter.com/p5fDprIMbr

In the presence of a sizeable gathering inside the Jallianwala Bagh, the Canterbury archbishop, who is on 10-day tour of India, also read out a prayer seeking God's forgiveness for the heinous act.

"Because you have remembered what they have done and their name will live, their memory will live before God. I am so ashamed and sorry for the impact of the crime committed. I am a religious leader not a politician. As a religious leader, I mourn the tragedy."

Asked if he would ask British government to seek apology for the Jallianwala Bagh massacre, the archbishop said, "I think I have been very clear about what I feel and that will be broadcast in England."

Terming the massacre misuse of power, the archbishop said, "I came in seeking the sorrow and repentance suffered at the hands of British soldiers. Again I can't speak to government but I can speak in repentance for the sin committed here".

The archbishop of Canterbury arrived at the Diocesan headquarters of the Diocese of Amritsar, Church of North India, here on Monday.