As Odisha Fights A Grim Battle Against Coronavirus, Govt Tries To Muzzle The Media

Odisha's chief spokesperson recently launched a virtual tirade against the media for asking too many questions and demanding too many explanations at a time when the state is engaged in a grim battle with a mighty opponent. 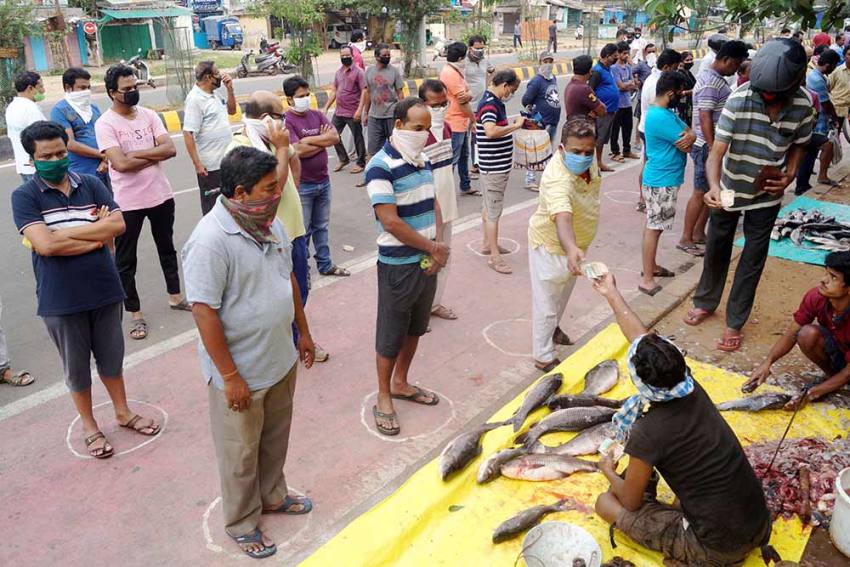 People maintain social distancing while buying fish at a market during nationwide lockdown in the wake of the coronavirus pandemic, in Bhubaneswar.
PTI Photo
Sandeep Sahu April 10, 2020 00:00 IST As Odisha Fights A Grim Battle Against Coronavirus, Govt Tries To Muzzle The Media 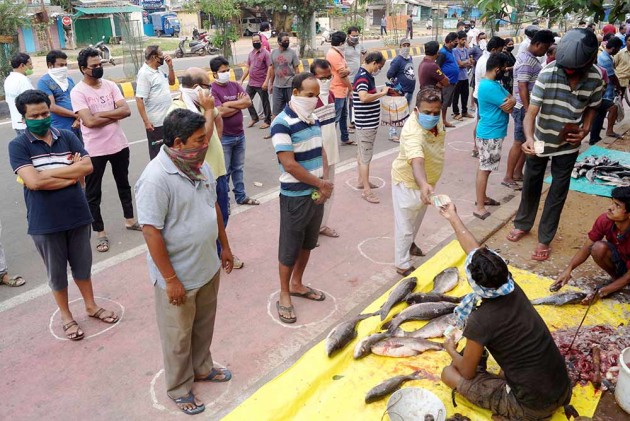 Subroto Bagchi was his usual ebullient, eloquent and evocative self on Thursday as he began his 4.30 pm briefing in his capacity as the chief spokesperson for the Odisha government on its war against Coronavirus. With his inimitable style, his clever choice of words and his penchant for picking up the perfect example to make a point, the techie turned government spokesperson has become something of a media celebrity and his daily media briefings have become a must-see item on TV in nearly every home in the state.

But for the first time in 24 days, there was a discordant note to the otherwise smooth proceedings. He launched what amounted to a virtual tirade, with plenty of sarcasm thrown in, against the media for asking too many questions and demanding too many explanations at a time when the state is engaged in a grim battle with a mighty opponent in the shape of a tiny virus called nCorona. In keeping with his habit of picking up an appropriate analogy, he said, “It’s not one day or an IPL cricket match where every ball is analysed, dissected and replayed. These are extraordinary times and not the time to station OB vans near Corona hospitals and testing centres. The government is committed to providing correct and ‘useful’ information at the appropriate time and the media should not expect to be given all information as soon as something happens.”

Of course, it is wrong to blame Bagchi for what he said. As the spokesperson for the government, he was only conveying what the government wanted him to convey, though the style and choice of analogy was perhaps his own. He was essentially conveying what the Health & Family Welfare department had already said rather blandly in a tweet at 5.20 pm on Wednesday evening. “During the time of an extraordinary situation like this, all are requested (to) play a positive role and not create any confusion. We can’t afford to be distracted at this hour of crisis. Help us to fight COVID-19. Everyone must play his role,” read the tweet. When a senior journalist commented that it was, in fact, the government that was creating the confusion, he was promptly blocked. This was an early indication of the shape of things to come.

The government’s heckles were obviously raised as the media pointed to the gross discrepancy in the figures it had given about the number of Covid-19 positive cases on Wednesday morning, when Bhubaneswar Municipal Corporation (BMC) launched sealing and containment measures in parts of Satya Nagar area. The sealing was attributed to the identification of four new positive cases in the area. But the total number of cases in the state remained the same as it was the previous night, 42. When questions were raised about this anomaly by the media, BMC came out with a ‘clarification’ that ended up causing more confusion. It said three of the four cases were actually linked to the cases identified in Bomikhal, which has emerged as the hotspot in the capital city and indeed the state as a whole. There was no word on who the fourth person was. Even as this ‘clarification’ was being given, the number of cases in Bomikhal inexplicably came down from 18 to 14.

There was more confusion when the BMC announced the sealing of an Odisha Milk Federation (OMFED) booth in Satya Nagar which, it said, was frequented by one of the four who had tested positive in the area. It asked people, who had visited the booth in the last 14 days, to stay at home quarantine without clarifying who the person was: the three initially counted as Bomikhal cases or the fourth man. The announcement expectedly caused panic and led to a wild goose chase.

The quixotic and shifting policy on revealing the identity of a victim has baffled the people and led to many questions. Of the 48 positive cases identified in the state till late on Thursday night (one of whom has died and two cured), the government has made an exception to its own policy of ‘no names’ in just one case: a person named Pradipta Dalabehera, who lives in the Suryanagar area of the city. While announcing his name and other relevant details, BMC commissioner, Premchand Choudhury, said it was necessary to reveal the name in this case because the person had no recent history of travel outside Odisha and hence, there are reasons to suspect it could be the beginning of the scary community transmission phase in the spread of the virus. Almost simultaneously, the whole of Suryanagar was sealed from all sides. Less than 48 hours later, the BMC commissioner was again on TV, saying that while Dalabehera himself had not gone out, one of his family members did return from Kolkata recently. The whole argument used to justify the revelation of Dalabehera’s name thus fell flat on its face.

The case details of many of those who tested positive subsequently were in no way different from Dalabehera’s. But no other name has been revealed yet. Even a layman can make out that the government is being less than honest in sharing information on the War against Corona.

Between the Suryanagar embarrassment to the Satya Nagar fiasco, there have been so many faux pas that no media worth its salt can gloss over them, not even in these ‘extraordinary times’. Bagchi may have ranted against the media, but it was entirely the government’s own doing. It has itself dug the pit that it has fallen into and is now blaming the media for just doing its job.