It will be his 13th visit to the state as the prime minister and first since imposition of President's rule in the troubled state on Dec 19 last year. 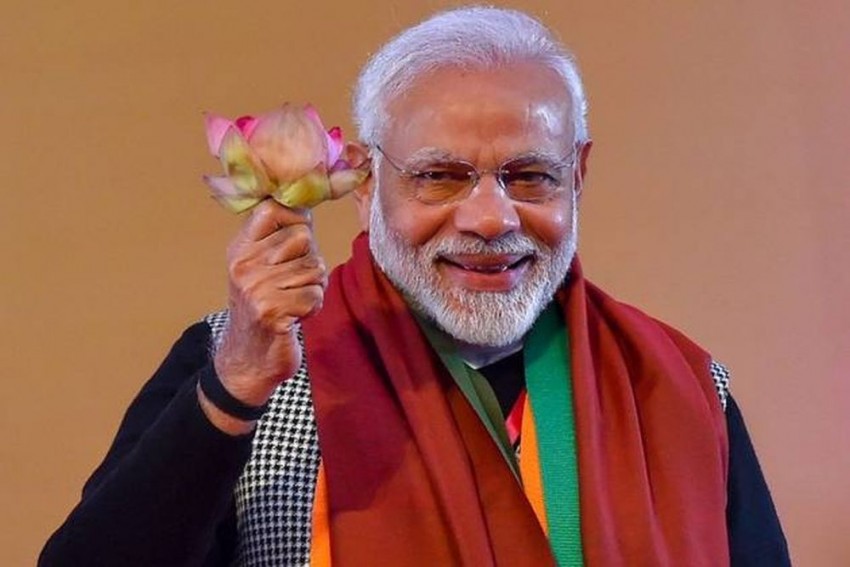 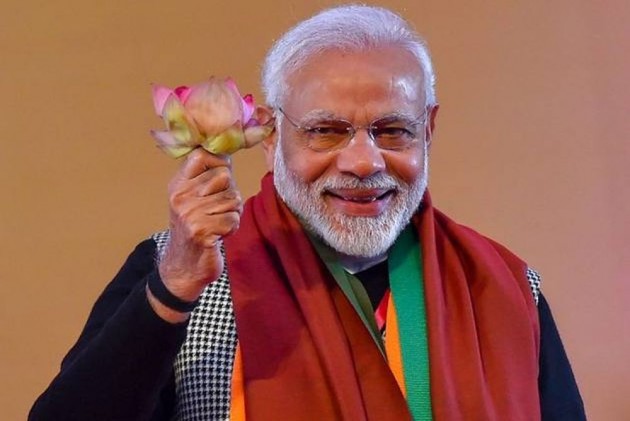 Prime Minister Narendra Modi is scheduled to visit Jammu and Kashmir on Feb 3. It will be his 13th visit to the state as the prime minister and first since imposition of President's rule in the troubled state on Dec 19 last year.

As the Bharatiya Janata Party in Jammu and Kashmir is upbeat about Modi's trip, others including mainstream parties and the separatists do not expect much from the visit.

Former chief minister and National Conference vice-president Omar Abdullah said his party doesn't have much expectations as no political initiative was taken to bring about peace in the Valley and the visit is a politically motivated trip aimed only at the upcoming elections.

Modi will lay foundation stone of AIIMS at Vijaypur in Jammu and address a rally there which, J&K BJP state president Ravinder Raina claims, will be attended by about two lakh people.

It’s a tall claim as about 60,000 people attended Narendra Modi's first rally in Jammu termed "Lalkaar rally' on Dec 1, 2013 when he was the party's PM candidate.

In 2015, AIIMS was first sanctioned for the Kashmir region. It evoked strong reaction in Jammu against BJP and even its office was ransacked by protesters after which a separate AIIMS for Jammu was sanctioned.

The venue and mass mobilisation for the rally suggest that the BJP is trying to play the Hindutva card in the Hindu dominated Jammu region.

In his last visit to the state on May 19, 2018, two days after the Centre had announced a ceasefire with terrorists, Modi had termed it as a 'message for those who in the name of Islam are spreading terror'. The remarks came in the presence of then chief minister and PDP president Mehbooba Mufti.

However, the ceasefire was suspended within a month and BJP also pulled out of the Mehbooba-led coalition government in June 2018. These two decisions changed the political landscape in the Valley. Security forces launched operation all-out, killing 257 terrorists in one year, the highest in a last decade.

Mehbooba who had once said only Modi could resolve the Kashmir issue now says he (Modi) couldn’t rise to the occasion and lost the mandate for resolving the issue.

Former CM Omar Abdullah, who was once a junior minister in late AB Vajpayee’s Cabinet, has made clear there would be no post-poll pact with BJP in the state. His father Dr Farooq Abdullah, former CM and NC president, has also accused the saffron party of pursuing divisive politics.

Modi government feels Kashmir can’t be held hostage to two parties and went ahead with Panchayat and urban local body elections despite boycott by both NC and PDP. It allowed BJP to make inroads at grass roots level and unnerved the two parties.

Governor Satyapal Malik had made many statements critical of both Mehbooba Mufti and Omar Abdullah. He even criticised Mehbooba for visiting families of the terrorists and said those seeking “azaadi” can cross the border, a remark that did not go down well in the Kashmir Valley but earned appreciation in Jammu.

In his last address at Srinagar, Modi had said: "Neither abuses nor bullets will solve the problem Kashmiris are witnessing. The only solution is hugging and loving every Kashmiri."

However, many in Kashmir believe the Modi government is neither ‘sensitive’ nor doing ‘justice’ to them while in Jammu, people consider it the other way.

With little political hope in the Valley, Modi is likely to appeal to the people of Jammu to support his party in the coming elections. Will the rally on Sunday be “Lalkaar-2” as Modi govt has worked to the script challenging (Lalkaar) 'sub-nationalism' and separatism in the Valley?