Coronavirus: Cases In India Rise To 468; 19 States, UTs Under Lockdown 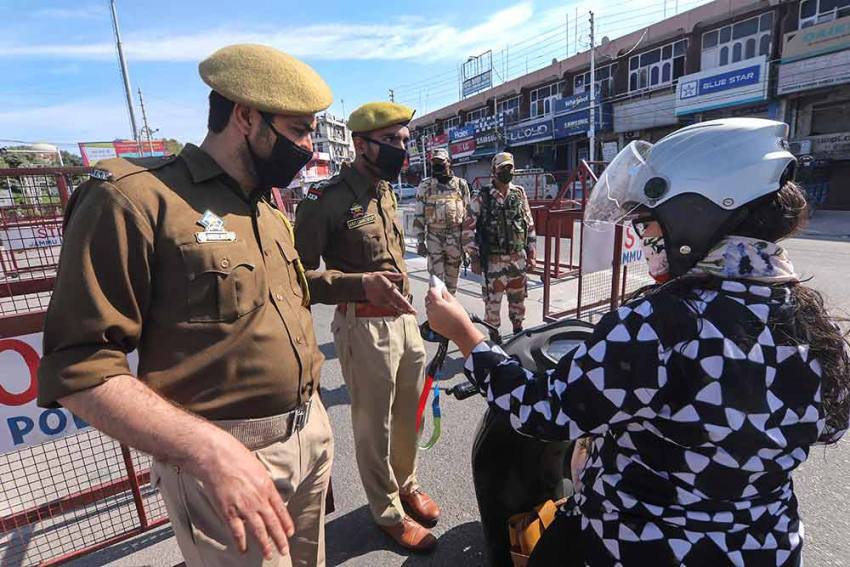 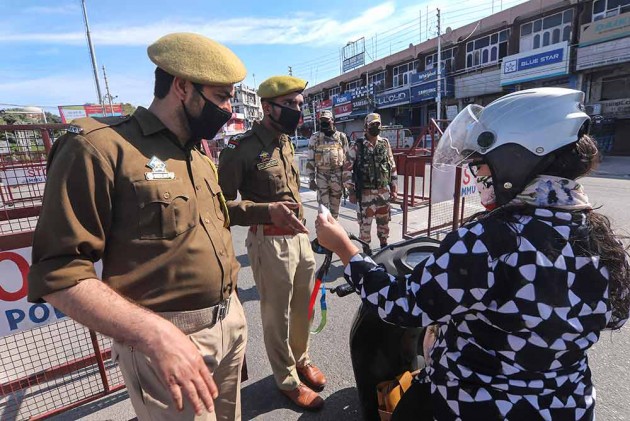 Governments in Maharashtra and Punjab imposed state-wide curfew on Monday, as most of India huddled in a lock down and airlines prepared to stop operations in desperate measures to curtail the spread of fast-spreading COVID-19.

India reported 9 deaths and 108 fresh cases, taking the tally to 468 on Monday, the Union health ministry said. Globally, the virus, which originated from China's Wuhan nearly three months ago, has claimed over 15,000 lives and infected nearly 3.5 lakh people so far.

As the virus kept the upward trajectory, state governments decided to take extraordinary measures and extend restrictions to contain the spread of the virus which has killed seven people in the country so far.

Punjab on Monday became the first in the country to impose curfew in the entire state with no relaxations, and only exempted essential services to prevent the infection, while Maharshtra Chief Minister Uddhav Thackeray said curfew will be imposed in the entire state from Monday midnight as the fight against coronavirus has reached a "turning point".

Prime Minister Narendra Modi also asked state governments to ensure that rules and regulations of the coronavirus lockdown are enforced as he noted that many people are not taking the measure seriously.

"Many people are still not taking the lockdown seriously. Please save yourself, save your family, follow the instructions seriously. I request state governments to ensure rules and laws are followed," he said in a tweet in Hindi.

Stepping up its efforts to tackle the unprecedented situation arising out of the coronavirus breakout, the aviation ministry announced that no domestic commercial passenger flight would be allowed to operate in the country from March 25 onward. India has already banned international flights for a week from Sunday.

Delhi, Jharkhand, and Nagaland declared a state-wide lockdown while similar curbs were announced in a number of districts in Bihar, Haryana, Uttar Pradesh and West Bengal. Several states, including Kerala, Rajasthan and Uttarakhand, had earlier imposed a partial or complete lockdown. The UT administration in Chandigarh also announced imposition of curfew from the midnight.

Those living in 80 districts across the country, including in the national capital  Mumbai, Bangalore and Chennai have been placed under travel and movement restrictions with authorities suspending all passenger train and inter-state bus services till March 31.

The Centre has issued directions to state governments, asking them to take legal action against those who are found violating the lockdown orders.

"States have been asked to strictly enforce the lockdown in the areas where it has been announced. Legal action will be taken against violators," tweeted the Press Information Bureau, government’s communication wing.

Country’s premier medical institute in the national capital, AIIMS, decided to shut down its OPD, including speciality services, all new and follow up patients' registration, from March 24 till further order as it redirects its resources to control the Covid-19 outbreak.

Last week, the AIIMS had issued a circular postponing all nonessential elective procedures and surgeries and directed for only emergency life-saving surgeries with effect from March 21.

The country registered 55 fresh cases from different parts, taking the tally to 415 which includes 41 foreign nationals and seven deaths. Gujarat, Bihar and Maharashtra reported a death each on Sunday.

Four fatalities were reported earlier from Karnataka, Delhi, Maharashtra and Punjab, the ministry said, adding the total numbers also includes 24 people who have been cured, discharged or migrated.

The Indian Council of Medical Research (ICMR) said 18,383 samples have been tested till 10 am on Monday.

The total number of positive novel coronavirus cases includes 67  in Maharashtra, including three foreigners, and Kerala also at  67, with seven foreign nationals, data issued by the ministry showed.

Amid rising cases, the national task force for COVID-19 constituted by Indian Council for Medical Research (ICMR) has recommended hydroxy-chloroquine as a preventive medication for high-risk population.

The protocol recommended by the National Task Force has been approved by the Drug Controller General of India (DGCI) for restricted use in emergency situations, even as the government allowed more labs to do the testing.

Meanwhile, the Supreme Court directed all states and UTs to set up high-level committees to determine class of prisoners who could be released on parole, in a bid to decongest prisons to prevent the spread of coronavirus.

It also said prisoners convicted of or charged with offences having jail term up to 7 years can be given parole.  The court also ordered that a high-level committee should work in consultation with State Legal Service Authority for release of prisoners.

Dubbing coronavirus as a "lifetime challenge", the prime minister while speaking to representatives of television news channels through a video-conference said it needed to be tackled through new and innovative solutions.

"The tireless efforts of the reporters, camerapersons and technicians are a great service to the nation. The media should counter pessimism and panic through positive communication. COVID-19 is a lifetime challenge and it needs to be tackled through new and innovative solutions," Modi said.

According to an official release, he also thanked the media for understanding the gravity of the pandemic threat and appreciated the role played by the news channels in spreading awareness.

"A long battle lies ahead of us, whereby awareness on social distancing has to be spread and information about latest developments and key decisions needs to be communicated swiftly and professionally by the channels through an easy-to-grasp language," the prime minister said.