Congress Completes 2 Years In Rajasthan, Here's Looking At 6 Major Challenges That Lie Ahead

In his address on completion of two years of Congress government in Rajasthan, the chief minister Ashok Gehlot may have claimed to have fulfilled 251 of 501 promises, as mentioned in the party’s manifesto ahead of the assembly polls, but the road ahead for the government is full of challenges. 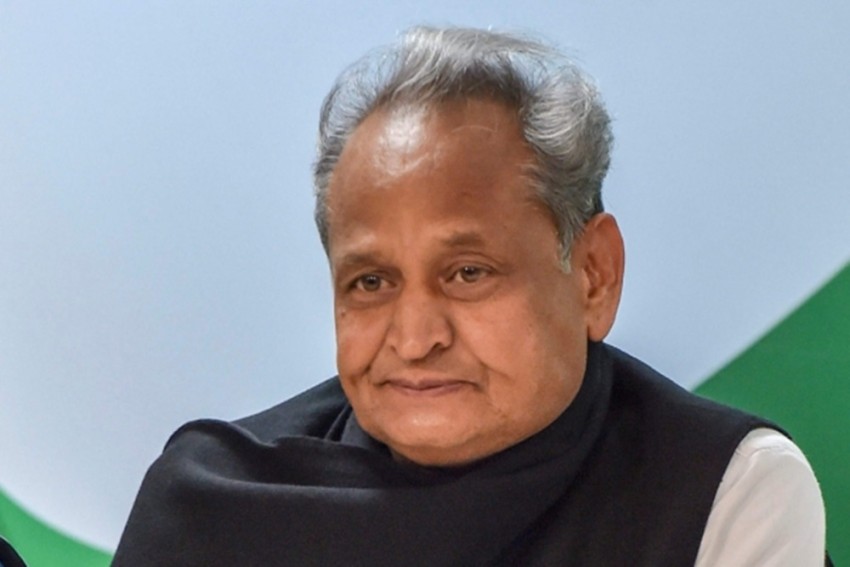 Securing the Congress government in Rajasthan is undoubtedly Chief Minister Ashok Gehlot's major achievement in his second year of governance, but the six major challenges for him in the coming days remain crucial
PTI
Tabeenah Anjum 2020-12-20T22:13:34+05:30 Congress Completes 2 Years In Rajasthan, Here's Looking At 6 Major Challenges That Lie Ahead

In his address on the completion of two years of Congress government in Rajasthan, Chief Minister Ashok Gehlot claimed to have fulfilled 251 of 501 key points promised in the party's manifesto ahead of the assembly polls. But the road ahead for the government is full of challenges.

Securing the Congress government in Rajasthan is undoubtedly Chief Minister Ashok Gehlot's major achievement in his second year of governance, but the six major challenges for him in the coming days remain crucial: to resolve the party feud, revive the support of disgruntled allies, strengthen the party, boost performance in upcoming bypolls, implement farm loan waiver and create jobs for the unemployed youth.

The Congress party in the state may present a picture of a united house but the fact remains that following an open rebellion by former chief minister Sachin Pilot, the feud in the party hasn’t faded away.

While most of the ministers and party members congratulated Gehlot on completion of two years in power, the former deputy CM Sachin Pilot chose to remain silent. Pilot, who was also the former Congress chief in Rajasthan did not congratulate the party of the CM.

The rift in the party has also weakened the organizational structure which needs to be strengthened in the coming days. “Gehlot needs to revamp the organizational structure of the party. Members are unhappy as there are no political appointments on the state or district level. Moreover, most of the posts in the state commissions and boards are lying vacant," a senior Congress leader told Outlook.

Another challenge for the chief minister is to win back the confidence of its ally, the Bharatiya Tribal Party (BTP), who withdrew its support alleging that the Congress joined hands with its arch-rival Bharatiya Janta Party (BJP) in the local polls to defeat BTP in Dungarpur district. The Congress had the support of BTP with two MLAs, both having withdrawn support to the Ashok Gehlot government. Looking at the situation, the Congress high command has also sought a clarification from the party.

As far as party’s performance in the polls is considered, the bypolls for the three seats in Bhilwara, Rajsamand and Sujangarh will be another challenge especially after the poor performance in the panchayat polls, in which BJP won 1, 989 seats while Congress could win 1,852 seats. Of the total 222 panchayat samitis for which the polls were held, BJP won an absolute majority in 93 panchayat samitis while Congress could win only 81.

“Earlier their own house was in disorder now they have developed a rift with their coalition partners who have also understood that Congress is down-hill in the state. The two years of Congress has been an absolute flop and people have already shown interest towards anti-incumbency. If assembly elections are held now BJP will win with a clear majority, the panchayat samiti elections are a proof," BJP state president Dr Satish Poonia said.

Interestingly on the completion of the two years of Congress in the state, BJP leaders showed unity while criticizing the government focusing on farm loan waiver and unemployment.

Similar sentiments were echoed by the former chief minister of Rajasthan, Vasundhara Raje, who alleged that the government is ‘invisible’ in the state, which is for the first time in the last seven years.

"In the last two years, the government was neither visible to the public nor to the Congress workers. The Ashok Gehlot-led government is deceiving the public from day one. Their first announcement to waive the entire loan of farmers is still a dream," said a press release from Vasundhara Raje’s office.

The political analysts weigh Gehlot's two years as a mixed bag of gains and losses. "The feud in the middle of the pandemic was certainly a big challenge for him. The poor performance in the panchayat samiti polls is due to it. While he fulfilled some of the promises, but the major ones remain unfulfilled. However when it comes to strengthening the Congress party, Gehlot is known to keep everyone together," Om Saini, a senior political analyst told Outlook

We have fulfilled 50 per cent promises: Ashok Gehlot

In his response to the repeated criticism by BJP, Ashok Gehlot sought to blame the Centre for the failure of the Congress' poll promise to waive farmers' loans from various nationalised and commercial banks.

Claiming that he has waived Rs 15,000 crore of farmers' loans from the state's cooperative banks, the chief minister said, "We have waived farmers' loans from cooperatives banks but nationalised banks come under the Centre and the RBI. They are not able to waive loans as the Centre is not talking to them. We have written a letter to the Prime Minister to direct nationalised banks to waive-off farmers. But there has been no action."

While BJP has left no stone unturned to criticize the Congress government, Gehlot in his address in a virtual event claimed that the government has fulfilled more than 50 per cent of the promises made in the manifesto. After laying foundations and inaugurating projects dedicated to public 1362 development works worth Rs 11,230 crore, the CM along with his cabinet ministers announced for holding the Rajasthan Eligibility Examination of Teachers (REET) in which 31,000 Grade III school teachers will be recruited.

He also recalled how Covid-19 pandemic impacted deeply on the economy and development works in Rajasthan as well as the entire country and the world, but despite that, his government worked tirelessly to provide relief to every section of society.

Expressing concerns over the farmers' agitation he said, “Our Government has passed three bills in the Assembly to ensure a fair price to the farmers for their produce and to address their concerns."

He also stressed on his government's role without worrying about the increase in a number of criminal cases have created a new post of deputy SP in every district for effective prevention of atrocities against women and for an immediate investigation of crimes against them.