Gogoi ensures name in history with Ayodhya verdict ahead of demitting office. 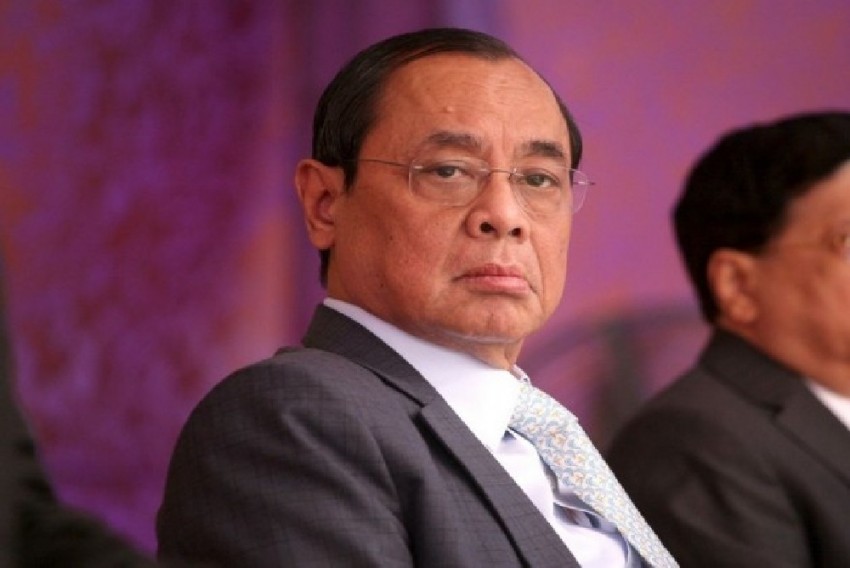 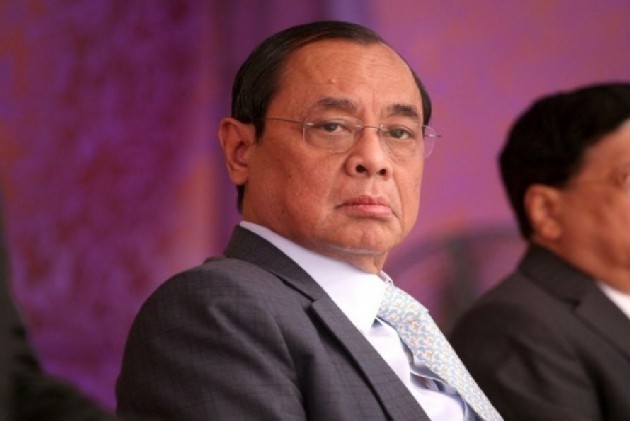 Chief Justice of India (CJI) Ranjan Gogoi, who presided over the Supreme Court bench for the last time on Friday, etched his name in the annals of history this week by giving some of the most important verdicts on politically sensitive issues in recent times -- primarily, the Ayodhya land dispute case.

A five-judge bench headed by him on November 9 brought the curtains down on the Ayodhya land dispute, which dates back to even before the Supreme Court came into existence in 1950.

Justice Gogoi, who was sworn on October 3, 2018, as the 46th CJI, is the first person from the Northeast to reach the top position of judiciary and his tenure of a little over 13 months comes to ends on Sunday.

He is also known for being part of a presser by the 'gang of four' senior-most judges in January last year which questioned the then CJI's way of functioning.

Set to demit office on Sunday, Justice Gogoi's tenure as CJI was not free of controversy as he faced allegations of sexual harassment, of which he was later cleared by an in-house panel of the Supreme Court.

However, he is more likely to be remembered for the Ayodhya verdict that gave Hindus the 2.77-acre disputed land for construction of Ram Temple, and ordered that Muslims be given a 5-acre land by the Centre at a prominent location to build a mosque in the holy city.

The CJI also headed a bench which, by a majority 3:2 verdict, referred to a larger 7-judge bench the pleas seeking review of the apex court's historic 2018 judgement allowing women and girls of all ages to enter Kerala's Sabarimala temple.

The majority verdict included in the ambit of the review petitions raising issues of alleged religious discrimination against Muslim and Parsi women as well.

Justice Gogoi's name will also be remembered for heading a bench which gave clean chit to the Modi government twice -- first on the writ petition and then on Thursday on the pleas seeking review of the December 14, 2018 verdict -- in the sensitive Rafale fighter jet deal with the French aviation firm Dassault Aviation.

The bench warned Congress leader Rahul Gandhi for wrongly attributing certain remarks to the apex court in the Rafale case and told him to be more careful in future.

Besides, Justice Gogoi headed a bench, which in a landmark verdict, held that the office of the CJI is a public authority under the Right to Information Act, but "judicial independence has to be kept in mind" while disclosing information in "public interest".

On the same day, a 5-judge Constitution bench headed by him struck down in entirety the rules formulated by the Centre on appointment and service conditions for members of various tribunals and referred to a larger bench the issue of examining the validity of the passage of the Finance Act 2017 as Money Bill.

These important decisions apart, Justice Gogoi, known for his no-nonsense approach, boldness and fearlessness, also led a bench which monitored and ensured that NRC exercise in Assam, his native state, is completed within the set timeframe.

A lot of controversies plagued the NRC but he stood his ground and came out in public recently to defend the decision to hold the exercise to identify illegal immigrants.

As the day's work began on Friday, he sat in the Supreme Court's number one court for just about four minutes during which the apex court's lawyers body expressed gratitude to him.

Later, a message from the outgoing CJI came expressing his inability to have one-on-one interview with scribes and lauded the press for its "maturity" and "character" in preventing "canards and falsehood" in "trying times" of the judiciary.

After that he went to Raj Ghat and paid homage to Mahatma Gandhi, reminding his October 3, 2018 visit to the samadhi of the father of nation after taking oath as the CJI.

Since taking up the leadership of Indian judiciary, and also as the judge of the apex court before that, Justice Gogoi faced several ups and downs but that did not affect his approach to take on issues head-on.

While Justice Gogoi is known for taking hard and sometimes surprising decisions, the Ayodhya matter reflected both as he not only ensured that arguments were not allowed to be dragged, but wrapped up the hearing two days ahead of the scheduled deadline of October 18, saying 'enough is enough'.

True to his style when speculation was that the Ayodhya verdict will be delivered on the last three working days of his tenure as CJI, he sprang a surprise on November 8 evening by deciding to deliver judgement on next day (Saturday) when judges keep themselves away from courtroom cases. This was unprecedented in recent memory.

There was a moment of personal controversy when a women staff member of the apex court levelled allegation of sexual harassment against the CJI in which he was given a clean chit by an in-house three-member inquiry committee headed by Justice S A Bobde.

Two women judges -- justices Indu Malhotra and Indira Banerjee -- were the other members of the Committee.

As a judge, he had courted controversy by joining three other senior-most judges of the apex court in holding a press conference on January 12, 2018, in which they virtually revolted against his predecessor Justice Dipak Misra.

He later remarked at a public function that "independent judges and noisy journalists are democracy's first line of defence".

A "revolution, not reform" was needed to keep the institution of judiciary serviceable for the common man, Justice Gogoi had said at the same function.

As the CJI, he took tough decisions against erring judges and recommended their transfers and a woman high court judge was virtually forced to resign.

After Over 3 Months Of Suspension, Rail Services 'Fully' Resume In Kashmir