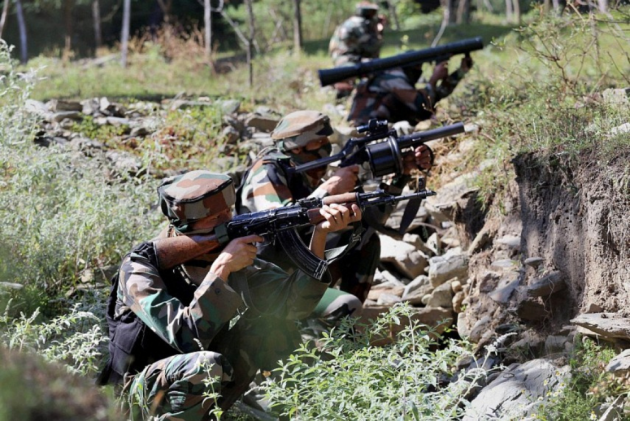 The Indian Army today said the operation against militants in Poonch area in which two soldiers were killed on Thursday is still on.

“A counter-terrorist operation by the army is in progress in the area of Nar Khas forest in Mendhar, Poonch district, since the evening of October 14. During the operation, there was heavy exchange of fire and in the ensuing gunfight rifleman Vikram Singh Negi and rifleman Yogambar Singh were critically injured and later succumbed to their injuries,” a Jammu-based defence spokesman said.

Both rifleman Vikram Singh Negi, 26, and rifleman Yogambar Singh, 27, were from Uttarakhand.

“The operation is still in progress till the last report came in,” the spokesman added.

At the same time the authorities have ordered suspension of traffic on Bhimber Gali-Poonch national highway as the forests overlook the main road.

On August 6, three militants and a JCO of the army were killed in a fierce encounter in Thanna Mandi area of Rajouri district. One of the slain militants was from Shopian district of Kashmir and two others were stated to be foreigners.