Mamata recently asked all Muslims to vote for her. It shows that the Muslim vote bank is slipping out of her hands. If we would have made a similar appeal to Hindus, EC would have sent us notices, PM Modi said 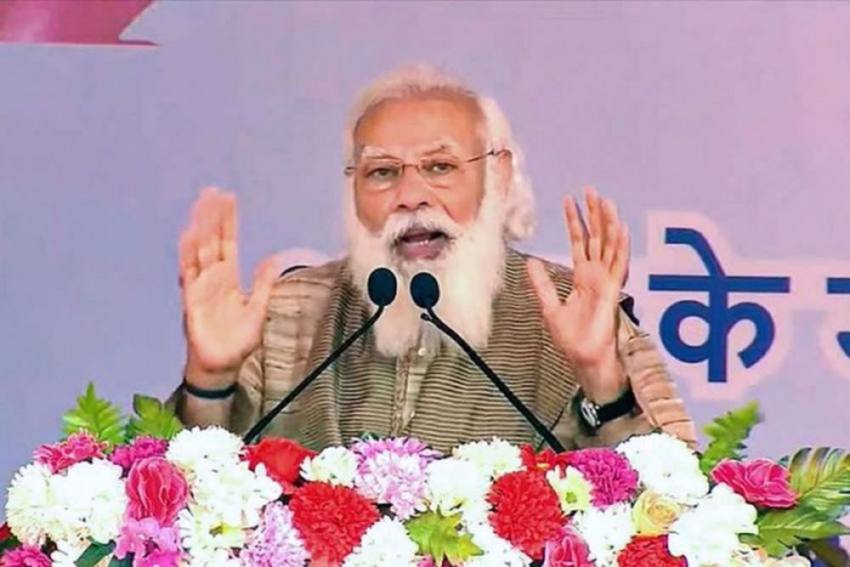 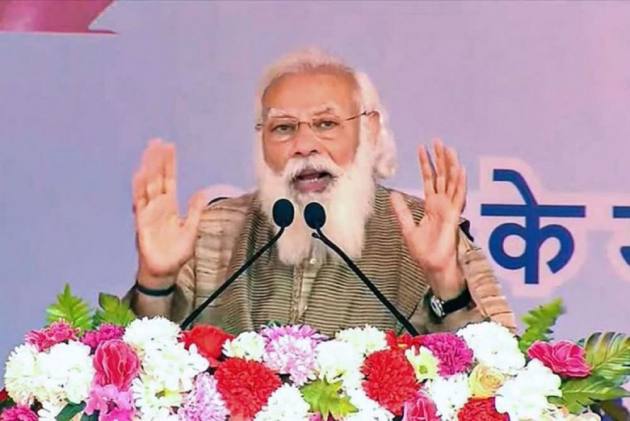 Prime Minister Narendra Modi on Tuesday said that Chief Minister Mamata Banerjee's appeal to the Muslim community to vote for the Trinamool Congress (TMC) reflects her fear that minority votes are slipping out of her hand.

PM Modi further said that if his party had made a similar appeal to Hindus, it would have drawn the media's and  Election Commission's wrath.

Asserting that Banerjee has problems with people sporting a 'Tilak' and wearing saffron, the prime minister said the TMC supremo's appeal to the Muslims reflects that her "minority votes are slipping out of her hands."

Claiming that a BJP wave was blowing across West Bengal and his party would form the next government, Modi said Banerjee's angry reactions indicate that she has lost the polls.

"Didi recently asked all Muslims to vote en bloc for her. It shows that the Muslim vote bank is slipping out of her hands. Had we said the same thing that all Hindus should unite, everybody would have criticised us. The EC would have sent us notices. We would have been censured," Modi said while addressing an election rally here.

The BJP on Monday approached the Election Commission seeking action against Banerjee, alleging she violated the Representation of the People's Act by asking Muslims to come
together and vote for her party TMC in the state assembly polls.

Taking a dig at Banerjee's comment, rhetorically questioning whether BJP leaders predicting the party's victory were Gods or superhumans, Modi said no one needs to be superhuman to predict BJP's victory as the wave in favour of the saffron camp spoke for itself.

"There is no need to trouble God to find out who is losing and who is winning. Janata Janardhana (public), in the form of God, has given their response, it is known which way the wind is blowing," he said.

"Didi's exit is imminent. That is clear after the first two phases of polling," he added.

Modi also claimed Banerjee had hurt Bengalis' self- esteem by alleging people come to his rallies for money. Accusing the TMC dispensation of indulging in rampant corruption, Modi said: "Didi has started a new tax in Bengal - 'Bhaipo Service Tax'!".

"For ten years, women, Dalits, backward classes, farmers and tea workers were subjected to injustices, but you chose to be a mute spectator," he alleged, adding, that has
led to a movement for change.

Sensing defeat, Didi has turned jittery and was criticising everybody and everything, from EC to EVMs, the prime minister said.

Referring to some TMC leaders' claim that Banerjee might contest elections from his Lok Sabha seat Varanasi in 2024, Modi mocked the TMC boss, saying this proves that Didi has accepted her defeat and is looking for another seat.

"Didi is now looking for a place for herself outside Bengal," Modi said, who had won the Lok Sabha election twice from Varanasi in 2014 and 2019.

Modi asserted that Banerjee's claims that social schemes started by her will be stopped if BJP comes to power were "false and baseless", and said none of them will be discontinued.

"If anything is stopped, then that will be `Tolabaji' (extortion) and cut-money (bribes)," he said.