Is it vaccine for votes or for all, Anand Sharma asks PM 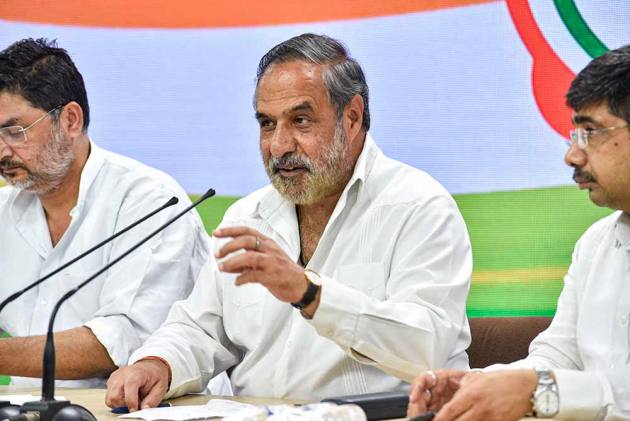 Senior Congress leader Anand Sharma on Friday accused the BJP of "political immorality" for using the Covid-19 vaccine as an election sop and alleged that it was a violation of the model code for which the Election Commission should act.

He also urged Prime Minister Narendra Modi to clarify his stand on the “vaccine for votes” issue.

"BJP's manipulation of people's anxiety and seeking to politically encash coronavirus pandemic in Bihar and using vaccines as a sop is political immorality and is also a serious violation of code of conduct. Ravi Shankar Prasad's brazen justification is pathetic.

"Election Commission must act now. Urge Prime Minister Narendra Modi to clarify his stand on 'Vaccine For Votes'," Sharma said in a series of tweets.

The Congress leader also asked the Prime Minister whether he wants "vaccine for votes or vaccine for all".

Sharma, the deputy leader of Congress in Rajya Sabha, said that the BJP's promise of free vaccine to lure Bihar voters exposes its desperation.

"It is a new low in cynicism and brazen opportunism. Nirmala Sitharaman forgot she is the finance minister of India and the BJP government has a duty to ensure vaccine access for all Indians," he added.

The BJP was slammed by various political parties over its promise of giving people of the state free Covid vaccine as part of its Bihar poll manifesto. The parties have demanded immediate action by the Election Commission on the matter.