The incident occurred when Assam officials were conducting an eviction drive against illegal encroachments at the Dholai Dholakhal locality, officials said 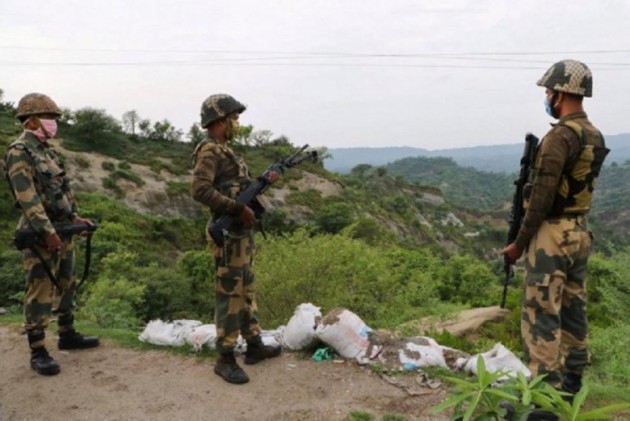 Amid border tensions escalating between Assam and Mizoram, a grenade was hurled at a group of Assam officials in Cachar district from across the border in Mizoram on Saturday.

The incident occurred when Assam officials were conducting an eviction drive against illegal encroachments at the Dholai Dholakhal locality, officials said adding that no casualty was reported.

Official sources told PTI that a group of encroachers from Mizoram crossed a ditch and threw a grenade at Assam officials. They were reportedly accompanied by a few armed men.

Official sources also told PTI that few people from Mizoram allegedly encroached around 6.5 km area within the territory of Assam, following which the police started the eviction process a few days back.

"The miscreants were obstructing the men on duty from construction of a road from Dholai Dholakhal to upper Painam. As the work was getting delayed, a government delegation comprising senior police officials visited the spot today," an official said, adding that this was followed by the grenade attack.

"No one was injured in the blast, which took place on the Assam side. The police immediately intensified search and patrolling in the area. The situation remains tense. Following the bomb blast, the local residents have started fleeing the area," the official said.

Meanwhile, Assam Chief Minister Himanta Biswa Sarma said that Assam Police has been deployed along inter-state borders of Mizoram and Nagaland to protect its constitutional boundary.

"We are working towards resolving the boundary issue. As Assam is the Gateway to the North East, we are always open for discussions but there should be no encroachment of our land," he said at a press conference in Guwahati.

Last year, a school in upper Painam was bombed by miscreants from Mizoram and it was damaged badly.