'Ambedkar Would Have Been Happy To See India's Strengthened Democracy': PM Modi

The PM also invoked Mahatma Gandhi to say the Father of the Nation had understood the fine balance between rights and duties. 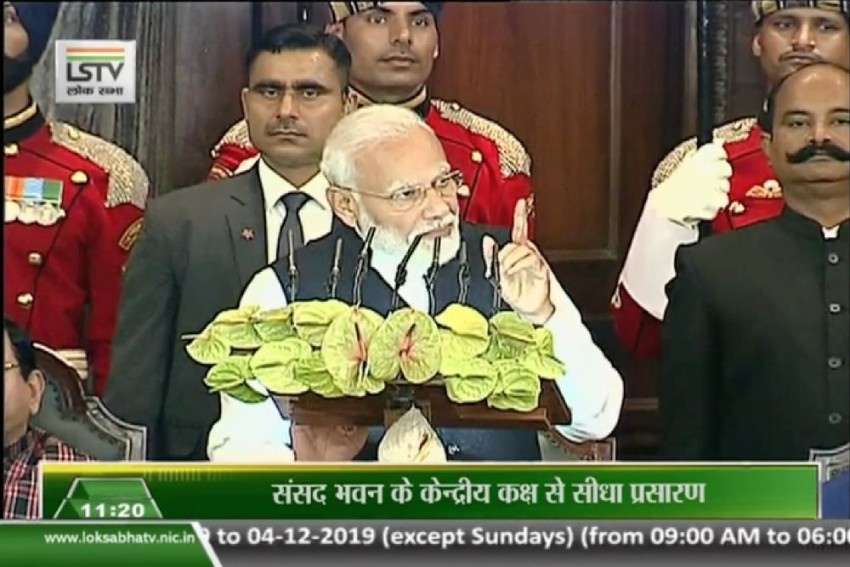 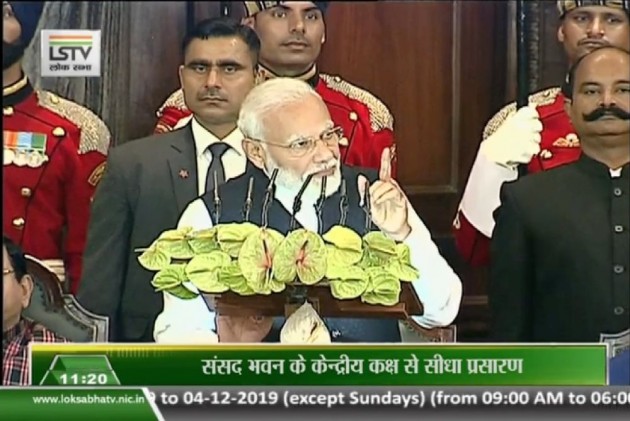 Marking the 70th anniversary of the adoption of the Constitution, Prime Minister Narendra Modi on Tuesday said B R Ambedkar, the architect of Constitution, would be the happiest person to see that India has strengthened and empowered its democracy in the last 70 years.

B R Ambedkar, known as the 'father of the Constitution', was independent India's first law minister.

Modi also stressed that the rights of citizens enshrined in the Constitution could not be preserved without them fulfilling their responsibilities.

In his address to a joint sitting of Parliament to mark the Constitution Day, he said a special aspect of the Indian Constitution is that it highlights both rights and duties of citizens.

"Let us think about how we can fulfil duties enshrined in our Constitution," Modi said.

The demand of the present time is that society should deliberate on its duties and responsibilities as well, he said and asserted, "We cannot preserve our rights without fulfilling our responsibilities".

Opposition parties boycotted the event to protest political developments in Maharashtra following the governor's decision to swear in BJP's Devendra Fadnavis as the state's chief minister.

Speaking to lawmakers in Parliament's Central Hall, where the Constitution was adopted, Modi said there had been an emphasis on people's rights in the last many years as a vast number of people felt deprived of equality and justice.

Noting that the Constitution begins with "we the people of India", he said people are its strength, inspiration and aim.

"Our effort should be to ensure focus on our duties in our conversations and meetings," he said at the joint sitting, which was attended by President Ram Nath Kovind and Vice President M Venkaiah Naidu besides the members of Lok Sabha and Rajya Sabha.

Invoking Mahatma Gandhi, he said the Father of the Nation had understood the fine balance between rights and duties and added, "As proud citizens of India, let us think about how our
actions will make our nation even stronger".

The Constitution, Modi said, can be simplified in two mantras as "dignity for Indian" and  "unity for India".

Modi said November 26 is a happy occasion as India celebrates Constitution Day but it also is a sad reminder of the Mumbai terror attacks, which had taken place on this day in 2008.

He paid tributes to those killed in the terror attacks.