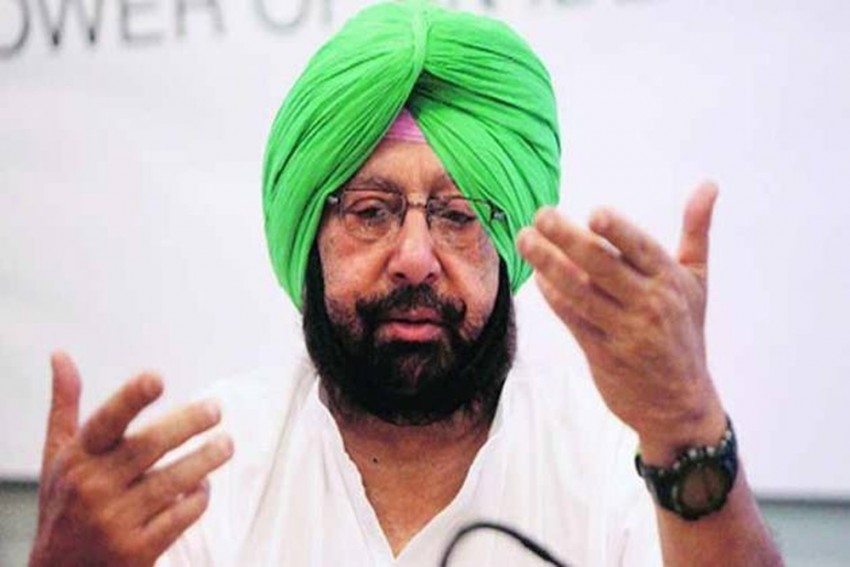 Punjab Chief Minister Amarinder Singh on Saturday hit out at BJP leaders Nirmala Sitharaman and Prakash Javadekar for their comments over the Hoshiarpur rape-murder case, dubbing their remarks as "political puffery" with no substance or basis to support their criticism.

Singh rejected the BJP's attack on his government as well as the Gandhis.

The BJP attacked the Congress on Saturday over alleged rape and killing of a six-year-old girl in Hoshiarpur, as it asked opposition party leaders Rahul Gandhi and Priyanka Gandhi Vadra why they had not paid a visit to the family of the victim yet.

Amarinder Singh said contrary to what these leaders were claiming, there was no comparison between the Hoshiarpur and the Hathras case.

He pointed out that in the Hathras case, the Uttar Pradesh government and police “did not only fail” to initiate stern action but in fact was seemingly “trying to cover up” the matter to benefit the upper-caste accused.

This, he said, was in sharp contrast to the prompt action taken by the Punjab Police, who immediately arrested the accused and is now preparing to file the challan within a week.

The CM, in a statement here, said he himself had directed the director general of police to ensure that the case is fast-tracked by the courts to ensure strict and exemplary action for the accused.

He ridiculed the BJP leaders' criticism of the so-called silence of the Congress leadership on the Hoshiarpur case.

The CM said his party had been forced to speak up and protest in the Hathras case because the state had “failed” to get justice for the Dalit girl there.

"Had the BJP government in UP responded as effectively and speedily as we did in Punjab, neither the Congress and the Gandhis, nor scores of NGOs, lawyers, human rights activists would have been forced to take to the streets to fight for the victim," he added.

The “selective politics and selective outrage” charge, which Sitharaman made against Rahul Gandhi and Priyanka Gandhi Vadra, was, in fact, completely apt for the BJP, Singh said.

No BJP leader had uttered a word in protest against the acts of omission and commission of the UP government and police in the Hathras case, when the entire nation was in angry uproar, he said, slamming the party over its "politically motivated" reaction to the Hoshiarpur incident.

The CM expressed shock at Sitharaman's and Javadekar's remark of “picnic tour” by the Gandhis and other Congress MPs in Hathras, saying it reflected the “grossness” of the BJP's “anti-Dalit and anti-woman mindset”.

Union Minister Prakash Javadekar accused Rahul and his sister Priyanka of going on a "political tour" to Hathras in Uttar Pradesh, where a Dalit girl was allegedly gang-raped and who died later, as he questioned the lack of a similar reaction from the two leaders to ghastly crimes against women in Punjab and Rajasthan, which are ruled by the Congress.

Singh said the Gandhis faced lathis at the hands of the “brutal” UP Police in Hathras, they walked miles in their attempts to reach out to the victim's family, who cried on the shoulders of the brother-sister duo.

"If the BJP had made even an iota of this effort to pressurise the UP government into ensuring justice for the family in Hathras, the Congress would not have been forced to take on the responsibility of doing so,” he added.

Singh further pointed out that unlike the Hoshiarpur incident, the Hathras case, and the subsequent developments, including the middle-of-the-night burning of the victim's body, were a part of the chain of “atrocities” being committed against Dalits in UP under the BJP rule.

Independent data endorses that crimes against Dalits in UP are continuously rising, with nobody to offer succor to the victims, who are living under a blanket of fear, he claimed.

Dalits are "fleeing" UP, while in Punjab, which accounts for the country's largest scheduled caste population, they feel safe and cared for, he added.

A six-year-old girl was allegedly raped, killed, and then set on fire. Her half-burnt body was found at a house in a village in Tanda in Hoshiarpur on Wednesday.

Gurpreet Singh and his grandfather Surjit Singh were arrested on charges of murder, rape, and other relevant sections of the Indian Penal Code and provisions of the Protection of Children from Sexual Offences (POCSO) Act, police had said on Thursday.