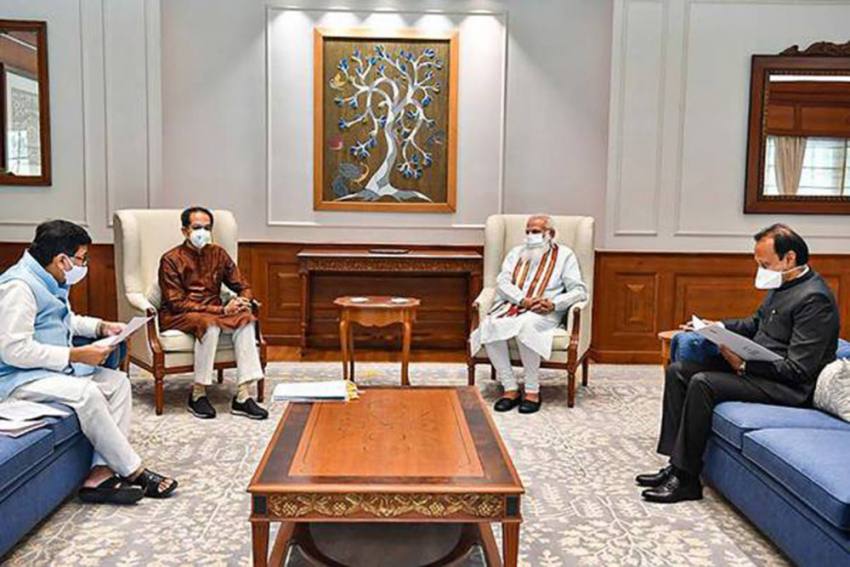 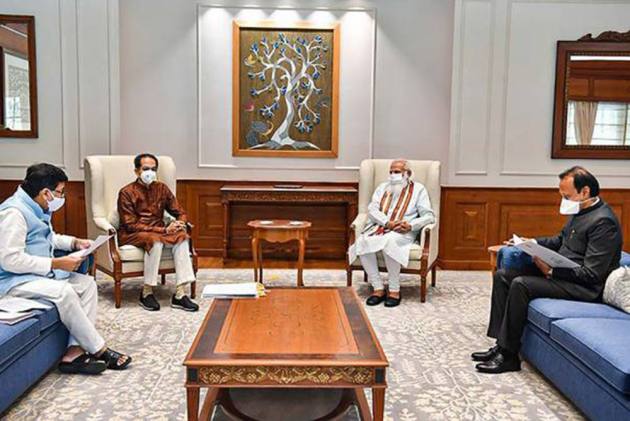 Thackeray and Modi held a one-on-one meeting on Tuesday in Delhi. Prior to that Maharashtra deputy CM Ajit Pawar and state cabinet minister Ashok Chavan also met with Modi along with Thackeray.

Tuesday meeting generated a lot of buzz among political circles both in Delhi and Maharashtra. However, stating that there was nothing wrong in such an interaction, Thackeray said that he had only met Modi and not gone to meet Pakistani leader Nawaz Sharif.

"The Chief Minister's Delhi visit was not for political reasons. Those who see politics in it.....let them be happy with their thinking. There will be a lot of speculations over this meeting. We only hope that Maharashtra's pending issues with the Centre get resolved soon," the Sena mouthpiece Saamana stated in its editorial on Wednesday.

Taking a dig at the BJP leadership in Maharashtra, the editorial said they should try to understand the "nature of the Modi-Thackeray relationship" in the context of the meeting.

The editorial said the meeting between PM, Thackeray, Ajit Pawar and Chavan lasted for over an hour.

"We do not doubt that the mood was good and the meeting took place in a friendly and cordial atmosphere," it said.

Without naming any state, the Sena said the meeting between Modi and Thackeray was important given that there is no stand-off between the Centre and Maharashtra which is seen elsewhere.

"The present chief minister of Maharashtra is of the firm opinion that the state should get its rightful share," the editorial said.

Shiv Sena had severed ties with its oldest ally BJP after the Maharashtra Assembly elections in October 2019 and forming Maha Vikas Aghadi (MVA) government with the NCP and Congress.

Instead Of Waiting At The Borders, Carry Out A Surgical Strike On Covid: Bombay HC To Centre