Alliance With BJP Was Like Taking 'Glass Of Poison', Says Mehbooba Mufti

She said when her PDP was established in 1999, the party had made it clear that without talking to Pakistan no solution of Kashmir issue is possible. “It was the time when some politicians here would say that Pakistani Kashmir should be bombed but we advocated for the dialogue,” she said. 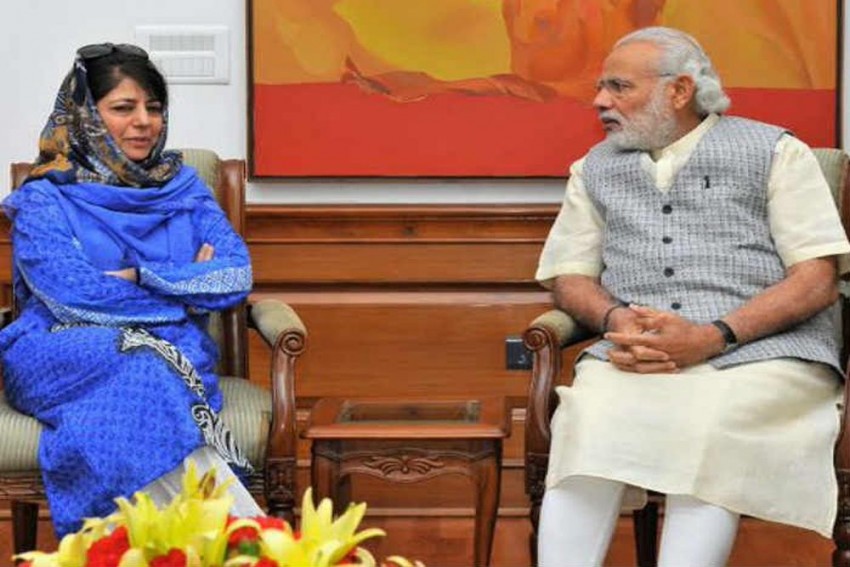 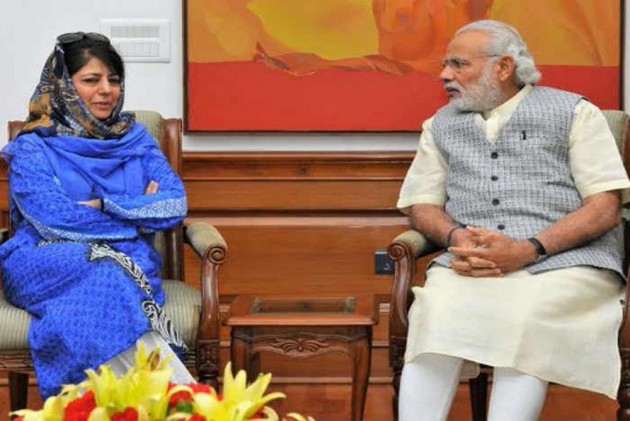 Former Chief Minister and Peoples Democratic Party (PDP) president Mehbooba Mufti on Monday said fractured mandate in the 2014 Assembly elections forced her party to forge an alliance with the Bharatiya Janata Party (BJP)and described the alliance as akin to taking glass of a poison and jumping into fire.

While referring to all those leaders who have recently quit her party, Mehbooba said youths who are educated and have interest in resolving Kashmir issue should join her party as the “garbage” is now out from her party.

Addressing her party workers on the death anniversary of her father Mufti Mohammad Sayeed at Bijbehara in South Kashmir, she said that her father didn’t enter into the alliance with the BJP to become Chief Minister. She insisted that her father had hoped that the alliance between the two parties would lead to dialogue between India and Pakistan over Kashmir.

She said when her PDP was established in 1999, the party had made it clear that without talking to Pakistan no solution of Kashmir issue is possible. “It was the time when some politicians here would say that Pakistani Kashmir should be bombed but we advocated for the dialogue,” she said.

“If my comments, as a mother, have agonised mothers, sisters and brothers, I apologise. I am being criticised that I have said toffee etc but I said it as a mother. Mothers get angry when her kids don't listen to her,” Mehbooba said while referring to her August 25, 2016, comment about the protesters.

On that day, while addressing press conference along with Union Home Minister Rajnath Singh at her Fairview Residence Mehbooba had said that only five per cent people in Kashmir were involved in the violence and they will be dealt under the law.  She had also said these five-per cent have made lives of 95 per cent, who want Kashmir’s solution through peaceful means, a hell.

She had said "did a child to go to buy a toffee from the army camp, was 15-year-old boy fetching milk when he attacked a police station in Damhal Hanji Pora," thus justifying the response of the government forces against protesters, which has led to the killing of nearly 90 persons in protests that year.

The protests broke out in Kashmir in 2016 after the killing of the Hizbul Mujahideen commander Burhan Muzaffer Wani. Her “toffee and milk” comments had evoked widespread condemnation in the Valley.

Mehbooba said in two years and two months she could only work for two months. She, however, took credit of the development works including construction of the Highway between south Kashmir and Srinagar which has reduced distance and also coming up of the medical colleges in South and north Kashmir.