Aviation experts say that all-pet jet can only be a fanciful thought as it is practically not safe to allow a person to carry as many pets as he or she wants even if an aircraft is reserved by paying a hefty amount. 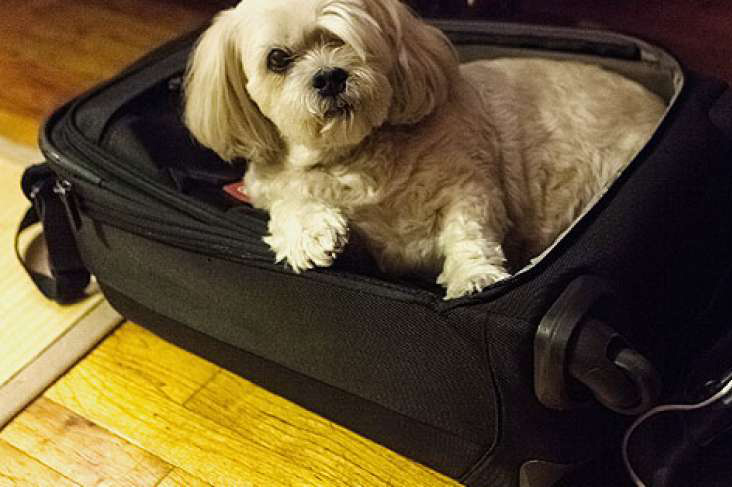 A report that a Mumbai-based entrepreneur had hired a six-seater charter plane to carry six pets from Delhi to Mumbai has turned out to be far from the truth even as aviation experts say that ferrying pets in a private plane is in violation of the air safety norms.

When Outlook spoke to Mumbai-based entrepreneur Deepika Singh and the aviation company, what emerged was contrary to reports published by some publications.

But can a private jet be hired to ferry pets?

Singh admitted that she had contacted a Delhi-based private jet company, Accretion Aviation, which had agreed to do the job at a cost of about Rs 9.06 lakh. Taxes were to be paid separately.

Singh said she is unaware of the legal formalities as she has left it to the operator.

“I am only coordinating with some people whose pets are stuck in Delhi due to lockdown,” Singh said.

She added, “They asked me to arrange a private jet operator and I did that. They will make the payment to the operator and beyond that, I have no role to play.”

Outlook spoke to Rahul Muchhal, owner of Accretion Aviation, and he clarified that six pets cannot be permitted to fly in a six-seater aircraft.

“It was just an enquiry call from Singh and no booking has been made yet. I have neither received any money nor made any such commitment. According to the norm, more than two pets cannot be allowed to fly in a six-seater private jet,” Muchhal said.

Interestingly, Aircraft Rules, 1937 empower only Director-General from the Directorate General of Civil Aviation (DGCA) to permit airlines to carry animal, bird or reptile aboard.

Aircraft Information Circular (AIC) issued by the DGCA under the said Rule allows pets to be carried in commercial airlines but there is no specific mention for a private jet. It says that while the small domesticated animals can be allowed in the cabin, big animals like horse or elephant can go in cargo planes only.

Arun Kumar, Director General, DGCA, says that though commercial airlines have framed their own policies under the existing AIC, yet not more than two or not more than 5 kg is allowed in the cabin.

“Anything bigger is allowed in a specially-designed box in cargo planes. Rest needs special permission from the DGCA,” Kumar said.

Aviation experts say that all-pet jet can only be a fanciful thought as it is practically not safe to allow a person to carry as many pets as he wants even if he has reserved an aircraft by paying a hefty amount.

“Along with air safety, the safety of the animal is also a concern of the authorities. Keeping in mind these restrictions, it is not possible for a person to carry more than one or two pet(s),” an air-safety officer from a private airline, said.