Home  »  Website  »  National  »  All Is Well In Mahagathbandhan, Claims Tejashwi, Says Candidates Will Be Announced After Holi

All Is Well In Mahagathbandhan, Claims Tejashwi, Says Candidates Will Be Announced After Holi

Sharad Yadav, whose Loktantrik Janata Dal (LJD) is one of the constituents of the grand-alliance, was more specific on the date of announcement of candidates. 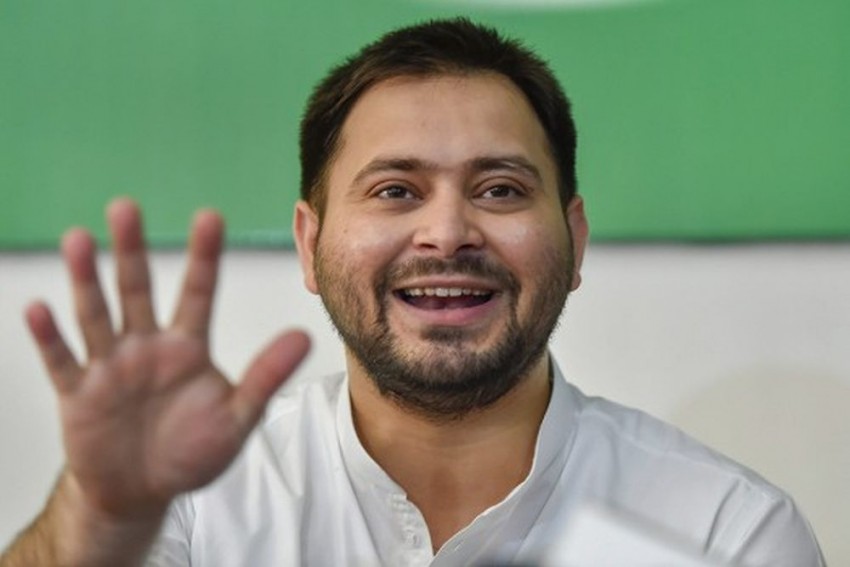 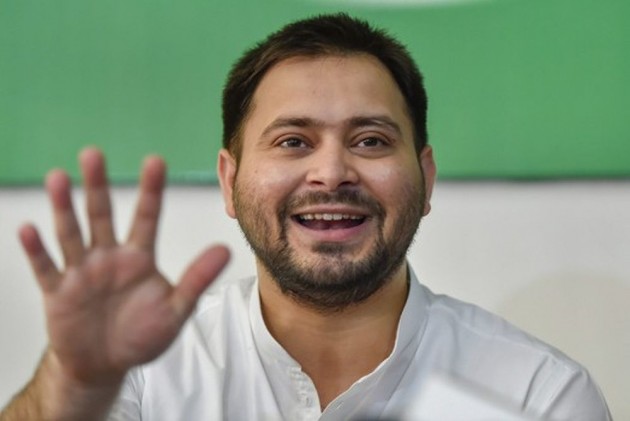 Rashtriya Janata Dal (RJD) leader Tejashwi Yadav  on Wednesday claimed that the grand-alliance of opposition parties in Bihar is intact and its candidates for all the 40 Lok Sabha seats in the state will be announced after Holi.

"All is well in 'mahagathbandhan'. It is intact and strong and we will put up a strong fight at the hustings. All differences have been ironed out. We will announce our candidates after Holi," Yadav told reporters at the Patna airport after arriving from Delhi, where he was over the past several days negotiating the seat-sharing pact.

RJD, he said, would be staying away from Holi celebrations this year as a mark of respect for the jawans killed in the Pulwama attack.

Sharad Yadav, whose Loktantrik Janata Dal (LJD) is one of the constituents of the grand-alliance, was more specific on the date of announcement of candidates. Candidates will be announced at a press meet in Patna on March 22, he told reporters in the national capital.

Meanwhile, a senior Congress leader from Bihar, who is camping in the national capital, told PTI, on condition of anonymity, that reports of his party having agreed to contest only nine seats are "mischievous".

"Our state election committee had met in Patna last week and authorised Rahul Gandhi to take the final decision in the matter. There has been no communication within the party about the number of seats. The media reports are, at best, speculative," he said.

Asked how many seats the Congress would want to contest, he said, "Initially we wanted 15. Later on it was agreed to scale down. But we do not think a number less than 11 would be acceptable to even Rahul Gandhi."

"Gandhi is likely to kick off his campaign in Bihar with a rally in Purnea on March 23. There is a possibility that former BJP MP Uday Singh, who joined the Congress today, will be fielded from there on a Congress ticket. It is also almost final that actor-turned-politician Shatrughan Sinha will be fielded from his Patna Sahib seat on our ticket. His resignation from the BJP and induction into the Congress will take place in a few days," he said.

The Darbhanga seat has become a bone of contention between the Congress and RJD. While, the Congress wants to field Kirti Azad, who had won the seat five years ago on a BJP ticket, the RJD wants it too.

"The seat is a stronghold of Mohd Ali Ashraf Fatmi of the RJD, who wants a ticket again. That too remains to be sorted out," the Congress leader added.

BJP's First List Of Candidates Has A Message For Opposition Parties