National All Hindus Of Kashmir Not Kashmiri Pandits: HC Quashes Plea For Including Sikhs In PM Package

All Hindus Of Kashmir Not Kashmiri Pandits: HC Quashes Plea For Including Sikhs In PM Package

Rajeshwar Singh had argued in a petition filed on behalf of the Sikh community living in the valley that they too had suffered like non-migrant Kashmiri pandits and are also entitled to the benefits of the Prime Minister’s Special Package. 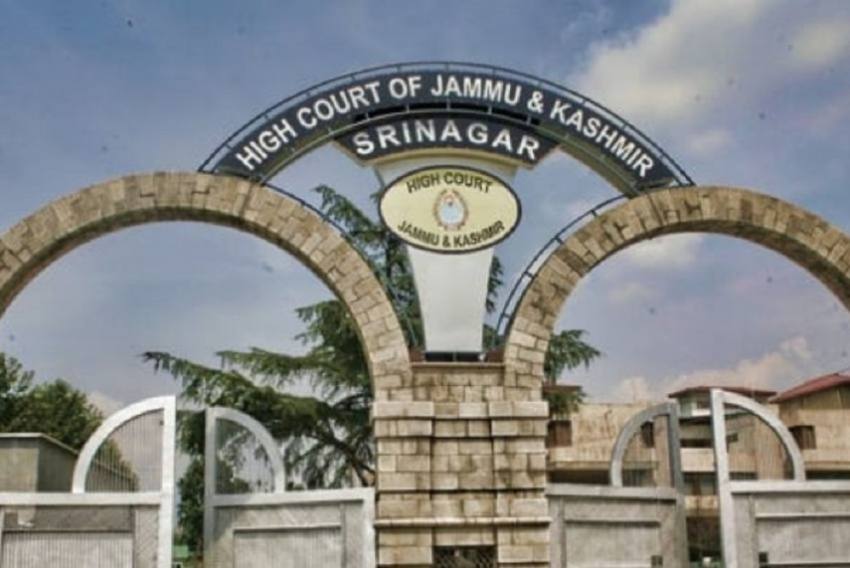 Dismissing a writ petition of the Sikh community of the Valley, who had sought benefits in the government recruitment as availed by Kashmiri pandits, the High Court of Jammu and Kashmir Monday, said, “Kashmiri Pandits are a separately identifiable community distinct from other Hindus residing in the Valley like Rajputs, Brahmins other than Kashmiri pandits, scheduled castes, scheduled tribes and many others.”

Rajeshwar Singh argued in a petition filed on behalf of the Sikh community living in the valley that they too had suffered like non-migrant Kashmiri pandits and are also entitled to the benefits of the Prime Minister’s Special Package. The petition argued that Sikhs should also be considered for the 500 posts earmarked for non-migrant Kashmiri Pandits residing in Kashmir Valley. Quashing the pleas, the J&K High Court said the argument was “preposterous and cannot be accepted.”

“The only question that remains to be determined in this petition is whether the petitioners, who are, admittedly, not Kashmiri Pandits but belong to different castes of Hindus, can be brought within the definition of “Kashmiri Pandits”,” the Court said.

“There is no denying the fact that in common parlance, Kashmiri Pandit is a community of Kashmiri speaking Brahmins living in the Valley for generations and are distinctly identified by their dress, customs and traditions. It is, thus, difficult to accept the contention of learned counsel for the petitioners that the petitioners, who are mostly Kshatriyas, Rajputs, Scheduled Caste non- Kashmiri Brahmins should be treated as Kashmiri pandits and admitted to the benefits of the Prime Minister’s revised package for return and rehabilitation of Kashmiri migrants.”

In 2009, the government of India under the then Prime Minister, Manmohan Singh's leadership released the Prime Minister’s package for the return and rehabilitation of Kashmiri migrants in Kashmir Valley. On December 1, 2020, the government of India issued an advertisement for filling up 1,997 posts opening the advertisement for Kashmiri pandits persons who had not migrated. They were, however, required to produce certificates by the concerned Deputy Commissioners to certify they had not migrated and were, accordingly, not registered with the Commissioner (Relief).

The Deputy Commissioners chose not to grant such certificates in respect of a group of non-migrant Kashmiri Hindus, who according to them did not belong to the community of “Kashmiri Pandits”. This prompted them to move the Court with a petition that benefits of Prime Minister’s package cannot be restricted to only one community, “Kashmiri Pandits” while ignoring other Hindu castes, communities and clans who have similarly suffered. The government of India opposed it.

Under Prime Minister’s package, a person belonging to Kashmiri pandit family and had migrated from Kashmir Valley after November 1, 1989, and was registered with the Relief Commissioner is entitled to job and relief. Under the package a person who has migrated from Kashmir Valley after November 1, 1989, but has not been unable to register himself with relief commissioner is also entitled to the relief and job. An internally displaced person who has migrated within Valley from his original place of residence in Kashmir Valley for security reasons and is registered the Relief and Rehabilitation Commissioner, Migrants can avail benefits but has to get a certificate from Deputy Commissioner concerned that he belongs to the Kashmiri Pandit family.

The petitioners said the term “Kashmiri Pandits” used in SRO 425 of 2017 is wide enough to include all non-migrant castes and communities of Hindus residing in the Valley and have similarly suffered as non-migrant Kashmiri Pandits.

“The parity sought by the Sikhs residing in the Valley who had not migrated in the wake of 1990 turmoil, with the non-migrant Kashmiri Pandits for the purposes of implementation of Prime Minister’s Special Package of employment and rehabilitation has not been accepted by this Court and the classification made by SRO 425 of 2017 has been held to be valid, there is hardly any scope for the petitioners to raise the similar contention yet again,” the Court said.