The CBI and ED have sought custodial interrogation of Chidambaram and Karti after accusing the former of receiving kickbacks in lieu of granting approval beyond his capacity and benefitting certain persons. 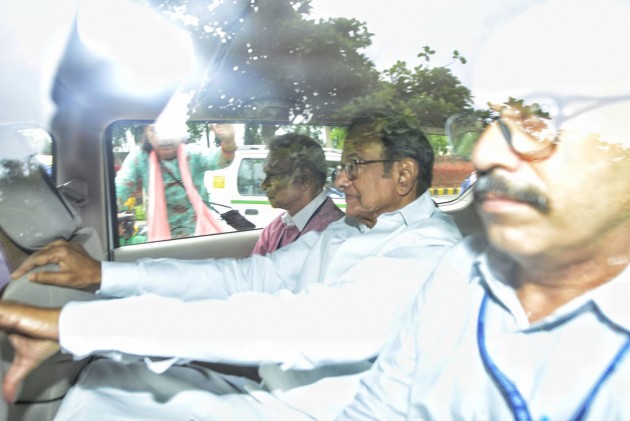 A Delhi court on Monday reserved for September 5 its order on anticipatory bail pleas filed by former finance minister P. Chidambaram and his son Karti in the Aircel-Maxis cases wherein the duo has been accused of money laundering, creating shell companies and committing other offences.

The Central Bureau of Investigation (CBI) and Enforcement Directorate (ED) opposed their anticipatory bail applications and accused the two of not cooperating in the probe.

The two agencies sought custodial interrogation of Chidambaram and Karti after accusing the former of receiving kickbacks in lieu of granting approval beyond his capacity and benefitting certain persons.

The CBI and ED told the Delhi court that Chidambaram had committed serious economic offences, out of larger conspiracy against public and national interest, PTI reported.

The ED has also accused the father-son duo of money laundering, creating shell companies, and committing other offences.

The Chidambarams need to be dealt with "iron hand", the CBI said maintaining that the probe in the Aircel-Maxis corruption case is still going on.

The court on August 23 had extended the interim protection from arrest granted to Chidambaram and his son till September 3.

The court had pulled up the CBI and the ED for seeking adjournments on the hearing related to their anticipatory bail pleas.

The court said the probe agencies have been seeking adjournments in the cases for over a year and it has become "embarrassing" to continue with the matter in this manner.

It had given ultimatum to the probe agencies that onus is on them to make arguments against the anticipatory bail pleas of the Chidambarams and they have to make their stand clear as soon as possible as the order would be pronounced on September 3.

The cases relate to alleged irregularities in grant of FIPB approval in the Rs 3,500-crore Aircel-Maxis deal when P Chidambaram was finance minister.

The case relates to alleged irregularities in grant of Foreign Investment Promotion Board (FIPB) approval in the Aircel-Maxis deal.

The father-son duo were given interim protection from arrest by the court after they had filed anticipatory bail applications in the case .

Their protection from arrest has been extended from time to time. The previous extension was ending on August 23.

Chidambaram and Karti were named in the charge sheet filed by the CBI in the case on July 19 last year.

The CBI is probing how Chidambaram, when finance minister in 2006, granted FIPB approval to a foreign firm, when only the Cabinet Committee on Economic Affairs (CCEA) was empowered to do it.

The ED is also probing a separate money laundering case in the Aircel-Maxis matter, in which the Chidambarams have been questioned by the agency and their anticipatory bail is pending.