This comes a day after the Congress-JDS government in the state collapsed after it lost the confidence vote, garnering 99 votes against the 105 to the BJP in the assembly 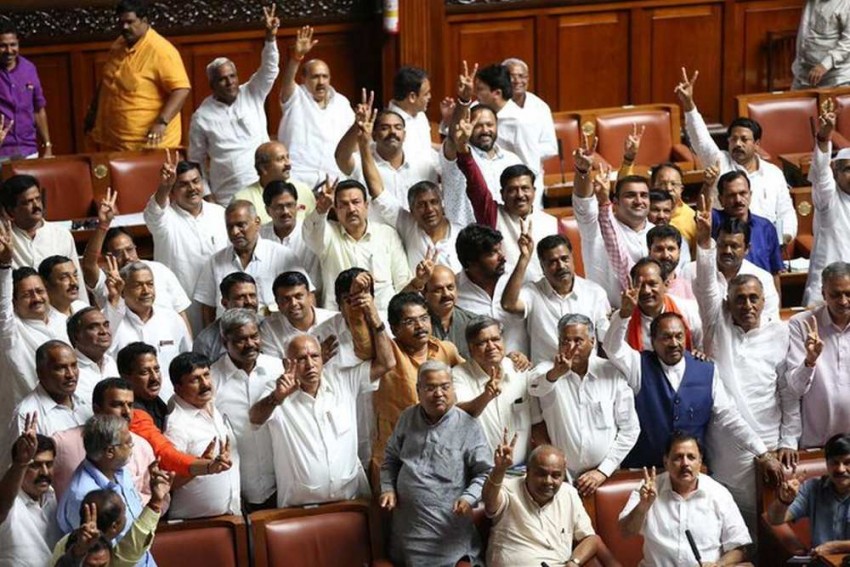 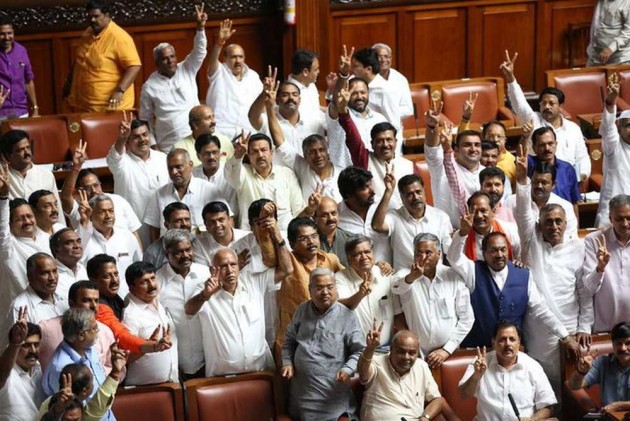 As the BJP is expected to stake claim to form the next government in Karnataka, its legislature party meeting would be held on Wednesday.

This comes a day after the Congress-JDS government in the state collapsed after it lost the confidence vote, garnering 99 votes against the 105 to the BJP in the assembly, ending the nearly three-week-long high political drama.

The coalition needed 103 votes in its favour to win the motion as 20 MLAs — Congress-JDS (17), BSP (1), Independents (2) — skipped proceedings, reducing the effective strength of the House to 205.

"We will have the legislative party meeting today and will wait for the directions from the parliamentary board. It might have come... Next, we will stake claim to form the government," BJP state general secretary C T Ravi told PTI.

According to party sources, the meeting is likely to begin at 11.30 AM to decide the next step.

The party may approach Governor Vajubhai Vala on Thursday and stake claim to form the government, they said.

A large number of BJP leaders and workers thronged the party office here as the lodestone of power shifted from the coalition partners — Congress and JD(S), to BJP.

"We were all waiting for this glorious moment. The voters had BJP as their first choice. Now that the BJP is set to form the government, there is a celebration all over the state," actor-turned-politician Tara told reporters outside the BJP office.

Meanwhile, the rebel MLAs have decided to not return to Bengaluru.

"There are no immediate plans to return to Bengaluru. We will stay here for some more time," rebel JD(S) MLA from Hunsur A H Vishwanath told PTI.

He, however, refused to comment on a query whether the disgruntled legislators were waiting for the BJP government to come to power.

On Tuesday, Chief Minister H D Kumaraswamy submitted his resignation to the Karnataka governor shortly after losing the confidence motion in the assembly, capping an intense power struggle triggered by a raft of resignations by rebel MLAs that pushed the government to the brink of collapse.