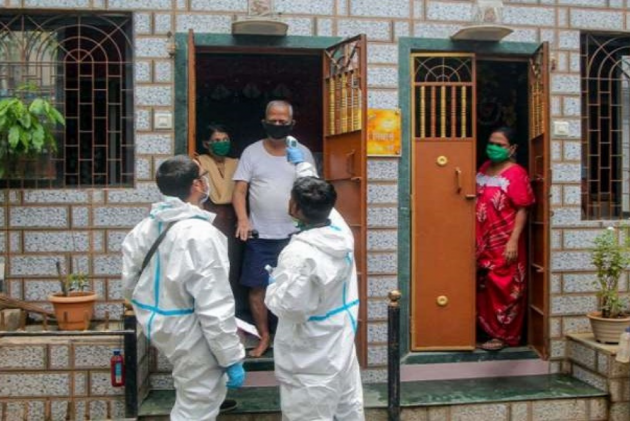 Out of 7,116 households surveyed by research organisation Sambodhi, only 9 per cent said they had access to a thermometer while only 3 per cent had access to oxygen cylinders.

In the past 18 months, two consecutive lockdowns have left Indians battling for their life and gasping for breath. But even as experts and doctors express rising concerns about an imminent third wave, a survey conducted across 7,116 households across 10 states in India has found an alarming lack of Covid-preparedness among rural and urban poor families.

The issue of oxygen shortage became pronounced during the second wave, with severe shortages being reported from several states and regions including the national capital. Even as the government of India was slammed for stating that no deaths due to oxygen shortage had been reported in the second wave, the survey found that only a meagre three per cent of the 7116 households surveyed had access to oxygen cylinders. Nearly 60 per cent of respondents were found to have no awareness or access to nearby medical facilities or shops that can be contacted in case a patient tested positive.

Apart from access to medical supplies or facilities, the survey revealed a concerning lack of awareness about Covid-19, especially about the newer variants and symptoms associated with them.

Spread over states like Uttar Pradesh, Jharkhand, Maharashtra, Chhattisgarh, Odisha, Madhya Pradesh, Tamil Nadu, Bihar, Gujarat, the survey found that over half the families lacked the requisite preparedness to deal with symptoms related to the pandemic or in case of an infection. While close to all respondents (95%) were able to associate at least one of the early symptoms to Covid such as fever, dry cough, difficulty breathing and headaches, only 18 per cent of respondents associated diarrhoea with COVID and an even fewer number - four per cent and two per cent with conjunctivitis and skin rashes respectively.

The data also pointed toward the lack of preparedness or understanding of when to hospitalise Covid-19 patients. 35 per cent of the respondents of the survey felt that a person needed to be admitted to a hospital at the onset of preliminary symptoms while 18 per cent opined that a positive Covid-19 diagnosis was enough reason to get admitted.

“Unnecessary hospitalisation can put stress on the medical infrastructure and overburden hospitals as well as medical professions already working overtime to help us tide through the pandemic,” a Sambodhi spokesperson said.

Awareness about home-care options, however, seemed to be high among respondents with 88 per cent of households surveyed being able to identify at least one practise associated with the Covid case including isolating the patient, wearing of masks, using separate utensils and other items of shared use. 70 per cent of respondents said they would be able to make arrangements for isolating a Covid positive patient.

With experts and medical professionals across India warning of an imminent third wave of Covid-19 set to hit India by the end of August, Covid- preparedness is an arena that needs the immediate attention of government and health authorities. The survey, however, may offer a glimpse into just the tip of the iceberg with experts stating that there has not been enough data to help increase Covid preparedness among Indian households.

“Given how dynamic the course of this pandemic is, we cannot afford extensive lead times that accompany primary surveys,” Swapnil Shekhar,  Co-Founder of Sambodhi said. “We need rapid generation of data insights to meet urgent response needs in crisis situations. Further, we need data collection across time periods to be able to study trends and forecast to be able to plan for the future,” he added.