At a time when countries across the world are fighting to contain the spread of the deadly novel coronavirus, South Korea has emerged as a quintessential example of how to fight the disease through technology, transparency and lucid communication strategy. 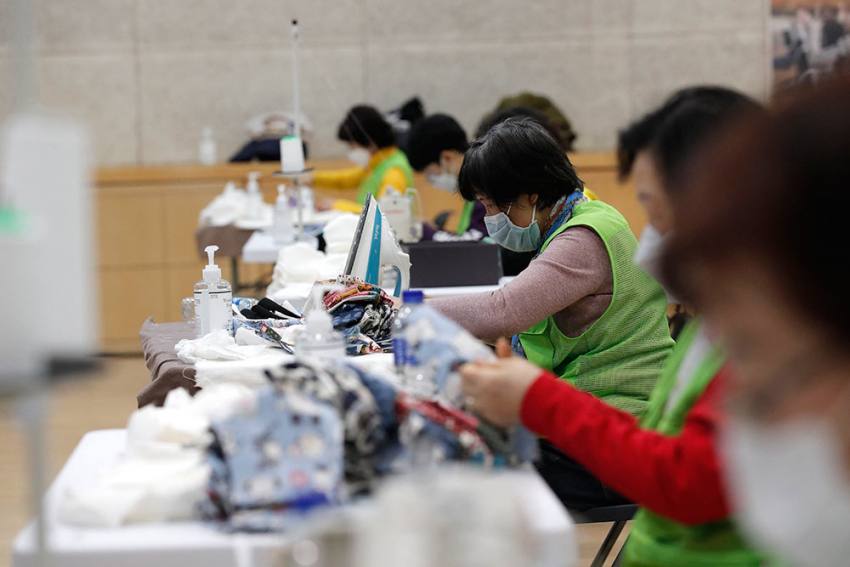 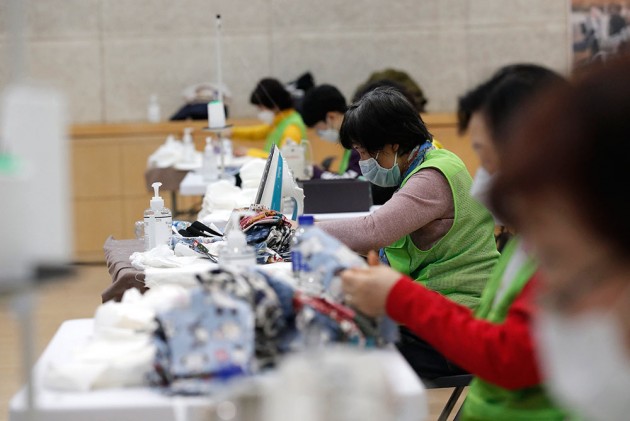 Soma Dutta, a 54-year-old yoga instructor in South Korean city of Seoul had to undergo Covid-19 test before flying back to India on March 14. She went for testing to Soonchunhyang Hospital where drive-through testing centres have been set up outside the hospital. Health workers in Hazmat suit took her swab sample inside the car and she got free within an hour. Next day, she got a text message that her results are negative. Dutt, while sharing her experience, says: “That getting tested here is not at all a burden and the booths were not crowded. Everything was so systematic and this drive through setup avoided maximum contact with health workers thus reducing chances of spreading the infection.”

When the countries across the world are fighting to contain the spread of the deadly novel coronavirus, South Korea has emerged as a quintessential example of how to fight the disease through technology, transparency and lucid communication strategy.

For India, where the number of Covid-19 positive cases shot up after the emergence of Tablighi Jamaat event in Nizamuddin area of Delhi, there are lessons to be learnt.

In South Korea, a religious sect became a public target after thousands of positive cases were found in the country, many of which were linked to Shincheonji Church.

South Korea reported its first confirmed case on February 18 of a 61-year-old woman who later turned out to be a ‘super-spreader’ as she had attended congregations at Shincheonji Church which has roughly over 10000 members.

Ever since the news broke out, South Korea ramped up its testing capacity and embraced testing and treating early as the cornerstone of its policy response. The country successfully tested more than 90 per cent of the people who were part of that religious congregation. As of February 27, South Korea ratcheted up its testing capacity from 3000 to 15000 a day and they further kept on multiplying its capacity with the passage of time. According to Korean Centre for Disease Control and Prevention’s data, South Korea conducted 4,61,233 lakh tests till April 5 with confirmed cases so far standing at 10,237, with 183 deaths, 6463 recoveries and 3591 people still in isolation.

Yoo Chang-ho, Minister-Counselor for Political Affairs, Embassy of the Republic of Korea in India tells Outlook: “For Korea, which is a highly densely populated country, the key factors that the government was going for was, first, to gain the trust of the people and second, to try and catch the reins early on as possible. The government gained the trust of the people by maintaining openness and transparency - all the information was made available for the public to see. The efforts to catch the reins were to try to identify and isolate the contagion as soon as possible by making readily available testing centres. Statistics in Korea show signs of progress (number of recoveries outnumber number of new cases). But the government is very cautiously optimistic.”

South Korea’s aggressive testing and enough testing centres can be attributed to the flattening of curve. The country has roughly over 650 testing centres with 5 million population. In India, however, as of April 5, there are 136 government laboratories supported by ICMR testing centres catering to 1.3 billion people.

Chang-ho, throwing light on the robust testing infrastructure, says that Korea has over 650 testing centres nationwide and this is a big number for a country of Korea's size. “It would be equivalent to India having about 20,000 centres. The reason why we' have provided so many testing centres is to catch and control from the earliest possible stage. If the virus is detected in the early stage it can be dealt with much more effectively. This is a big reason why Korea feels confident that it is now in control,” he says.

According to the Indian Council of Medical Research (ICMR), India (where the first case was diagnosed 18 days before South Korea) has tested 1,27,919 samples and many cases of doctors and nurses have been tested positive for Covid-19. Meanwhile, in South Korea, drive through testing centers and walk-in screening centres have ensured complete separation between patient and the doctor/nurses.

Taking a cue from this East Asian nation, few other countries like Israel have come up with the concept of drive through testing.

Also, the deployment of technology has helped people and the government contain the spread of the infection. The Korean GPS-enabled app Corona 100m (Co100) was launched on February 11 even before the Korea’s first confirmed Covid-19 case was diagnosed. The Co100 app sends alert via text messages to people if they come in contact with an infected person within 100 meters of range. It also shows a corona map which depicts the travel histories of Covid-19 patients.

The country’s proactive interventions to contain the pandemic are the results of lessons learnt from Severe Acute Respiratory Syndrome (SARS) outbreak which spread across 26 countries and then Middle East Respiratory Syndrome (MERS) outbreak of 2015 in which South Korea was severely hit and had 186 people infected and 36 deaths. Paucity of testing kit, lack of knowledge about the virus among health staff and people and opaque communication were some of the issues that reflected towards South Koreas unpreparedness to deal with MERS outbreak and for which the WHO flayed the country.

The country’s experience battling two severe epidemics has imparted lessons that can be effective in containing Covid-19.

Sonu Trivedi, Director of Swami Vivekananda Cultural Centre in Seoul, says: “Lessons from MERS outbreak of 2015 when South Korea reported 36 deaths has made people alert as they are used to wearing mask and paying heed to government’s instruction very diligently.”

Chang-ho also said that credit has to be given to the Korean people as they always pull together in times of crisis. “People are very good at abiding by rules and guidance and being considerate to others, putting the country and community ahead of themselves.,” he says.