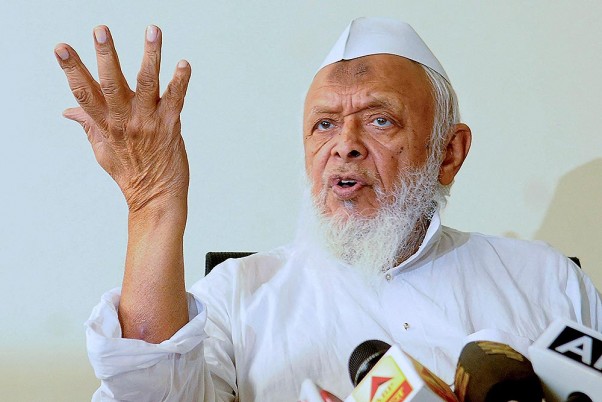 The emergence of Nizamuddin Markaz, the headquarters of Islamic organisation Tablighi Jamaat, its members have come under severe criticism for flouting the guidelines issued in the wake of Coronavirus outbreak. However, Maulana Arshad Madani, president of Jamiat Ulema-e-Hind, says there was a serious lax on the part of Delhi Police in handling the Tablighi Jamaat issue. In an interview with Outlook, Maulana Madani tells Preetha Nair that the issue of Tablighi Jamaat has acquired a communal colour and there is a concerted campaign to vilify the Muslim community. Excerpts:

Several cases of Covid-19 that surfaced in many states are linked to the international gathering of the Tablighi Jamaat at its headquarters in Nizamuddin. Do you think it was an irresponsible act by the Jamaat leaders to defy warnings in the wake of pandemic?.

This wouldn’t have happened if the Delhi Police had given permission to ply buses to ferry Tablighi Jamaat participants after the meeting was discontinued on March 22 following the Janta curfew announcement. Though Markaz sent back 1500 people, the rest were stuck after the announcement of a 21-day lockdown announced by the Prime Minister.

On 24 March, Jamaat requested the sub-divisional magistrate to issue vehicle passes so that the remaining people could be ferried to their native places outside Delhi. It submitted a list of 17 vehicles with registration numbers and the names of the drivers along with their license details. But there was no response. The Markaz had also informed the police the same day that they were following the instructions and guidelines of the government.

Tablighi Jamaat chief Maulana Saad is absconding after he was charged by the police for defying a ban on large gatherings. Why isn’t he appearing before the crime branch?

Maulana Saad is not absconding. He is very much in Delhi and he will appear before the crime branch whenever they want him to. If National Security Advisor Ajit Doval can meet Maulana Saad, why would he go underground? Today, there is a malicious campaign against Tablighi Jamaat, which I find wrong. It has a history of over 100 years and their teachings are about earning a place in heaven. They are not into any nefarious activities and their volunteers travel across the world to spread the message of peace.

Delhi chief minister Kejriwal ordered an FIR against the Jamaat administration for violation of prohibitory orders...

Delhi government should have spoken to Jamaat leaders when they sought permission to ply buses. In Kolkata too, Tablighi participants were stranded, but West Bengal chief minister Mamata Banerjee made arrangements to accommodate them. This is the failure of the Delhi Police and the administration.

Do you think the issue has acquired a communal color? Hashtags such as 'Corona Jihad' have been trending on Twitter since Monday.

Now that Shaheen Bagh is over, a section of media has picked up Tablighi Jamaat issue to vilify the Muslim community. Is Tablighi Jamaat responsible for the virus spread in China, Italy or in the US? A poisonous narrative has been built by religious bigots to demonize Muslims. There have been several such large gatherings in the country. Why was Parliament in session till March 13?. In Ayodhya, Ramlalla was shifted to new premises in the middle of a complete lockdown. And in Karnataka, Chief Minister along with hundreds of party workers participated in the wedding of BJP MLC’s kin. Did the authorities do testing in Karnataka or Ayodhya? There is a concerted campaign against the Muslim community.

In Indore, a group of health workers were attacked allegedly by a Muslim mob...

I deplore the Indore incident. Health workers should have been treated with immense respect as they fight from the frontline for us. However, both Hindus and Muslims reside in the Taatpatti Bakhal area, where the attack took place.

Some YouTube videos have emerged where Maulana Saad calls upon Muslims to defy health warnings though he released a second audio clip asking Tablighi members to follow government guidelines.

I haven’t seen those videos. There are two issues here: one is Maulana Saad and the other is Tablighi Jamaat. However, I won’t support Maulana Saad if he preached something wrong. If the government and the health ministry asked for social distancing, then we should follow it. Anyway, as you pointed it out, he has corrected himself in the second video.

Coming on the heels of the Delhi riots, do you think that the Jamaat issue will alienate the Muslim community more?

Our priority should be to save lives from the pandemic irrespective of religion. The communal virus is dangerous than Coronavirus, and bigots have turned this into Hindu-Muslim one. The central government can stop this kind of campaign if they want. But they have not.