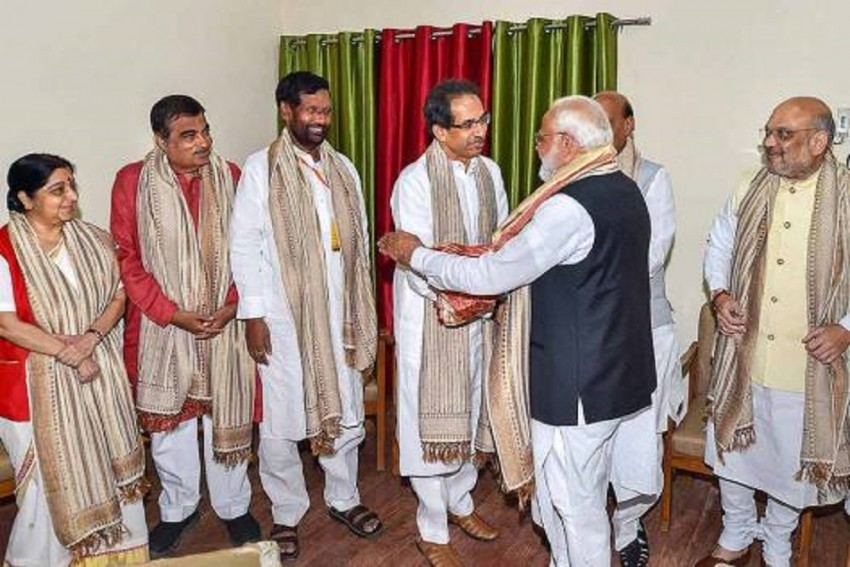 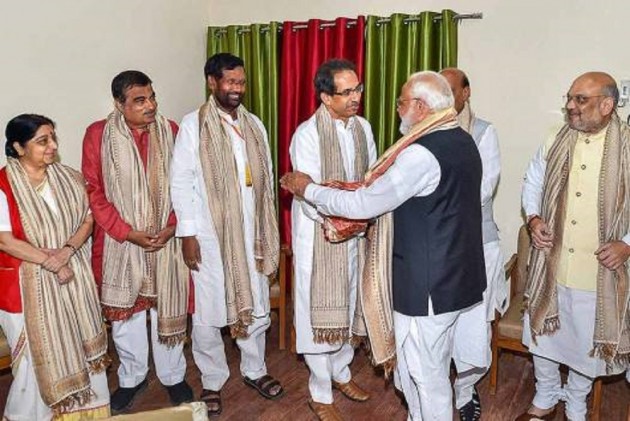 With exit polls forecasting NDA's return to power, top leaders of the BJP-led alliance will meet on Tuesday over dinner to be hosted by party president Amit Shah where Prime Minister Narendra Modi is expected to be present, party sources said on Monday.

Bihar Chief Minister and JD(U) president Nitish Kumar, Shiv Sena chief Uddhav Thackeray and Lok Janshakti Party head Ram Vilas Paswan are likely to attend the meeting, which will take place two days before the counting of votes for the Lok Sabha polls on May 23.

A meeting of key BJP leaders, including Union Ministers and Modi, is also scheduled to be held in the party headquarters before the dinner meeting with allies.

The BJP's decision to host the dinner comes following the exit polls which have been unanimous in projecting another term for Modi.

Modi and Shah at a press conference on May 17 had exuded confidence that the saffron party-led alliance will return to power, and exit polls have furthered boosted their hopes.

Exit polls telecast by almost all major new channels have forecast that the BJP-led NDA will cross the majority mark of 272 in the 543-member Lok Sabha.

Polls have been held for 542 seats as the Election Commission had deferred the election for Vellore seat due to allegations of the use of money to influence the voting.

Several BJP leaders asserted on Monday that the party will get a majority on its own, repeating the unprecedented feat it achieved in 2014 by winning 282 seats.

Modi Ji Wants To Get Me Killed, Not My Personal Security: Arvind Kejriwal