The wedding took place late on Wednesday at the Six Place Kapalankya, a luxury resort located in Milas, 84 km from Bodrum. 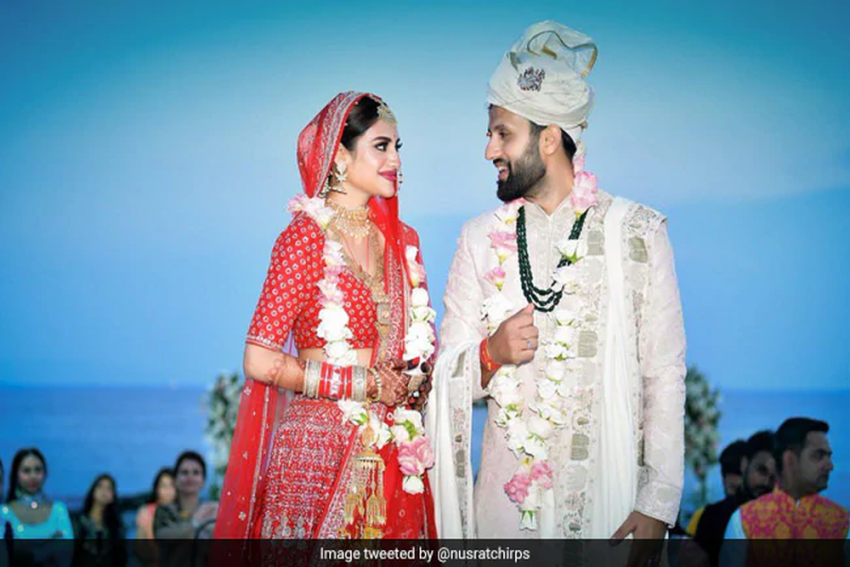 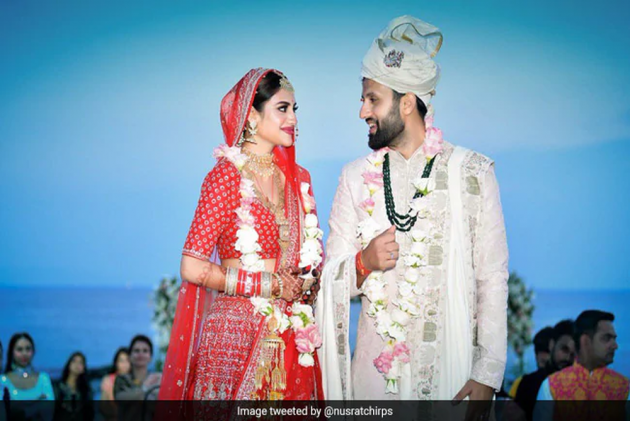 Bengali actress and newly-elected MP, Nusrat Jahan looked every bit the traditional bride in a red designer lehenga, as she tied the knot with her businessman beau Nikhil Jain in the picturesque Turkish town of Bodrum.

The wedding took place late on Wednesday at the Six Place Kapalankya, a luxury resort located in Milas, 84 km from Bodrum.

Sharing a photograph from her wedding in which the couple is seen walking hand-in-hand with the scenic Aegean Sea in the backdrop, Nusrat wrote on Instagram: "Towards a happily ever after with Nikhil Jain."

In her Instagram stories, she posted a close up hand-in-hand shot, and captioned it: "Never will we let go... Can't thank you enough."

A short video of the wedding was shared on the Instagram page of Photography experts Knotting Bells, which was covering the celebrations.

Bengali actress and Jadavpur MP Mimi Chakraborty, who is one of Nusrat's friends from the industry, was also a part of the gala wedding. She wore a bright pink lehenga and was seen blowing a kiss to the bride as she walked the aisle.

Nusrat looked resplendent in the red Sabyasachi Mukherjee lehenga, and the groom chose an ivory ensemble by the same designer for the D-day.

Ekta Saigal Lulla said in a statement, that the idea was to "treat Nusrat and Nikhil to a day that'll be etched in their memories, forever".

Before leaving for the destination wedding, which was only attended by the bride and groom's close family members and friends, there was a Haldi ceremony held in Kolkata.

The newly-wed couple has planned a gala reception ceremony at a star property in Kolkata on July 4.

A large number of Bengali film personalities and political leaders are expected to attend the reception.

Nusrat, 29, was working as the face of Jain's textile chain when they got acquainted last year.

Jain is a former student of MP Birla Foundation Higher Secondary School. After studying management at the University of Warwick, he worked as a consultant inAa UK-based multi-national company.

Days Before Mike Pompeo Visit, US Tells India It Is Considering Caps On H-1B Visas: Report