Malayalam film actor Prithviraj Sukumaran has been in the eye of the storm ever since he tweeted opposing the new reforms introduced by Lakshadweep administrator Praful Khoda Patel. 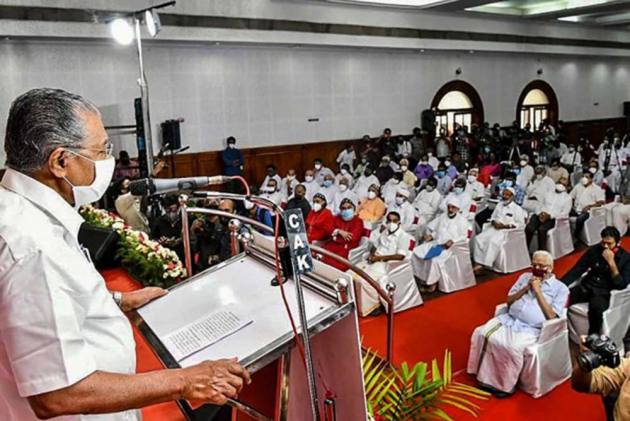 Amid Malayalam film actor Prithviraj Sukumaran receiving backlash for his statement opposing the new reforms introduced in Lakshadweep, Kerala Chief Minister Pinarayi Vijayan on Saturday came out in support of the former.

According to reports, Prithviraj has also been the victim of cyberattacks ever since he tweeted against the new reforms introduced by Lakshadweep administrator Praful Khoda Patel.

Many outfits associated with the BJP and RSS have attacked the actor for his tweets.

The developments come in the backdrop of Patel introducing a slew of new measures including beef ban, land reforms and the introduction of an anti-social activities regulation bill in Lakshadweep, which have not gone down well with the locals.

The islanders have accused Patel of destroying their unique lifestyle through these new reforms.

Amid these developments, Vijayan on Saturday hit out at the RSS and alleged that the Sangh generally adopts an intolerant attitude towards everything and they showed the same intolerance against Prithviraj.

The sentiments expressed by the actor on Lakshadweep is that of the Kerala society and this comes naturally to anyone living in the state, he said.

"Prithviraj expressed it in the right way. Like Prithviraj, everyone should be ready to come forward in such matters," the chief minister told reporters in response to a question.

Opposing the reform measures adopted by the island administrator, the actor had said he was receiving "desperate messages" from people he knew in Lakshadweep, pleading with him to draw the attention of the public to the issues there.

"How does disrupting the way of life of a centuries old peaceful settlement become an acceptable means of progress? How will threatening the balance of a very delicate island ecosystem with no regard for the potential consequences pave the way for sustainable development?" he had asked in a tweet.

Prithviraj Sukumaran, whose film "Anarkali" was shot in the islands in 2015, had appealed to the authorities to listen to the voice of the people of Lakshadweep and trust them to know what is better for their land.

"It's one of the most beautiful places on Earth, with even more beautiful people living there," he said.