Avay Shukla, whose report warning against rampant hydel projects in the state was ignored, says ‘the die has already been cast, and there’s nothing we can do to stop it’.

If the opening of World famed Rohtang Tunnel is hailed as the biggest event in the history in the mountain state, ending the decades-old isolation of tribals in Lahaul-Spiti, the biggest worry haunting this ecologically fragile valley is the reckless exploitation of its resources, particularly its rivers.

More than 16 mega hydel projects have been already allotted to private companies. Though they’ve been reluctant to begin work so far because of connectivity, once they start scaling up their work, it will pose a grave threat to the pristine environment and protected biodiversity of this state, home to several endangered species and exotic flora and fauna.

Following the Uttarakhand tragedy, the voices of those opposed to the rampant destruction of the already fragile eco-system of the Lahaul-Spiti and Kinnaur areas are getting louder.

Last week, 13 leading environmental groups and NGOs voiced their strong apprehensions about another Uttarakhand-type environmental disaster in the high altitude Himalayan belt, particularly the Sutlej, Ravi, Beas and Chenab basins, and wondered why neither the High Court nor the state government had taken cognizance of the Avay Shukla committee reported submitted in 2010. 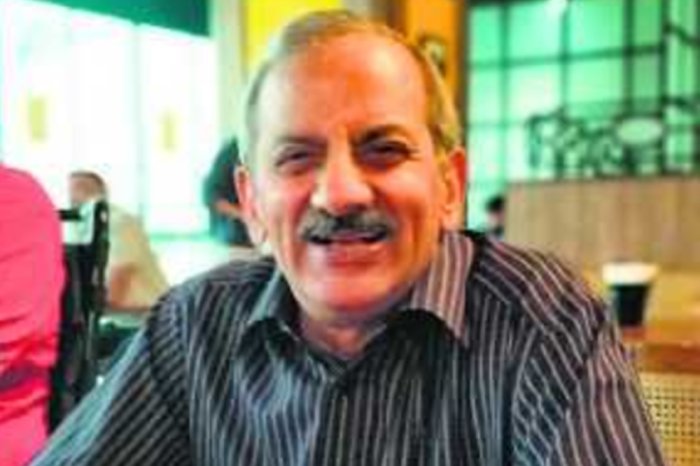 In his 69-page report, Shukla, now retired, had recommended a complete ban on the projects in the high altitude valleys, particularly Ravi, Chenab and Sutlej basins. He also warned that the Ravi river in Chamba district would soon disappear because the minimum riparian distance between the intake point and discharge at the tail end has not been maintained.

The report also points out gaps in the Individual Environmental Impact Assessment (EIA) project reports, leading to valleys like Ravi, Beas and Sutlej being saturated with Hydel Projects.

Finally, the report recommended putting the new projects on hold till a policy that takes into consideration the above inputs is put into place. “This was the most critical part of the report, (but) unfortunately never implemented, “ says leading environmental activist and researcher Manshi Asher.

In a wide-ranging interview, Avay Shukla told Ashwani Sharma that unless there is an immediate moratorium on hydel projects in the state, a major ecological disaster is just waiting to happen.

Q) How do you feel knowing that so many projects have been sanctioned despite your report to the High court recommending against them?

My report of July 2010 was unfortunately never implemented. The opposition by the state government was understandable, but I have never been able to figure out why the High Court took no action on it, considering that it had appointed my one-man committee as a suo-moto action. Mere lip service has been paid to two of my recommendations- the minimum riverine distance between two projects on a river, and basin-wise Impact Assessment Plans instead of individual Project IAPs. The former is not observed even now.

The Chenab basin is the most fragile of the four major river basins and it is shocking to note that 49 HEPs have been sanctioned in the HP portion of this basin, with a capacity of 4032 MW. Earlier, companies were reluctant to come here because of topographical difficulties, but the Rohtang tunnel has now become easier. In this respect, the tunnel will have a very adverse impact on the environment of Lahaul and Spiti districts.

Q) What problems do you foresee as a result of big dams and projects in these areas?

I foresee all the problems which I had detailed in my report- weakening of the geological structures as a result of blasting, tunnelling, road construction; constant landslides and avalanches; massive dumping of millions of tonnes of excavated muck into the river valleys and streams which in turn reduces the water carrying capacity of the rivers and nullahs; deforestation on a huge scale; reduction in flows of rivers/ streams, harming aquatic life; drying up of underground aquifers which feed local village sources of water for both drinking and irrigation. All this will increase and amplify the impacts of global warming and Extreme Weather Events. Hydel projects in the Himalayan region have a dual effect: they act as triggers for natural occurrences ( such as landslides, avalanches, flash floods) as well as reduce nature's capacity to absorb these disasters.

Q) Does that mean similar things happened in Uttarakhand?

Exactly. If the Rishganga and Dhauli valleys had not been clogged with debris and accumulated muck and not been impeded by dams, the sudden surge in waters would have passed harmlessly down to the Alaknanda river and petered out. At the very least there would have been no loss of life and property. Such a disaster is just waiting to happen in Himachal and there is nothing we can do to prevent it. The die has already been cast.

Q) So there are larger worries in the Himalayan region.

Glacier Outburst Floods (GLOFs) are inevitable with global warming. It is only a matter of time. Himachal has 958 glacial lakes of 500 sq. metres and above. A report of state Council of Science and Technology says 109 of them have been formed in just two years, between 2013-15.  At least 352 glacial lakes have been formed in the Sutlej Basin alone between 1993 and 2013. I am sure these numbers would be higher now. With so many of our towns situated on the banks of rivers, the damage which GLOFs can cause is unimaginable.

Q) This has happened already in Himachal...

We all remember what happened about two decades back in the Sutlej valley when a lake in Tibet burst: then at least we did not have so many dams in the Sutlej valley, with their own accumulated bodies of millions of tonnes of water. A similar event today would produce a cascading effect, many times more destructive than the earlier one when water levels in the valley had risen by as much as 30 feet and even threatened the town of Rampur.

Q) So you believe there must be a complete full stop on more projects?

Most certainly- in fact, this should have been done at least a decade ago. Himachal has an identified capacity of 27436 MW of hydel capacity, out of which it has planned to exploit 24000 MW (Himachal Pradesh Economics and Statistics Department). More than 20,900 MW has already been allotted out of which 10,519 MW has been commissioned. The low hanging fruits have already been picked, therefore, and the remaining 3000 MW will be located in the higher, inaccessible and even more fragile regions. These, by definition, will be at higher altitudes, closer to the snowline and glaciers, in prime forests or catchment areas of our rivers. At the very least there should be an immediate and complete moratorium on the remaining 3000 MW and leave something for future generations.