Barely days after his party extended unqualified support to the CAA in parliament, Odisha CM Naveen Patnaik announced on Wednesday that his party won't support the NRC 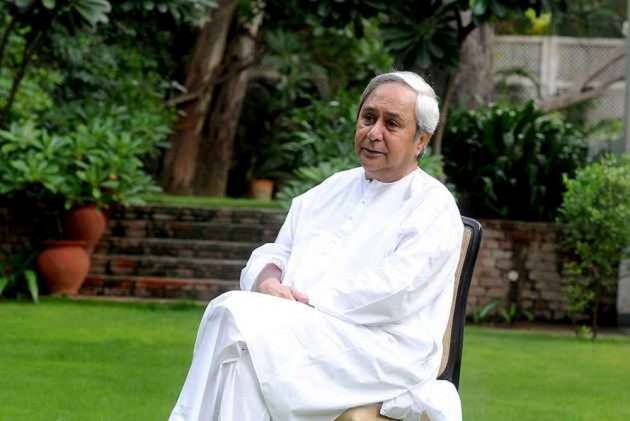 Naveen Patnaik can be all things to all people depending on the situation. Thus, he can proclaim that ‘every bone’ in his body is ‘secular’ after sharing power with the BJP for 11 long years without batting an eyelid. On Wednesday, he made another such turnaround that has left people thoroughly confused about his party’s stand vis. a vis. the contentious twin issues of National Register of Citizens (NRC) and Citizenship Amendment Act (NAA). Barely days after his party extended unqualified support to the CAA in parliament, the chief minister announced on Wednesday that his party won't support the NRC.

For good measure, he also added that his party had made its opposition to the NRC clear in both houses of parliament during the debate on the CAB recently. But this is simply not true. All that his party MPs had said in their interventions during the debate was that the NRC needs ‘more discussion’. BJD Rajya Sabha member Dr Sasmit Patra had also said that the government must allay fears in the minds of Muslims over the twin Bills. There was nothing in all that the party MPs had said in parliament that gave even any indication that the party would oppose it or the BJD government would not implement it in the state.

The volte face obviously came after Muslims in the state were up in arms over his support to the NRC and CAA. First, a delegation of Muslims leaders from Bhadrak, Balasore and Jajpur met Patnaik on December 13 to convey their concerns and apprehensions over the two issues. Next, Muslim organisations in the state marched in a protest rally against the CAA and submitted a memorandum to him in Bhubaneswar on Tuesday. “We had voted for him overwhelmingly in the last elections since we thought he was a secular leader like his father. Now, we feel cheated,” one of the leaders had said.

This, more than anything else, led to the sudden change of heart in the BJD supremo. Quick to realise that his support to the Modi government on this sensitive issue was beginning to cast a shadow over his secular image and – more importantly - could cause loss of Muslim votes in future elections, he came out with the announcement on Wednesday. He was also mindful of the fact that his unstinted support to the NDA government on virtually every issue, including the NRC and CAA, was threatening to sully his carefully constructed image of a secular leader at the national level.

With Union Home minister Amit Shah having already made it clear that the issue of citizenship was entirely in the central government and states had no choice in the matter and even fixed a date for packing off all infiltrators by 2024, it would be interesting to see if his party opposes the Bill when it comes up in Parliament for a nationwide NRC or finds some excuse to support it as it has done on occasions in the past. On the triple talaq issue, for example, the BJD had expressed serious reservations in the Lok Sabha but went on to back it in the Rajya Sabha without a whimper.

Secularism, for Naveen, is a convenient tool to be invoked when his bonhomie with the NDA starts raising doubts about his secular credentials. But that does not foreclose the option for him of cutting a deal with the Modi government on a future date. The support for CAA, for example, came after an assurance by the Home minister that he would look into the demand for a legislative council in the state. The BJD badly needs the council to rehabilitate disgruntled party leaders who did not get tickets for the simultaneous Lok Sabha and Assembly polls in April this year.

Therefore, it is safe to assume that Naveen could still continue with his support to the NDA notwithstanding his opposition to the NRC.