Six bodies have been recovered from the spot while one person succumbed to his injuries, officials said. 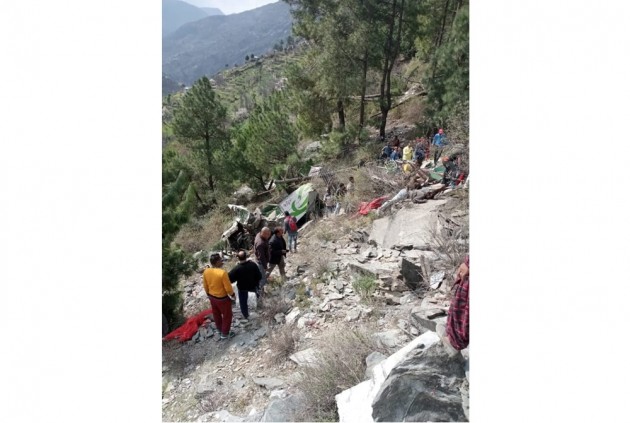 At least nine persons died and 12 others were injured when a private bus skidded off the road and rolled down into a 200-meter deep gorge in Tissa area of Himachal's Chamba district early this morning.

The bus was on its way to Tissa from Chamba.

Six bodies have been recovered from the spot while one person succumbed to his injuries, officials added.

“The Deputy Commissioner spoke to me this morning to brief about the rescue. Efforts are afoot to ensure that injured get immediate medical help and no more casualty is reported,” Chief Minister Jai Ram Thakur said.

The bus was severely damaged and those who reached the spot informed that survivors were in shock and unable to recollect the moments when the bus skidded off the mountainous road.