Barely an hour after Anup Sai’s arrest, the ruling BJD expelled him from the party and stripped him of the post of chairman of a government owned corporation. But the action came too late 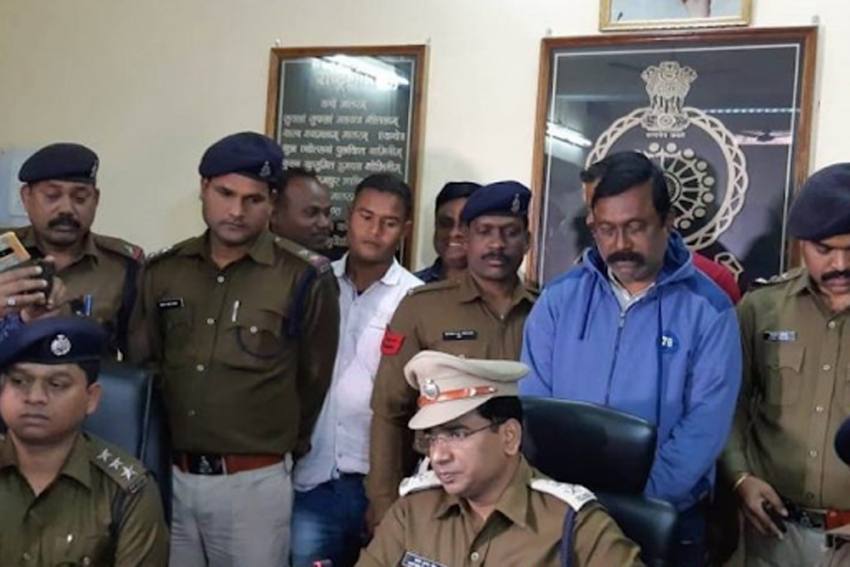 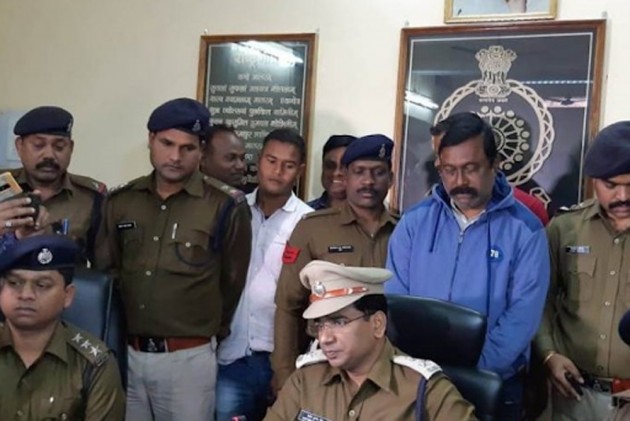 A four-year long manhunt launched by Chhattisgarh Police in a double murder case resulted in the arrest of three-time MLA and BJD leader Anup Sai in Brajarajnagar in Jharsuguda district late on Thursday evening. He has been charged under sections 302, 201 and 120B, Raigarh SP Santosh Singh informed journalists at a press meet on Friday. In a curious coincidence, the arrest of the ex-MLA came on a day when the Supreme Court cracked the whip against criminals in politics.

On May 7, 2016, Chakradharnagar police under Raigarh district of neighbouring Chhattisgarh state recovered the mutilated bodies of a woman and a teenage girl from the forests of Hamirpur. Post mortem revealed that the two had been first hit by a blunt object before being run over by a vehicle in an effort to give what was a gruesome murder look like a case of accident. It took Raigarh police a lot of efforts and time before the bodies were identified as those of Kalpana Dash (35) and her 14-year old daughter Prabhati, residents of Brajarajnagar in Odisha. A constable in Barjarajnagar police station, who happened to be a relative of Kalpana, identified the bodies from the pictures sent by Chhattigarh Police to various states. Police teams visited six states and interrogated about 700 people before zeroing in on Sai as the prime suspect in the case, the SP said.

The SP’s long press meet provided a chilling saga of illicit love, betrayal and, finally, murder. Sai was in a live-in relationship with Kalpana, a divorcee, for years. A married man, he developed an illicit relationship with Kalpana after she separated from her former husband Sunil Srivastav, a man from Bihar, in 2005. They stayed first at CDA area in Cuttack and then in a flat in Sundarpada hired by the former MLA. The school records of Prabhati alias Babli even had Sai’s name as the guardian. The three-time Brajarajnagar MLA decided to bump off the mother-daughter duo after Kalpana started demanding marriage and a share in his property.

Having hatched the conspiracy, Sai took Kalpana to Raigarh on the pretext of marrying her. Blissfully unaware of his intentions, Kalpana happily went with him along with her daughter. While driving through a desolate road near Hamirpur, Sai asked the driver, Burman Toppo, to stop. Sai and Toppo then assaulted and killed the mother and daughter with an iron rod before running them over with the SUV they were travelling in to give it the shape of an accident.

Perusal of the call records of the phone used by Kalpana before her death led Chhattisgarh Police to Anup Sai. Several summons were issued to him to appear at the Chakradharnagar police station (where the incident happened), but Sai kept dodging them asking for proof instead. For the last six months or so, Chhattigarh Police had been tracking every movement of Sai and finally arrested him and brought him to Chakradharnagar on Thirsday. Though he initially denied any role in the case, he started singing like a parrot after he was confronted with all the evidence painstakingly gathered by the police over the last three years during a marathon, 18-hour long interrogation where senior officials of the Chhattisagrh Police were present. He was sent to jail after being produced before a magistrate. Toppo too was taken into custody late on Friday, his family members said. He is being interrogated at an unknown place, sources revealed.

Barely an hour after Sai’s arrest, the ruling BJD expelled him from the party and also stripped him of the post of Chairman of the government owned State Warehousing Corporation. But the belated action did little to absolve the ruling party in the case because the Raigarh SP made it abundantly clear during his interaction with the media that he used all his political influence to stall the investigation.

Sai, a three-time Congress MLA from Brajarajnagar, was inducted into BJD on the eve of the 2014 Assembly election and promptly fielded as the party candidate from the same constituency. But even as the BJD romped home with 112 out of the 147 Assembly seats, Sai lost to the BJP’s Radharani Panda. He was deprived of the ticket for the 2019 elections at the last minute after the party leadership decided to field former Speaker Kishore Mohanty, who was sulking after his Jharsuguda seat went to another Congress import Naba Das, now the health minister of the state, from the seat.

The arrest of Sai has brought the role of the Odisha Police during the whole affair into sharp focus. Though the Raigarh SP did not say it in as many words, he dropped enough hints that Chhattisgarh Police received very little cooperation from its Odisha counterpart during the long-drawn investigation. Significantly, the Jharsuguda SP was kept in the dark during the entire operation on Wednesday and was informed about it only after Sai was taken into custody. There is little doubt that it apprehended leak of information, which would have allowed Sai to dodge police yet again, if Jharsuguda police was taken into confidence.

No matter what shape the probe in the case takes next, it is certain to focus attention on criminals in politics.