Lok Sabha Speaker Sumitra Mahajan on Wednesday has suspended twenty-six members belonging to AIADMK and TDP for causing grave disorder in the House. 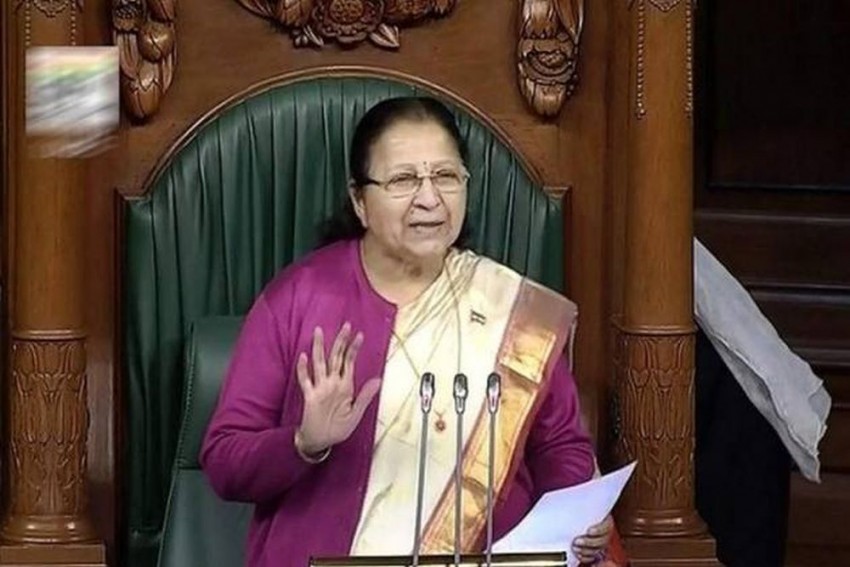 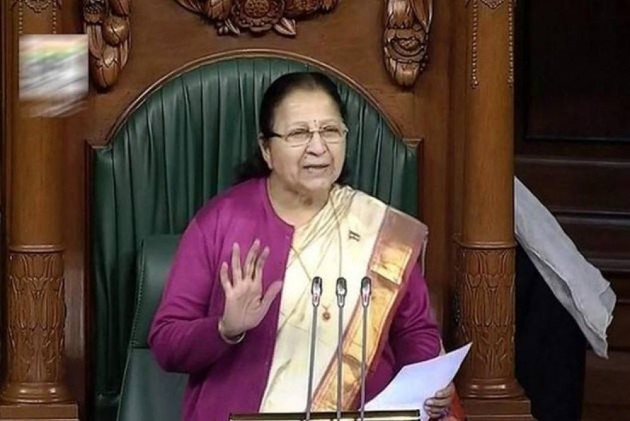 Lok Sabha Speaker Sumitra Mahajan on Wednesday has suspended twenty-six members belonging to AIADMK and TDP for causing "grave disorder" in the House by storming near the podium, tearing papers and throwing them towards the Chair.

The AIADMK members were protesting against the proposal for a dam across Cauvery river in Karnataka while the TDP members were demanding special status to Andhra Pradesh.

When the House was to take up a discussion on the Rafale deal, the AIADMK and the TDP members created a ruckus by grouping near the Speaker's podium and started sloganeering.

Within seconds, some of the protesting members tore some papers and threw them towards the Chair.

Mahajan warned the members that she will name them. As they did not relent, she then began reading out the names of the members who had disrupted the House session.

"All of them stand suspended for five consecutive sittings of the House," she said and then adjourned the House for the day.

Later, the suspended AIADMK members took out a procession within the Parliament complex shouting slogans against the government. Deputy Speaker M. Thambidurai, who belongs to AIADMK, said they have cast no aspersions on the Speaker but have reservations against the NDA government as it had done nothing for Tamil Nadu.