The latest 1st Feb Budget did not have its usual brouhaha as it was supposed to be an Interim Budget till the new Government takes over in a few months. 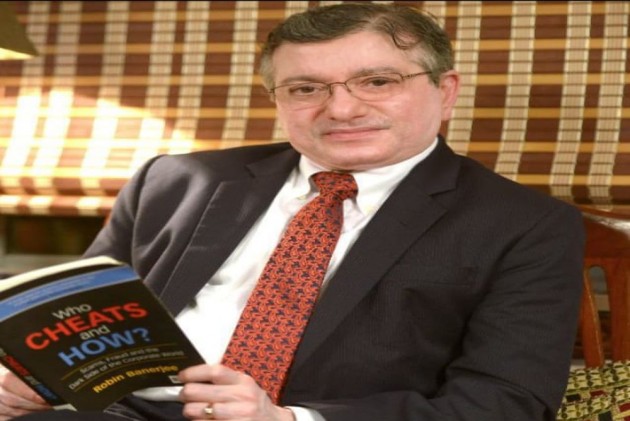 The annual Union Budget presentation in India is like a Bollywood launch. Billboards and TV ads preluding the B-day, showcasing faces of news anchors and industrialists – to communicate that the so-called best brains will unravel the mysteries of the Indian economy, with its despairs and saving graces.

But the latest 1st Feb Budget did not have its usual brouhaha as it was supposed to be an Interim Budget till the new Government takes over in a few months. The people yet were hoping that the NDA Government may still create magic by taking out rabbits out of the Finance Minister’s hat. And, the people of India were not let down.

The planned transfer of Rs 6000 in three installments to each small farmer is a brilliant move to appease the farming community, who has been up in arms for their unviable business model. This is supposed to help about 12 crores farmers holding land up to 2 hectares.

Another game-changing move is the old age scheme to provide a monthly pension of Rs 3000 pm to the unorganized sector workers, at a meager premium of Rs 100 pm. India lacks a sound old-age social security structure. And this move could help about 10 crores workers.

The next big rabbit out of the FM’s hat is the sops to the middle class. Persons earning upto to Rs 5 lakhs pa need not pay tax. In fact, with appropriate savings scheme, even higher income could entail tax-free status. This is supposed to help about 3 Crores, middle-class taxpayers.

Just imagine, the three schemes could theoretically provide direct benefit to about 25 crores of the Indian populace, in some form or the other. India has about 90 crores voters. The Budget has made provisions to target about 30 per cent of them with some sops or the other. Isn’t it sheer magic?

Now, let’s turn our attention to another masterstroke from the sectoral action plan.

Do you know which industrial or infrastructural activity has one of the highest employment potential? It is none other than the real estate sector. The construction of any building sucks in hundreds of direct and indirect labour. No other sector has this potential. This Budget just attacked this sector head-on by providing sops which could enhance demand, unlock unsold stocks and in turn, push more construction activity.

To achieve the real estate sector benefits, the Budget has proposed to allow investments of Rs 2 Crores from capital gains for buying two residential houses, compared with only one at present. He also proposed waiving tax on the notional rent payable on a second self-occupied house. These steps could encourage people with money to have a second home and hence create additional demand.

Keeping the rural sector vote bank in mind, the Budget proposes to create a separate Department of Fisheries. This will result in treating fisheries at par with agriculture. This should help over 1.5 crore fisherman, by making loan seeking easier with subsidized interest rates.

Another wonderful pre-poll magic wand use is targeting the northeastern states for development. It has around 3 crore voters. The budget proposed to provide the highest enhancement in an allocation of funds of over 20% or Rs 58,000 crores.

While the convention is that an interim budget would be a routine exercise of placing before the Parliament a short term receipt and expenditure proposal, but the current one has gone much beyond. Apart from placing a ten-year vision statement for India (clearly keeping the elections in mind), the Budget has carefully targeted chunks of voters and tried to placate them with some benefit or the other.

Nothing wrong with this move of making lives easier or better for large portions of our fellow citizens. But the crucial question remains: where will the Government find the money from?

The Finance Minister has definitely taken out his magic wand to swing the wizardry spell targeting specific groups of populace for positive results. Whether this is enchantment or realism, only time will say.

(The author is the Managing Director, Caprihans I Ltd. Views expressed are personal)